Gonna start these back up but will do them waaaaaaaay less frequently. Here’s a new poll seeing as it’s been a while:

here he is, the man of the hour! how long do you think bam’s big pic took all told? what’s your next project?

What’s your home set-up for your recent albums?

I reckon most pictures were anywhere from 1-3 hours each depending on how productive I felt so I would estimate maybe 100 hours in total for the whole picture.

Not sure what to draw next specifically but I was thinking if maybe there was a way I could fuse music with drawing, I dunno wiki something, draw a pic of it, make some ambient music and a poem and put it online somewhere.

Hello Bammers, I have often wondered about the intended pronunciation of your username, is the nan bit actually spoken, so like Bam! Nan! or is it a silent ‘N’ so like Bam! Man! or is it something else entirely?

Could you please rank the following in order of preference for us:
Ducks
Geese
Swans

Thank you for your time and consideration.

Hey Bam! I discovered CDRWs of your earliest solo work from about ten years ago. You sent me three I think back in the day, but I only have two that I can find. Quite fun!

Question is: is Sonic 2 your favourite Sonic soundtrack? Have you any tracks that you really like from other games? And have you listened to or played Sonic Mania, and what do you make of the remixes and new tracks in that game?

hey Aphex! Thanks very much

Keeping it relatively simple as everything is recorded in my room and I don’t have too much space.

Just use a reliable two channel digital audio interface thingie, Onyx Blackjack, always seems to sound great to me and has both mic and line in inputs, simples and works. Pretty much record everything through Ableton Live so sometimes use my Push 2 midi controller for beats and such, a really lovely bit of kit should dedicate the time to learn the ins and outs, maybe I could make some stuff that doesn’t involve looking at the laptop at all! guitar wise it’s been mostly my Duesenberg 49er for electric Think this covers the basics

A question in 3 parts. What is your favourite track by:

I’m pretty sure it’s as it sounds, it comes from the Midlake album Bamnan & Slivercork which I loved as a late teen and still think holds up as the synths are so weird, there’s a kind of trippy concept vibe to the album about monocled men and air balloons, very strange! 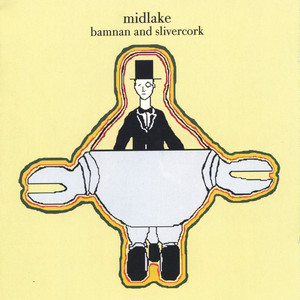 Lovely stuff - really like the design of that mic!

I think I’d have to go ducks, geese, swans in the order you put them!

Ducks are lovely and cute and I love the way they waddle and their shiny green heads, geese look amazing when they are flying in the air and such, and swans are bastards and something to do with the queen so screw them!

it takes a while to warm up cos it’s tube or valve or some analog hipster nonsense but it does sound both warm and crisp and a big improvement over the AKG1000s I was using before, don’t see why I could ever buy another mic really.

hey bamnan. I remember this thing boys used to talk about at school that there was this man who’s dick was so big that when he got an erection he would pass out cos it took so much blood to make it happen. Have you ever heard that before and do you think it’s true? Regardless of whether it’s true or not how big do you think the penis has to be for this to happen?

Ah that’s unreal! I wonder which ones you have?

I think I’ve come along way since them but I did listen to one of my earlier albums this year and I felt some of the songs held up it was just the recording and the vocal performance that let me down, used to be very afraid of singing loud, that’s the one thing I’d probably re-do.

Do you have the Sonic 2 stuff? I think I’ve lost those which is a shame cos that was a blast!

I think it would be my fav Sonic soundtrack, even just Emerald Hill zone is so iconic and fills me with waves of nostalgia and joy, then you’ve got the sinister chemical plant and oil ocean and the great kinda industrial rock of Metropolis Zone, the music is half of what makes that game so great.

Obviously Final Fantasy is a huge inspiration for me and FFVII is maybe the greatest videogame soundtrack of all time. Outside of that though:

I can’t get enough of this particular track on the streets of rage 1 soundtrack, holy fuck it’s so funky and nasty! Unbelievable groove.

Also deep respect for the soundtrack to another Mega Drive classic Flashback which was mostly ambient birdsound and machine beeps but every now and then a funky synth stinger would come in and really highlight tense or cool action moments in the game. The main theme is fantastic!

I don’t think it’s true though it’s kinda amazing the potential size variation in the human penis, imagine if you had noses that could range from like 3 to 15 inches! Wonder what the world’s biggest nose is actually.

Anyhow I would estimate it would have to be around 2ft flaccid and 4+ft erect to cause this.

I’d be torn between two: the brontosaurus cos I had a book of dinosaurs when I was a kid with awesome drawings and the huge neck made it seem really amazing, like the king of all dinosaurs, fuck that boring T Rex nonsense.

Stegosaurus because it was a peace loving herbivore that took no shit from bullies right? Big spines on it’s back but a force for good in the dino world.