Regal was a breath of fresh air around the turn of the century when things went really stale for me. He was a great heel as Lord Steven Regal in WCW too.

Incredible ring strategist - to the point of obsession. But as a result of all that work he would give amazing matches.

An arse, by all accounts, but fabulous up until the time he had to lose the belt back to Hogan.

The post-Rumble 1992 promo is probably the best of all time. As for Flair, I was never a huge fan of him, but can’t help but admire the length and success of his career.

Will be interested to see which 10 wrestlers DiS thinks deserve to be above Flair. Not many I would think.

If Foley hadn’t been such a mark himself, I don’t think he’d be as remembered as much as he is. Now I look back on Mankind, he was a great character, but I just remember being disappointed that he wasn’t Cactus Jack.

Deserves to be in the top 10 - probably much higher. Gorilla Monsoon was referring to him as ‘excellence of execution’ way back when the Hart Foundation first debuted. He was also gifted at Battle Royals.

I didn’t watch a huge amount of WWF during his peak time, but he was phenomenal in the Hart Foundation.

Died tragically young, but he’s just a mid-carder for me.

When he debuted in 1990 he looked unstoppable. One of my favourite moments was watching the Legion of Doom (have they been in this countdown yet?) team up at the 1991 Royal Rumble to put him out - as it looked liken nobody else would be able to.

That Limp Biscuit / motorcycle phase was awful though.

Great in the Rockers, who were amazingly exciting to watch, and successfully moved on to be a main eventer. Not top 10 for me, but not far off.

Will be interested to see which 10 wrestlers DiS thinks deserve to be above Flair. Not many I would think.

This is a bit unfair, Eddie absolutely deserved his main event push around 2004 up until his death, he was a fantastic wrestler and character. His matches with Mysterio in particular are incredible:

Even with a gimmick as stupid as this they put on a classic:

I felt that at the time but now looking back I love watching him and think he smashed it as a main eventer.

Durr, was about to reply and say I said “which” wrestlers, then I read my second sentence and realised I’d confuddled meself. 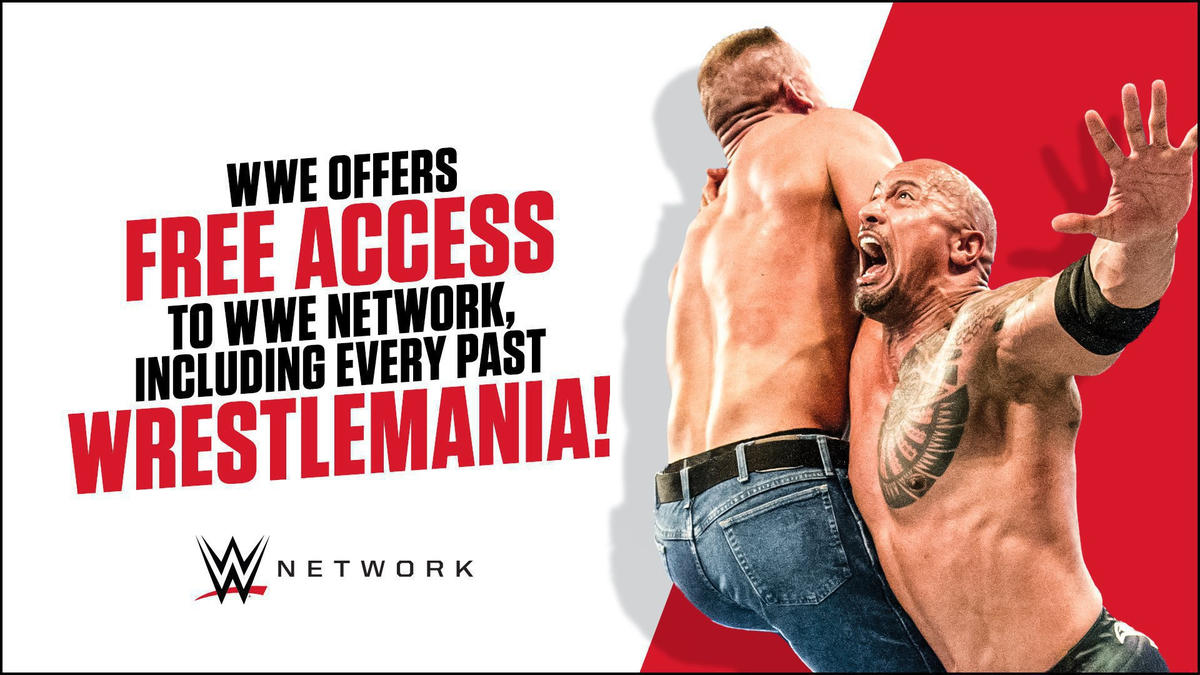 WWE offers free access to WWE Network, including every past WrestleMania

WWE has unlocked a vast portion of the WWE Network library, including every WrestleMania in history, countless pay-per-view spectaculars and more, for a limited time.

Imagine having Steve Blackman searching for you. https://t.co/gbSz20V9EH Have you watched the documentary about him on the network. Pretty heartbreaking when he’s having his last match, in front of about 12 people while he’s getting texts from Bryan on winning the title at mania and all.his dreams were ruined because he was honest on a medical. Glad it had a happy ending with him getting the commentary gig , otherwise it would be one of wrestling saddest stories ( which doesn’t involve premature death).

Never liked Michael Cole but he was the one who Nigel the chance , so don’t mind him now.

Still think a one of official retirement match against Bryan at a big PPV would be awesome. There is a big back story there to tell it. You know DB would want to do it.