Do artists have an obligation to not fuck about after lockdown?

Thinking of bands who don’t play their biggest singles live or twat about making noise instead of playing songs. Can’t be arsed with that after lockdown. Knock it on the head.

Can’t wait for My Bloody Valentine to get on Patreon, offering two new albums a month for the $1 or more subscribers

Let them play whatever they want. We’re all so starved of live music that we’d take my vitriol at this point, and they’ve been hit hard by all this.

Broadly agree. Got to make some allowances for bands like The Cure 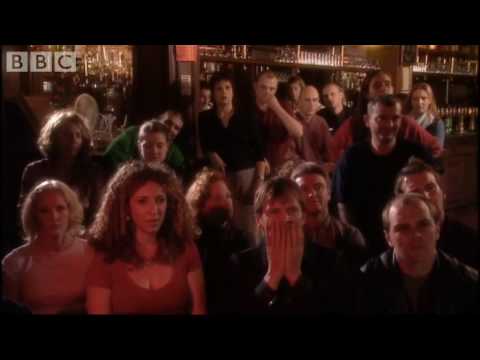 All bands should play a greatest hits set at all times they play live TBH.

“And here’s one from our upcoming album…” are words that strike fear into my heart.

Sets no longer than 45 minutes

Yeah he was gonna be the example I gave but I felt mean. Mess about with a pan or summat if you want but play Ever Rotating Sky at the end champ.

Someone once told me a story about Don McLean being bullied by the crowd into playing American Pie several times in a row at one of his gigs. It’s a good tale but probably not true as I’ve never been able to find any online evidence.

Remember seeing the Manics when Journal For Plague Lovers came out and thinking they got it right regarding new material.
Came out and played the new album in full (45ish minutes) had a quick break then about an hour long best of:

Curfew at 11 when most of the last busses/trains/trams being before half past a decent walk away is just trolling people who don’t want to live in city centres (if I did live in the city centre I probably couldn’t afford gigs). A 10pm curfew is extremely civilised.

Yeah it’s better if the album is a good Un. I really liked JFPL.
Maybe as its the new album the bands are more into it, then they slip on the comfy crowd pleaser slippers

I like it and it’d be cool to see more bands do it. Only for albums sub 45 minutes though. Couldn’t be dealing with Sufjan Stevens wasting an hour and a half of a 2 hour set playing his new ‘fine’ album.

Had to tell someone to shut up at a DTB gig once thinking about it. He was just being loud though.

Came out and played the new album in full (45ish minutes) had a quick break then about an hour long best of:

Fucking LOVE an interval at a gig

If its a very long show or has two distinct sections I’m on board. I’d rather two full, strong sets than the usual encore nonsense tbf