Do you think dogs feel embarrassment?

Like, when you put them in a silly costume or something. Do you think they know everyone is laughing?

I’d be embarrassed if someone put me in that, but then again I am technically a human who has thoughts and feelings.

Why does that dog’s cleavage look like Barbie’s crotch 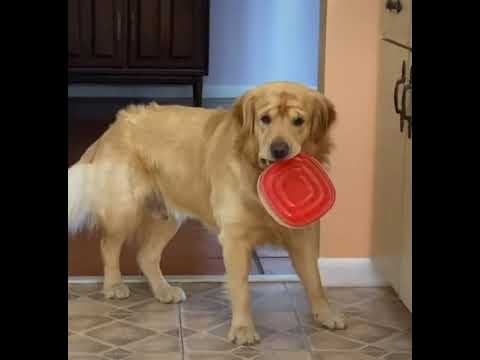 I don’t know about dogs, but whenever I see a cat dressed up as something it looks like it’s plotting some particularly evil form of revenge

Embarrassed at sharing a planet with humans - yes
Everything else - no

Why are you looking at barbie’s crotch?

people who dress their dogs up like that should probably be imprisoned.

Hope the dirty little grasses that work with the police do.

Got to look at something

They look at you when they’re pooing because it’s when they’re at the most vulnerable and want you to keep an eye out for them. Felt awful learning this when I’d sassed my defecating dog rather than offer support.

My dog is the most self-righteous butt head most of the time, but occasionally she’ll do something daft and she’s definitely embarrassed, or at the very least confused about how wrong whatever she was doing has gone

Doubt it. Like how they shit and piss everywhere, it’s some kind of weird power move. They have no shame and they want us to know it.

Yeah, they definitely do. My beloved Monty used to do this thing sometimes where he’d go nuts for about 20 seconds, like running in a circle, doing some barking and generally dicking about and then all of a sudden remember he was elderly and kind of slink off sheepishly. I miss him so much.

I’m sorry he’s gone, he sounds like such a great dog

Saw a poor dog have massively explosive diarrhea at the checkout till in Petco one time. It’s face was pure embarrassment and shame. Poor thing.

Even on normal non fancy dress days it’s like a doggy fashion show around here with coats and shit.

Funny you should say that shrewbs- there’s a weird phenomena in my life that whenever I’m walking past a dog that’s doing it’s business, without fail it will look me dead in the eyes. And I don’t want to look away, cause then I’m the weirdo, and I don’t want to shame a dog for that. So I just have to look right back at them, and then I look like a weird dog shitting watcher.

I’d like to think so. An ex gf from a while ago now has a Instagram account for her dog, and has captioned them in third person as if the dog is writing the captions themselves!!!

The dog looks resentful in all of them.

Look at my stupid nephew posing next to his portrait, he’s about as embarrassed as it gets