Do you write customer reviews?

If so, which sites do you do them on? For what kinds of things?
Do you only do it to have a moan or do you do it for most things?
Care to share any reviews you’ve written of particularly good/bad things?

Chat allowed.
‘Funny’ reviews people have written are allowed but pelase keep them to a minimum.

Not unless I’m asked to, and usually only then if it was particularly good/bad.

Will happily give a star rating when asked and no narrative. Had a recent minor beef with my girlfriend about an Uber driver who she thought deserved three stars despite literally crashing the car into a wall.

I left one TripAdvisor review for a hotel once because there were all these reviews from thick Americans saying “it’s nice but way too far from ‘downtown’” when it was a ten minute leisurely stroll through a nice wood and next to a lovely lake and I wanted to counteract those. But that’s it.

Once had to tell a client they couldn’t get a patent because of a review they left on Amazon. That was fun*.

I sort of think people who don’t just accept that things go wrong sometimes and run online to moan instead have something wrong with them.

New to every thread on dis?

I wrote out a review for a really nice restaurant I ate at in Italy, but deleted it all because I couldn’t be fucked.

Nearly left a snotty review for a restaurant in Amsterdam because they never served me the beer I ordered THREE TIMES and then tried to charge me for anyway, but I had an out of body experience while writing it and decided I didn’t like that person at all and deleted it. But that’s it.

Well I mean in a way that’ll like directly affect people’s work. Moaning on here’s fine.
Cool, even.

If i have a bad experience somewhere, i just don’t go there again. If i enjoy it, i will. That’s enough for me really.

I don’t think I ever have. someone staying in the flat was trying to pressure me into giving them good reviews for things I’d never been on. I haven’t done so, I do not plan to (though I did gave noncommittal assent - yeah, I’ll do it at some point but I’m busy right now)

I try to sometimes because I know it helps but man it can be hard.

Recently I went to Argos to collect and pay for a new iPad I ordered. Was in the shop about 2 minutes with 20 secs being interaction with the staff.

They were nice so I thought I’d respond to Argos’s email.

What followed were 35 questions to answer, many almost identical ways of asking the same thing, most of them having zero bearing on my shopping experience. FUCK THAT.

I went through a stage a couple of years ago of writing daft TripAdvisor reviews of places I had been, always giving 5/5 - because it’s nice to be nice - but in a slightly unhinged way. It was fun for a bit, but then I got given more stuff to do at work and no longer have time for any side hustles. I was particularly proud of a Jamiroquai-themed review of Stirling Castle.

professionals of dis - ever been asked to write a recommendation on linkedin for someone? Some guy I worked with on a project asked me to do this (via linkedin messenger), but I ignored it obviously. I’ll just say I didn’t get his message if I ever bump into him again

Yeah i think people only writing reviews for exceptionally good or bad experiences skews these things. Feel ike if you’re gonna do it you kinda need to write constructive reviews of lots of stuff.

I was particularly proud of a Jamiroquai-themed review of Stirling Castle.

post it here, obviously. also, no time for side-hustles while posting on DiS

I rate and review stuff on Google maps (and also add photos) for Google points. I currently have 883 Google points but fuck knows what they’re for.

I rate and review stuff on Google maps

Oh go on then 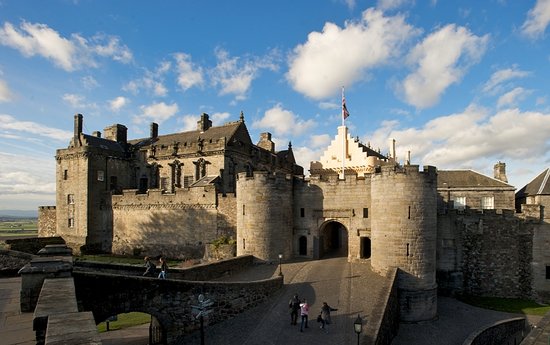