Does anyone on dis have any band logos or album covers as tattoos?

I really like the cover of Low’s “Ones & Sixes” and was thinking of getting it as a tattoo; Then I was thinking maybe I could get the cover of Mitski’s “Be The Cowboy” to remind me how much it fucking sucks ass.

I did think recently that just the circles from the Ladies and Gentlemen We Are Floating in Space cover might be good, just in simple black thin lines, but people might think it’s the Audi logo or something so I don’t think that’s a goer. 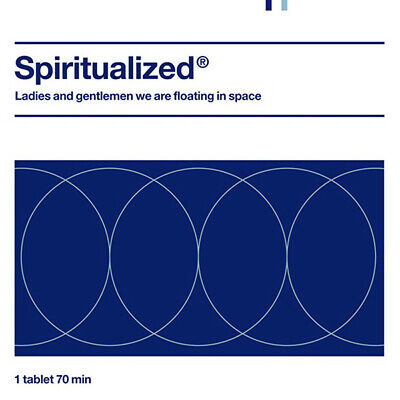 Not a tattoo guy, always kinda liked the idea of the GBV logo as a tattoo but I just got a badge of it instead Not me, but I have a friend who is covered in 311 tattoos. It looks like he fell asleep in the sun covered in their albums.

It’s a good logo but to the uninitiated it might look a bit fash.

I would never do this for fear of a key band member being revealed to be a Morrissey, or worse. Yeah that’s another thing, I’d hope Low would be a safe bet on both counts

The exact tat I’m thinking of getting … finally

I got this reaction when I mentioned getting it previously, but then also got a few people saying it looked actively anti-fash. So … call it a draw?

That’s probably a relatively easy one to cover up if you need to as well, just add leaves

Yeah I could never. Don’t think I could get a tattoo of anything to be honest. Just think the fact that I had a tattoo of whatever it was would place far too much significance upon it. Modest Mouse balloon on my left forearm, was my first tattoo. Just waiting for all the bad shit about Isaac Brock to come out before getting it blacked out.

Yeah one thing I’ve always been sure of, ironically, is that I’m not sure of myself enough to get a tattoo. I’d overthink it and end up disliking it

I’ve got the Skinny Puppy SP logo on my right forearm. It was my first tattoo at 18, I was on acid and it tickled. I just had the outline done, not filled, and intended to eventually get it filled and have some of the monsters done around it (all black ink), but never have. Was really close to it a few years ago but didn’t go through with it. So the sole outline remains, 27 years later. My fear would be that you met a band member (ignoring that this in itself might be a bit cringe), and they said

“…is it? Oh yeah! We found that on a packet of incontinence pads in Japan and used it for a laugh!”

Don’t have any tattoos but was always fascinated by the Rocket From The Crypt fans who’d get into gigs for free if they flashed their band ink at the door. Seems it was good until they broke up and then reformed - sadly the world had moved on 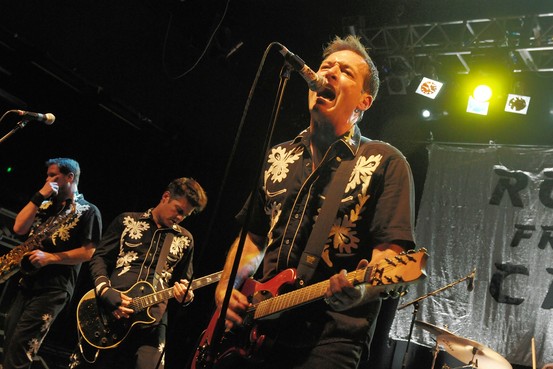 For Fans of Rocket From the Crypt, a Tattoo Was Once Just the Ticket

Rocket from the Crypt, a San Diego band, made an implicit bargain with fans during its 1990s heyday: Those with a tattoo of its logo could get into shows free. Now the band is on a reunion tour, and can't make good on the bargain.