Does Specificity Make A Song Great?

I was listening to ol’ Malcolm Gladwell’s Revisionist History this morning, specifically this episode:

Listen to “The King of Tears” Season 2 Episode 6 of The Revisionist History Podcast with Malcolm Gladwell.

Now, I’m not going to let me opinion taint this post, but the crux of what Malcolm is arguing is that truly great sad songs are made great because of their specificity.

Specifically, he argues that this is what makes country music so great, and far better than vague, abstract stuff like The Rolling Stones’s Wild Horses which people can’t be moved by because the lyrics are all abstract.

Some examples of songs which deal with specificity where it works very well off the top of my head are Shellac’s Prayer To God or that latest Mount Eerie album.

Considering i only really listen to Mark Kozelek these days, I’d say yes.

Nope, a song can be TOO personal and make me feel uncomfortable or disconnected. Sometimes ambiguity helps a song resonate with you because in most cases you don’t have this emotional attachment to the musician performing the music.

I actually thought this episode was a great example of how good at Malcolm Gladwell is at presenting things as fact which are entirely opinionated. Don’t get me wrong, I enjoy his podcast, but his views on music are particularly infuriatingly patronising, a bit like when Richard Dawkins has a rant at the start of Unweaving the Rainbow about creators not basing everything they write on reality.

Surely there’s room for both, and neither is inherently inferior to the other. Sometimes you want reality and sometimes you want escapism or more abstract. Is Blonde on Blonde automatically lesser than Freewheelin’ because it’s largely surrealist gibberish?

It’s like saying no work of fiction can ever be as great as a documentary.

You’d also struggle to argue much instrumental music was great by Malcolm’s logic.

Eh? Wild Horses is better than literally every country song ever written. Except Convoy.

Maybe it’s different if you think the words are more important than the sound.

I can’t listen right now, but how does he define specificity? Is it Mark Kozelek level or is it just not Mars Volta level?

I can think of really amazing sad songs that fall all across the specific-abstract spectrum. Sigur Ros might even be enough to disprove it as a blanket statement though, Staralflur and Stormur in particular. The former’s last string swell is kind of one of the most overwhelmingly depressing things ever written.

Whether it’s about knocking on wood makes it great.

I didn’t ever feel he was dismissing other music personally.

His point was that Country Music has a specific appeal and to whom it appeals it resonates very strongly.

In terms of Country Music he’s saying it’s about sadness and it’s far more biting than other stuff. I mean that’s fine. It’s a bit like comparing the emotion a big blockbuster gives you to something like, um, Nil By Mouth?

Dunno about specific being best. But more often than not the worst songs have hollow lyrics full of vague platitudes

Not gonna lie, I really enjoyed him putting the boot in on the Rolling Stones

I enjoyed the podcast when I listened a few weeks back, was well put together and had an engaging narrative but I dunno…country music isn’t something I’ve ever got into properly and though I don’t hate it i just can’t resonate with it. I actually don’t think it’s to do with the lyrics, maybe the music and arrangement choices and cadence the vocal melodies have. Plenty of “rock” songs have moved me in quite significant ways, in true DiS bedwetter fashion at least 3 Radiohead songs have brought me close to tears and their lyrics are quite vague. I’ve cried watching Kate Bush as well. Didn’t cry at the end of Gladwell’s podcast though

I listened to the podcast last night and thought it was pretty enjoyable. I didn’t really agree with his conclusions, but the journey was interesting.

The thing Gladwell overlooks though is that country music writes mainly about sadness because that’s the convention. When it’s churned out out of expectation like that and by writers writing hundreds of such songs, are sad lyrics with homely references to familiar places that the narrow intended audience will be able to latch onto anything more than a gimmick to hook in that audience?

He come dangerously close to making the point that more detailed lyrics are more interesting than more generic ones - which doesn’t really tell anyone anything.

He also overplays the importance of the lyrics and underplays the importance of the instrumentation and arrangement I think. For all that the lyrics in mainstream country may be more unusual in imagery or specific, the songs are very generic and conservative in every other respect. It’s all just a vehicle for the words - I’m not sure any song can be described as great when it’s so similar to hundreds of others around it.

I think it’s worth noting we are a very ‘musical’ audience. I mean people on DiS find mostly instrumental stuff like Sigur Ros will move them to tears. I don’t think that’s exactly a ‘normal’ reaction but I think we are far more affected by the, er, ‘holistic’ nature of a song, for want of a better term?

I don’t think the average person necessarily is that moved by all music. Lots of us are moved by different things and some things are inherently more moving than other things.

for me it’s that music is relatively easy to make sound nice, especially when you can quantise and sample anything you want, so 90% of all good music is just not that exciting when you can imagine yourself creating it. A novel turn of phrase or fitting a narrative into a structure seems a lot more challenging and interesting as a result.

Ha, yes I get that – like with the AOTY polls when people bemoan the fact that the lists are safe or predictable…when they’re made up of bands 99% of the general public have never heard of. The man on the street isn’t generally thinking “Oh god, Julia Holter topping yet another poll. How tedious”. Or the colleague who I posted about giving a lift to recently who found the Mogwai record that was on way too weird and out there to comprehend…when judging by the reaction to my post, most people on here would seemingly roll their eyes that it was a tired sound that had already been done to death.

Ultimately, there are no great truths or generalisable opinions when it comes to music, so I enjoyed hearing Malcolm’s highly personal take on what made certain country music records special for him (even if they sounded like complete schlock to me).

On a related note, a couple of friends of ours got married recently and about half the wedding guests were from Texas. We had our own way most of the evening, but at the end of the night there was a full on Texas takeover of the music and about an hour of solid country followed. They all fucking loved this dude and this song (who is actually featured on the podcast) while the Brit contingent couldn’t believe that he, his video or his music were taken seriously by anyone.

We all particularly enjoyed the specificity of the lyrics: “way down yonder on the chattahoochie, it gets hotter than a hoochie coochie” 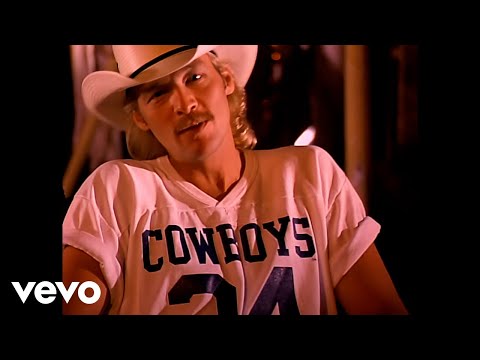 I think it comes down to whether that situation is relatable, even though it’s drawing on a certain unique incident. The Mount Eerie album is specific, but the grief and approach to grief is something a lot of people can understand.

For an example of how not to do it -that second Bloc Party album which had a couple dozen references to living in London (Northen line is the loudest/let’s drive to Brighton on the weekend, the one about the fucking sudoku). Which means little if you live outside of London and is a little cringeful if you do. So not only is the content quite distant but the mood and feeling it’s trying to evoke -being apathetic and detached in a bustling city- doen’t land at all and the specifity becomes easy to ridicule.