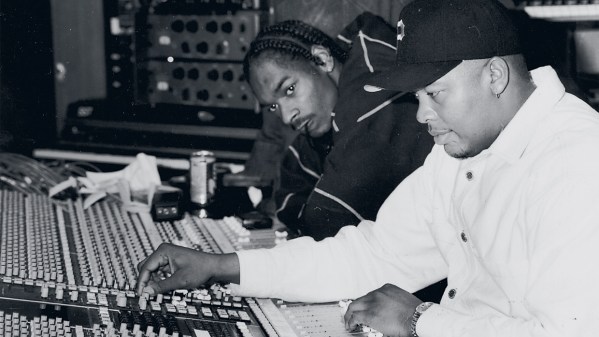 How the “Cop Killer” controversy, Dre and Snoop’s family connection, and the D.O.C.’s raspy new voice played into the 1992 gangsta-rap landmark

Weiss wrote about this too The classic album codified G-Funk, sold a million White Sox hats and introduced the world to the addictive drawl of Snoop Dogg.

Think Rat-Tat-Tat-Tat is my personal pick, followed bt stranded on death row… love this album even though for me 2001 was a much bigger deal as I got acquainted with rap

Fuck right off, no way that’s 25 years old. Jesus. Wouldn’t have even thought it was 20 years old!! WOT AN ALBUM

This the main thing that strikes me whenever I shove it on. Dre made headphones records that’d make your trunk rattle. There aren’t many hip hop albums made up to that point that hold up so well with a good pair of cans.

Same could be said of Efil4zaggin which is even older. Dre always has been a fantastic producer of sound.

“Bodies being found on Greenleaf…”

Not much to add really. Classic album. I know it’s super obvious, but my favourite tracks are still Let Me Ride and G Thang.

Also, yet another rap classic that isn’t on Spotify.

Beats are owned by Apple, innit

Chronic not being on there is a weird one to me. He owns digital rights so idk. Seems like he’d take 2001 off too but maybe he doesn’t own the full rights to that one? Maybe sample clearance issues w chronic? Kinda crazy that he dropped another album recently and it’s basically been forgotten about.

Yeah. Bits of that album were decent, it was so much better than anything he’d put out in the last decade or so before it (i need a doctor, crack a bottle etc), it wasn’t completely musically irrelevant and it broke Anderson Paak. Yet it’s somehow so unremarkable and forgettable the same time

Not strictly elated to The Chronic but I came across this lately - pretty fun listen. Is what it says on the tin. Orchestral versions of Dre beats.

It’s a real forgotten Dre classic. A real earworm if ever there was one.

Yeah. Crazy that he’d never look to camera given what he’s become.