Duke of Uke presents an exciting new program of Sunday Sessions, kicking off with an eclectic mix of 5 acts including the amazing SEF and The International Lovers.

Join us in the intimate and unique surroundings of London’s Famous Ukulele Store, Duke of Uke, for the first night of this exciting program of events.

The International Lovers - psych-influenced rock/pop
Fresh from playing the Duke’s MakeMusicDay event in June, The International Lovers are a band from Bletchley formed through a mutual love for psychedelic music. Their sound is inspired by Garage Rock melodies and smooth rhythms of Bossa Nova, as well as contemporary bands like the Growlers, Mystic Braves and Allah Las. The band will be performing in a stripped back acoustic form for us.

Sef - dreamy acoustic DIY pop
Sef is the musical alias of Christian Fernández Mirón, artist and educator based in Madrid. As a solo artist, Sef performs with ukulele, guitar and piano. He has performed for audiences of all sizes and ages in a wide range of venues including forests, hair salons, rooftops, theatres and auditoriums and now for us again at Duke of Uke. After many years of playing live shows, in 2014 he released a video entitled “Independence,” a bilingual collaboration with many other artists and an EP, Debout.


Jemma Freeman and The Cosmic Something (solo) - experimental queer art rock
The Cosmic Something is the first solo project by multi-instrumentalist and songwriter Jemma Freeman. Known previously for their song writing and guitar work with dreamy psych band and Duke in-store alumni Landshapes (Bella Union) and new wave art band The Fucks, Jemma has taken these two approaches and tinged them with energetic glam rock. Their first EP, Someone Else To Blame, was released in 2017 by London based DIY label Friction Shifter and has had tracks featured by John Kennedy on Radio X and Tom Robinson on BBC 6 Music.

Shy Charles - folk-pop dance harpist
London’s Shy Charles is a singer-songwriter who writes for harp. Their songs largely centre around relationships - for better or for worse - and they also have an impressive back catalogue of covers of many different genres, from pop and dance through rock and traditional harp folk songs.

Softboy - ukulele-led indiepop
Opening the night will be London-based Canadian Softboy, AKA Nick Mineiro, a bearded, bespectacled songwriter drawing influence from a clear love of Tegan And Sara, Beach House and Steven Universe. His live set is usually a mixture of original material and some reworked covers. 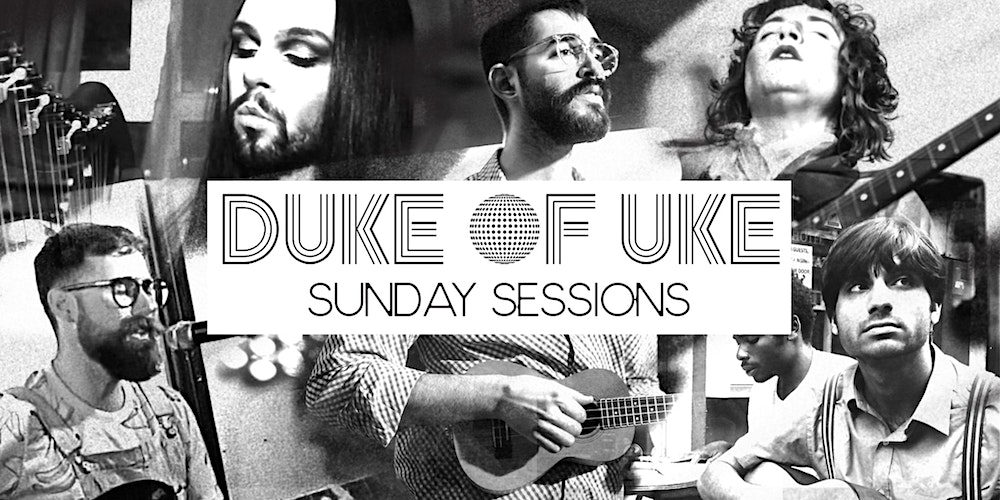 Duke of Uke presents an exciting new program of Sunday Sessions, kicking off with an eclectic mix of 5 acts including the amazing Sef and The International Lovers.Join us in the intimate and unique surroundings of London's Famous Ukulele Store, Duke...