They’re waiting for @Mert_Aksac to watch the first one.

I URGE YOU ALL TO NOT LIKE THIS POST. INSTEAD SCROLL UP TWELVE POSTS AND SHOW SUPPORT FOR THE ORIGINAL

Always happy to influence another comedian

Got this for mum didn’t I 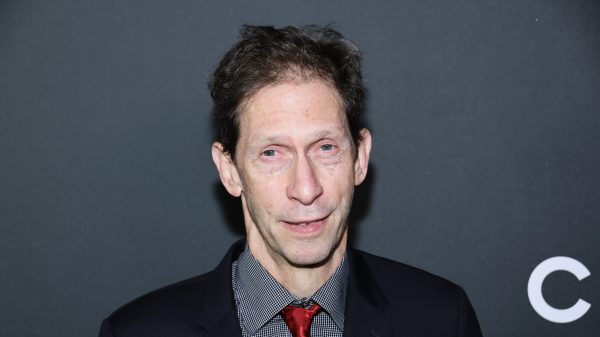 Tim Blake Nelson is the newest addition to the cast of Dune: Part Two, Deadline can confirm.  Details as to the character he’ll be playing in the film, which wrapped production late last year…

Sacking off Now movies at the end of the month, so I’m gonna rewatch Dune (2021) tonight

Really enjoyed this btw, still a hell of an achievement and I’m psyched for the second party. My frustrations were still the same as the first time really, on how little it got into the politics, and you don’t see the space navigator blob people.

(Both vs the Lynch version, I’ve not read the books)

You probably already know but I think I read that Villeneuve is saving the navigators back for part two. Can’t bloody wait to see them.

I did not, excellent news.

I find it quite funny that, despite how much exposition there is in both films, neither of them so far have delved into why they use them, I only aware of the the human / AI war, ban on “thinking machines” stuff from reading Wikipedia. Anyway.

I re-read the book recently and I think it would make sense if this new film is strongly about the politics, and I’m not even sure they can make it without that side of things. But equally on the re-read I realised that what politics there is in the first half (or so) that they filmed, is fairly unexplained and confusing without the revelations in the second half*, so it makes a lot more sense to have done the film as they did, where the only thing you really understand is that the Harkonnens and Atreides are very much mortal enemies.

*Worth saying I also think the politics are sort of rubbish in any case but I can’t really go into that without rambling on into stuff that might be spoilerish and for all I know they will make it come to life a lot better in the film. Edit, if you want my ramble about the book and the politics it’s here 👽🚀 pew pew let's have a sci-fi thread pew pew 👽🚀 - #1195 by 1101010