The next chapter in this timeless exploration of the human, elven and dwarven condition.

As always, apologies for any errors, I typed this up very quickly from terrible notes.
Big thanks to the team for another great session.

The story so far

Gundren Rockseeker, a close friend of the party, is missing. He’d recently found a map he thought would lead him and his two brothers to Wave Echo Cave; a magical cave that most people assume is a myth.

Gundren and his bodyguard, Sildar, were ambushed on the way to the town of Phandalin. The party rescued Sildar but Gundren had been taken, maybe to somewhere called ‘Cragmaw’, at the request of ‘The Black Spider’.

Despite being framed the murder of Sildar’s missing wizard friend, Iarno, the trail has turned from cold to lukewarm. The town is in the grip of a bullying militia called The Rebrands and a new acquaintance has told the party that there’s a goblin in the Redbrands hideout who might know where Cragmaw is.

It’s the middle of the night and the team are in the cellar below Tresendar Manor. They’ve found a poor family held captive, but now appear to have hit a dead end.

Faced with a dead-end, the only way back seemed to be across that pit trap which slowed them down last time. So the party started searching around. Zana searched the crypt room so well, they’re now BFFs. But unfortunately no one was uncovering anything helpful.

Until Gloren felt a slight breeze at his back, coming from the corridor leading to the armoury room. He looked a little harder and found a D&D classic: a secret door!

As the rest of the team took up covering positions, Gloren opened the door as sneakily as he could. As the door moved slowly open, it caught on a small stone and scraped loudly across the flagstones with a long, piercing screech.

Everyone held their breath, but it seemed like the coast was clear.

They slowly moved into a room whose southern wall opened into a large cavern. The room was filled with packing crates, straw, hammers, nails and crowbars. As Gloren moved out of the way to let everyone else in, he ran straight to another secret door and found it easily. Deciding not to be the sneaky one this time, he asked Fannloy to open it. The door creaked open and behind it was a staircase that led down to a dead-end. Or, as we say after finding two secret doors in less than a minute, a “dead-end”.

Suspecting the cavern may lead to an exit that the recently freed family could use to escape, Sir Kelross bounded in. The cavern was cold, damp and stank of rotting flesh. There was a large crevasse running through the middle of it, with two bridges over it. Two pillars of rock ran floor to ceiling. From behind one of these pillars jumped a strange creature: a large grotesque humanoid with gangly limbs and one massive eye. A nothic!

Recognising the creature as evil and acting on instinct, Sir Kelross fired an arrow straight into the beast’s shoulder. It took the hit but barely flinched.

As the others began to move into the cavern, the nothic fixed Sir Kelross with its rotting gaze. Sir Kelross felt sick, shivering with fever as pain surged through his body.

Gelanur hit the nothic with a crossbow bolt and sang a short, inspiring song to Sir Kelross, encouraging him to ‘beat the one-eyed beast’.

Gloren ran in and gave a good kick to the creature’s face. It shrugged off the attack and retaliated with a couple of savage claw attacks.

A loud, booming thunder rattled around the cavern. As the wave blew from Zana, Sir Kelross and Sir Curtas stood firm, and the nothic didn’t seem to pay it any attention. Poor Gloren, however, still recovering from a savage clawing, was knocked clean off his feet and thrown against the wall.

Gelanur healed Gloren as the rest of the team failed to hurt the beast. Gloren, feeling rejuvenated and angry, sliced at the nothic’s eye with his axe. For the first time, it looked actually hurt. As it recoiled and stumbled around, it was an easy finish for Fannloy’s sacred flame.

With no time for recovery, the team saw that the commotion (and possibly the very loud thunderous spell) had attracted the attention of more redbrands. OH NO!

As they entered the cavern from an unexplored corridor, the lead redbrand was welcomed by an arrow to the gut from Sir Kelross. They charged in and repaid the ranger with two brutal sword attacks that left him badly wounded.

As Zana and Sir Kelross backed away, Gelanur inspired Gloren with a Leonard Cohen song, helping him to land a corking punch on a redbrand. A punch which left him easy pickings again for Fannloy’s fiery finisher, but unfortunately not before the thug had dealt a savage blow to Gloren. The clawed, blasted and now sliced dwarf fell and lay bleeding as the remaining redbrands pressed their attack. If they got to him, they would be able to finish him off easily.

Then something happened, it was the kind of thing where a rousing theme tune would normally play. So, imagine one playing now if you want.

Gelanur dashed to Gloren and helped stabilise him. Zana turned into a dire wolf, ran through the crevasse, leapt over the prone body of Gloren and bit a chunk out of the next redbrand in line, knocking him down as she did. Sir Curtas stepped forward and slid his greatsword through the fallen thug to finish him off. Zana bit into the next redbrand (in what could now be described as a ‘queue of death’), then Sir Kelross took an expert shot that killed him instantly.

Sir Curtas then strode forward, squared up to the final redbrand and asked him to surrender. A quick look at his three dead friends, the uninjured knight and a huge dire wolf, and the decision was made. The redbrand bargained for his freedom in return for information.

He told the party that the redbrands had kidnapped that family to sell into slavery. They did that a lot. Glancing round the cavern, it was easy to see that the southern exit led outside and provided an easy way to move things in and out of this hideout without anyone in town seeing it.

He also told them that Glassstaff was in his quarters with no guards except his pet rat, and his quarters could be accessed either through the corridor the redbrands had just come from, or that staircase to a “dead-end” they’d found earlier. He’d never heard of Gundren or seen any dwarves down here.

After letting him run off, the party escorted the family they’d rescued towards this exit. In gratitude, the mother told the party that there was a very valuable emerald necklace in the herb shop of a town called Thundertree. They’d fled Thundertree after it was overrun by the undead, but if they party fancied going there, the emerald was theirs as payment.

Exploring the cavern, they found a chest containing a special longsword. Sir Curtas recognised this as Talon, the sword of The Black Hawk! The Black Hawk, or Aldith Tresendar to his parents, was killed in the orc invasion that destroyed the original town of Phandalin. His sword was lost in that battle and here it was, guarded by a nothic, under Tresendar Manor.

So, onto Glassstaff now? Can they handle the redbrand leader and his rat? Slavery eh? That’s a bit shit, even for these pricks. What else lies in this underground hellhole? How many more secret doors can they find? Are they considering going to Thundertree for an expensive emerald? What else can Gloren be hit with?

We really didn’t get much done this week, did we?

It was an exciting scrap though

. I’m enjoying our blend of newb errors (as I guess our characters are newbie adventurours too) and heroic saves!

how does one go about becoming a nothic? 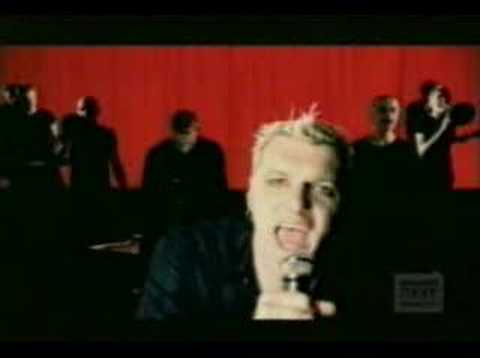 The moment you went down, Zana and Sir Curtas plugged the gap, while Gelanur healed you and Sir Kelross took an eye out. I wish I’d left my video on so you could see me cheering

Step one: consolidate both existing eyes into one massive eye.

ALSO, as Dingers mentioned in the other thread, if anyone genuinely did want to listen in next week, just let me know and I’ll share the Discord.