Okay, well that’s definitely not how I or others I know saw it.

If you publish something and use D&D stuff I think it has always been in a tricky place in terms of what it is and I don’t believe, regardless of the nature of the contract, that Wizards could ever win a case where they attempted to monetise an adventure I wrote that I put on DriveThru TBH.

Clearly problematic for Pathfinder and some other specific things like that who are based on it.

The article makes it sound like DMs can’t write their own material any more, which is more my big issue with it. Seems to be written by someone with no real experience of the game or what it is.

Anyone else watched the new Legend of Vox Machina episodes yet? I’m curious about what people think who don’t know the story already.

I will be that guy when I get a chance.

I’m maybe DMing another new game in a very odd time slot but looking for players beyond the pair I have if anyone is interested or knows anyone.
Details:
-10am to noon, Tuesdays
-starting in March and limited run until potentially October (playing with a NZ friend and a quirk of different seasons/daylight savings makes it not too late for them but only in this span)
-playing one of the adventures from Explorer’s Guide to Wildemount which are supposedly written with being beginner friendly in mind so hopefully good if anyone wants to try a first game (obvs still good for anyone, I hope)

I know this probably won’t have any takers, but thought just in case

Anyone else watched the new Legend of Vox Machina episodes yet? I’m curious about what people think who don’t know the story already.

I have watched them yeah.

Yeah it’s good, although a little clunky with the whole brother/sister thing I guess. It’s a shame they didn’t seemingly riff on that a lot more in the first series so that it felt less of an obvious thing here.

(Also wasn’t sure if the thing where the Dragon seemed to recognise the Druid and we got that flashback to the eye in the sphere was something that happened in the previous series or just a memory.)

Yeah, the orb thing was in the first or second episode of last series.

I felt the first series established the twin dynamic well so it wasn’t just layed on thick for that episode, but then that is one of those things that is so heavily biased by having watched the whole campaign and knowing that dynamic so deeply so maybe it wasn’t done as well as it feels.

Dragon animation was so much better this season, it didn’t make me feel sick like watching the one in the first season did

Oh right, I had no feelings about the animation really. I thought it was slick last series and was still slick here.

I haven’t watched S1 since it aired so maybe that’s why it felt more ‘laid on’ here, especially with the flashback stuff (which I think was a little ruined by not having child-voiced actors for those brief bits).

Oh yeah Laura does an alright kid Vex but Liam cannot pitch his voice high enough to do a reasonable kid Vax at all.

I don’t really know the main cast at all but noted Lt Daniels as the big bad dragon.

@Peanutbuttertoast and I are freaking the absolute fuck out of this

As wonderful as campaign 1/LOVM is, Mighty Nein have my whole heart and I cannot believe they’re doing their show so soon

Woah this is actually even bigger than I thought 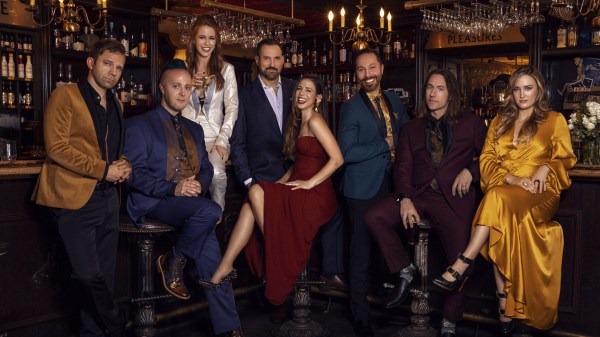 Amazon has made a mighty embrace of the Critical Role cinematic universe. Amazon Studios announced a multiyear exclusive overall TV and first-look film deal with Critical Role, the media company an…

Just losing my mind over this, don’t mind me

Haven’t really dug the animations sadly but will have to give this a try, Caleb and Nott’s story arcs practically being the best storylines in basically all media.

I am totally normal about Caleb Widogast

I should have put this on your cross stitch, shit

The cross stitch in question for anyone else in the thread, @dingers made me this Caleb for my birthday: I joined my first ever D&D game a few weeks ago, so we’re a couple of sessions in and so far it’s really fun! It probably depends a lot on who you’re playing with, but we’re all having a laugh and enjoying ourselves.