Love them live, not heard the album.

Will get to it eventually, can’t imagine it capturing the energy of the live show though.

I’d confidently call it enjoyable and I’m confident in the accuracy of that statement.

What’s she gonna look like with a behive on her

Aye it’s class. Think I’m the only person who has mentioned it in the album of the month thread though so not sure how many people have heard it

Ok, pitch me.
What kind of music do they play and why should I listen to them

one of my least favourites from the album. want to try and get to see them live again this year

Playing All Points East on the Yeah Yeah Yeahs/LCD day at 3pm. That’ll be a sure fire way to kick off a party. They have this uncanny ability to make even the most tired punter dance early in the day, great live band.

Are the stagr times officially out?

Yup, a solidly enjoyable album. My 3 year old loves dancing to it too.

We’ll also keep adding to the live show as well. In Australia now we have a percussionist who’s in a beekeeper veil.

Until this thread the only thing I knew about Confidence Man was Boyfriend after hearing it on 6music, which was great, and reminded me of early 2000s band Crossover*. 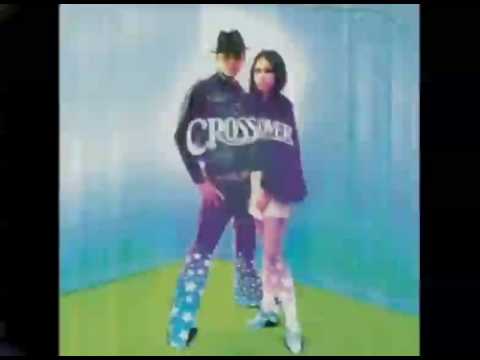 So I added them to my to-buy list but there didn’t seem to be an album.

Better Sit Down Boy sounds like Betty Boo. And there are fewer compliments higher than that. Although Dom Gourlay’s DiS review mentions The Breeders’ Cannonball and Andrew Weatherall in the same sentence, which comes close.

Welcome back, electroclash, I’ve missed you.

(*Wiki is telling me Crossover released four more albums up to 2014 after their 2001 debut!)

Been listening to it fairly relentlessly for the past 3 weeks, tied in very nicely with the glorious weather. Very enjoyable.

If anything I’m finding it too catchy. Pretty much listened to it solidly for about a month, all the other kids aren’t getting a look in.

I immediately and instinctively loved this album so much that I’m a bit suspicious about it. It’s obviously massively derivative of a whole bunch of 90s/00s rave/dance/big-beat/stuff (I’m pretty sure there’s piano riffs lifted directly from Screamadelica) but it’s all put together so incredibly well and with such massive a sense of fun.

I’ve heard bits and pieces of them. I like it kind of. It reminds me of a specific genre of dance/house from the early 90s that was played in gay clubs. Kind of early hard house before it got too doinky, it’s the beat and samples as well. Kind of what parm is saying above.

The Ting Tings were well ahead of their time.