Bit terrifying starting this thread knowing that hoogy is so much more knowledgable than me on all these things, but wanted to start a thread specifically for Dutch politics because it’s where I live, and I wanted a central place for all those things. Probably not the sort of thread that’ll be bumped all that often, but enough to warrant a thread.

How long will Mark Rutte be prime minister?

What do you reckon it’ll be?

Also, how long do you think it’ll take for the coalition to be formed?

There’s a lot of talk about how the left parties lost a lot of votes in the election this month, but one thing I haven’t heard talked about (may be me being stupid), but it seems to me that most votes have just shifted to the centre with VVD & D66 both doing very well. My speculation is that it’s because people are just that in the chaotic world stage people are going for more “safe” options and this is the result. Reckon there’s anything to this, or that there’s something else at play. 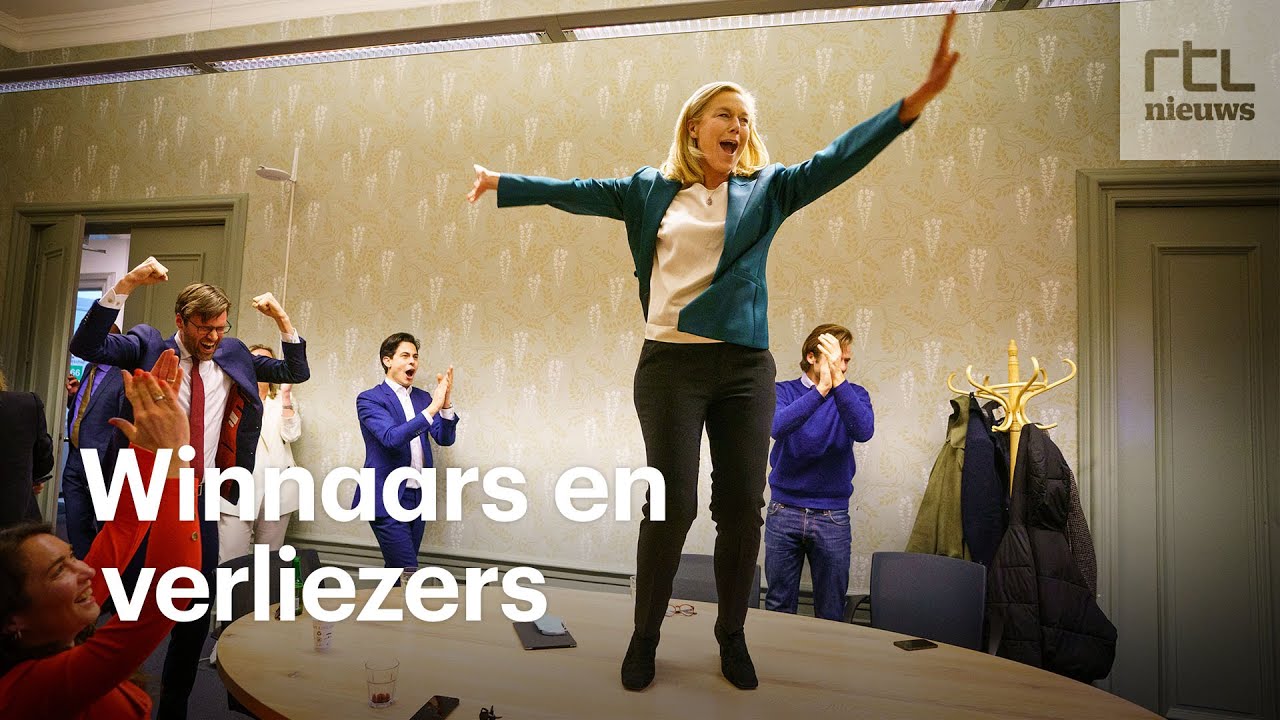 How long will Mark Rutte be prime minister?

He’ll be 58 at the end of this governing term (unless the government falls beforehand). Time for a cushy EU job next.

Also note that Rutte did not resign over the child benefit scandal, the Dutch government did. When asked if he personally should take responsibility for the fiasco, he said it was up to the voters. And we all know how that turned out.

Also note that Rutte did not resign over the child benefit scandal, the Dutch government did.

Yeah, sorry about that, that poll option was me being a bit fascetious. He did not resign and he wasn’t voted in, but the whole thing just feels like such a PR stunt to “take responsibility” without taking responsibility.

Also, this probably shows my utter ignorance on this, but I’ll ask anyway…

Is the PVV literally just Geert Wilders? As in, is it almost like a shell of a party that exists in a theoretical form just to suck in the right wing anger? I heard it referred to in that way and was horrified at the idea that something like that could get so many votes.

One other thing I’ve been hearing a bit about but don’t know how true it is (I appreciate you responding, by the way, please don’t feel obliged to)…

I’ve also heard that Geert Wilders has been “surprisingly sensible” with some of his suggestions when it comes to Coronavirus measures and restrictions, yet I have no idea how realistic this assessment is since I have zero exposure to him. In my head, I’m imagining it might be a similar situation to Piers “Utter Cunt” Morgan actually putting his powers to good for a short while, but I have no idea if that comparison holds up.

he wasn’t voted in

In the Netherlands, you don’t vote for a party, you vote for an individual. Most people vote for the person at the top of the list representing a particular party. This person is called the “lijsttrekker” (party list puller).

Sometimes political parties place a popular individual near or at the bottom of the list of candidates, in an unelectable position, in the hope that voters with a particular preference for that individual but a dislike for the party will still vote for them. This is called a “lijstduwer” (party list pusher).

In the Netherlands, you don’t vote for a party, you vote for an individual. Most people vote for the person at the top of the list representing a particular party. This person is called the “lijsttrekker” (party list puller).

OK, this is becoming too much about semantics for me, no more flippant comments. Yes, I knew this, but even in the case where someone votes for “one person”, they know that the vote in question will also apply to the party also if that person is a member of a particular party.

Technically, yes. The PVV party has only one member, Geert Wilders. People can donate to the party, or volunteer for the party. And there are MPs and Senators representing the party in the lower and upper chambers of parliament.

Wilders has been the most effective opposition MP in parliament in his role of holding the government to account, in particular in relation to the the most stringent lockdown measures.

It’s worth remembering that Wilders is a former VVD MP (Rutte’s party) and his far-right views mainly focus on immigration and the role of Muslims in society.

It’s his party in the sense the Brexit Party was Farage’s party - he is the perpetual leader and I think it is literally impossible for anyone to replace him.

The loss of votes for GL is worrying, as they seem to represent one of the few genuine left-wing party whose policies are for the 21st century. Hopefully the D66 will temper the inveitable cuts that will come. It really does look like the PVDA is completely finished.

Also, Rutte has the single largest forehead in the history humanity.

Yeah, any ideas why Groenlinks lost quite as many votes as they did? Seems crazy with little real “bombshell” to suggest why.

It really does look like the PVDA is completely finished.

Someone was saying that despite everything, they’re still the most likely party that’ll make up the new coalition.

any ideas why Groenlinks lost quite as many votes as they did?

Early analysis seems to suggest that the themes the left wing parties wanted to discuss, like the child benefit scandal and climate change, didn’t resonate with the electorate. The big question was “who is the best person to lead us out of the pandemic”.

And government parties like the VVD and D66 adopted traditional leftist causes, eg. by promising to curb the worst excesses of capitalism, or to increase the minimum wage. In response the left wing parties moved further left from what they were proposing 4 years ago. One of GroenLinks radical proposals was a 10,000 euro “starter cheque” for young adults.

Every attempt by GL’s party leader, Jesse Klaver, to steer the conversation towards drastic climate change measures needed fell on deaf ears, despite his claim it was “now or never”. Both D66 and PvdD voiced concerns over climate change as well, but without the same dramatic tone. GL was being attacked from both sides.

And finally, some voters punished GroenLinks for failing to join the coalition government in 2017, when despite a long negotiation process, GL eventually decided against joining, over disagreements on immigration policy. In the eyes of many voters this was a missed opportunity to directly affect government direction.

It seems that in particular D66 were much better in capturing the mood of the nation.

Some people are getting very excited because a motion of no confidence in prime minister Rutte has been tabled in parliament and may be voted on later today.

This relates to the latest scandal: a leaked memo detailing discussions on a new coalition government, with very dismissive comments on some politicians in the current government. Rutte is being accused over lying that he is not the source of these comments, whereas he claims that he has simply ‘misremembered’ what he did or didn’t say.

But even if the motion of no confidence is successful, it only means he has to resign from the current interim government. He would remain MP, he would remain leader of his party, and there would be no block on him becoming prime minister in the new government.

As expected, prime minister Rutte survived last night’s debate and the motion of no confidence. Instead he was the subject of a motion of disapproval, a symbolic and meaningless gesture by his fellow MPs.

Nothing stands in the way of the Rutte IV government now.

Nothing stands in the way of the Rutte IV government now.

The latest attempt to form a coalition government following the March general election has failed. So-called informateur Mariëtte Hamer will report to parliament tomorrow that a broad coalition of VVD, CDA, D66, PvdA and GroenLinks is not possible. VVD were afraid that they would be seen as too left if they joined a government with PvdA and GroenLinks, PvdA refused to compromise on income policies and GroenLinks were unhappy with the proposed climate change strategy.

It looks like the next informateur will try for a minority government. VVD want a coalition with CDA and D66, but D66 are reluctant to join as they are afraid inclusion of CDA would turn in a coalition too right-wing and conservative. VVD and D66 together have 58 seats, and adding CDA would result in 73 seats. You need 76 for a majority.

See you in six months!

It looks like the next informateur will try for a minority government.

The attempt to form a minority government has failed.

As a final throw of the dice they’ll now try to form a so-called extra-parliamentarian government which means that government ministers will support all proposed policies, but the political parties that have supplied those ministers are not bound to vote for these proposals.

As of today there is a 50 page concept agreement drawn by the 4 existing government parties (VVD, CDA, D66 and CU) to form a new government: Rutte IV.

Today each party will hold internal discussion to confirm that the new agreement is acceptable. If no further obstacles appear, the two negotiators who brokered the government agreement, Wouter Koolmees and Johan Remkes, will present their conclusions in parliament. On Thursday or Friday parliament is expected to appoint current prime minister Rutte to form the new government, consisting of 20 senior and 10 junior ministers. It’s his responsibility to find suitable candidates for each position. The swearing-in of the new government by the Dutch King is not expected until early January.

The Dutch general election was 272 days ago.