I’m not exactly into it, but I do find the whole thing fascinating. It’s like living in a Neal Stephenson/William Gibson novel.

Great long read on The Guardian: 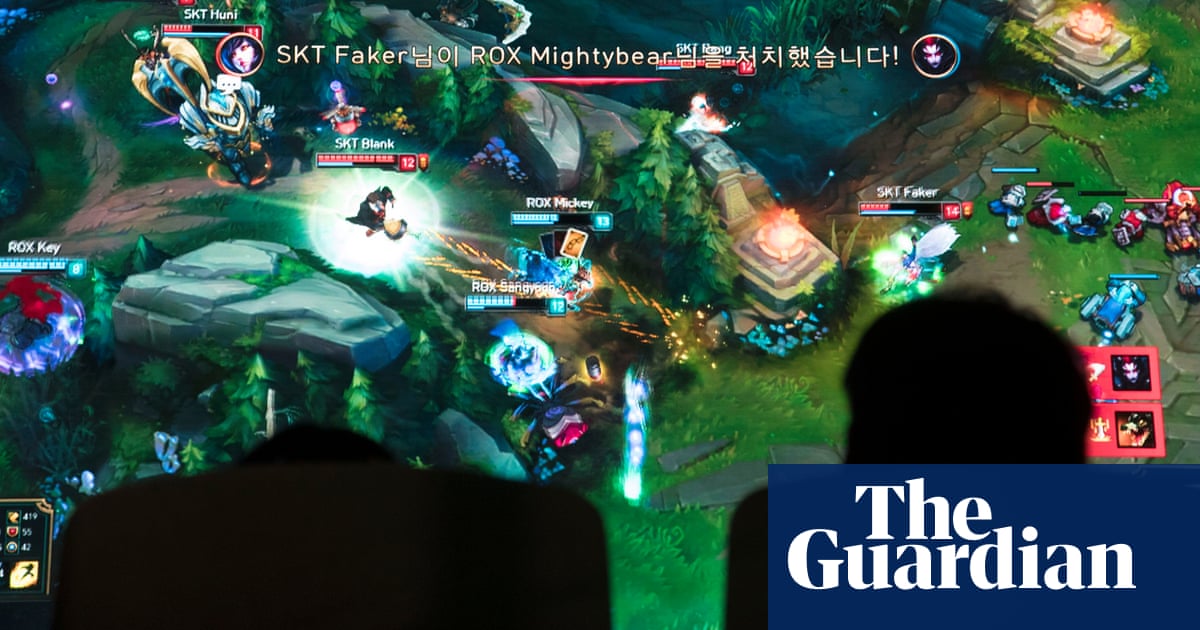 The rise of eSports: are addiction and corruption the price of its success?

Forget football, the world’s fastest-growing sport is live video gaming. But increasingly its impact is proving harmful to those in its thrall

Seven replies, three of which are that still from Homer Goes To College.

Football Manager is the best eSport you've never heard of

Football Manager 2017 might look like a gamer for loners and spreadsheet fanatics, but it makes for a surprisingly great tournament. Eurogamer reports back from a close-fought pub match in Kentish Town, London.

I have heard of football manager.

We’re doing something right then!

I find many of the games most popular in eSports to be confusing to watch. Much like American Football.

I’d love to get into competitive DOTA2 watching, but I’ve played 120 hours of that game and still have no fucking clue what’s going on when I watch it.

Watch a bit of Hearthstone sometimes, but it’s just shit Magic, which is itself shit.

I’d love to get into competitive DOTA2 watching

do you battle other DOTA2 fans for seats?

Jeremy Corbyn’s Labour will win the 2017 UK General Election, according to FM17

When a country cannot trust the results of the election polls, where can people turn to in order to find out who will the battle of the ballot box? In 2015, Squawka turned to Football Manager, and the game got it spot on.

What he probably didn’t tell anyone is he was managing a club in the Kenyan League.

Much more fit for purpose tbf

I enjoyed Democracy 3 when it came out - a nice little sandbox to create a socialist utopia in. Although those capitalist cake fascists are complete dicks to deal with.

It’s been done? I wasn’t told off when creating it! Was it on the old boards? How did it go?

It usually goes someone going “neeeeeeerds” then someone questioning how/if it’s a thing, then it becoming obvious it’s just the same as watching anything competitive.

Well, I look forward to going through the motions!

Just as worthwhile as watching someone play snooker or something

but yeah I enjoy the sci-fi quality it has

Did I read rightly somewhere that there’s a dedicated eSports TV channel in the UK now?