Sony have bailed but I’d imagine will do a State of Play. Nintendo are doing a Direct which is supposed to be 45 minutes but will likely show off a single game extensively at the show. Xbox will come out hard I reckon, already building hype on Twitter and saying they have 14 new unannounced games to show on top of the confirmed stuff.

Bethesda and Ubisoft will likely be fun too.

What are you excited for?
Are you going to try and avoid the net for a few days to be surprised on the day?
Got any insane predictions? 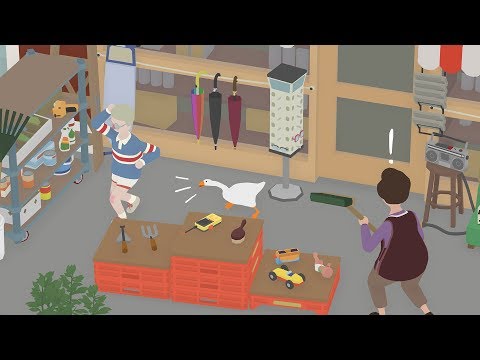 Edit: Nintendo’s approach of moving to regular Directs where they announce stuff coming shortly means that E3’s not too exciting for me nowadays. I really love that things like Labo just pop up in an announce-before-the-day Direct and are ready to buy a month later.

Why have they bailed? Weren’t they supposed to announce PS5?

Later in the year. They’ve said it’s coming but not ready.

Sony have moved to State of Play broadcasts too and insiders say there’s not enough to show this year to hire a whole stage.

Sony have ver little to announce/show apparently so have decided to skip this years E3. They’re due back next year when they have stuff to show but as far as we’re aware they’ve basically shown their hand and have little else to come before the new console. Coupled with the fact that Microsoft are basically gearing up to announce basically the world to everyone they are probably better off not trying to compete and seeming lacklustre and just staying in control of their press cycle.

So… Microsoft then.
14 1st party titles will be shown
Gamepass for PC will be detailed
New console (likely with 2 versions… possibly 3)
Streaming service
Possible partnership with Nintendo outlined

One of the games will be Fable 4, no official sources yet, but this has been in the rumor mill for ages and everyone in the press is convinced its coming this year.

Other games from different studios all but confirmed: Destroy All Humans, Red Faction, Saints Row

New Watch Dogs footage set in post Brexit UK. Apparently this game is highly ambitious and a lot of people are very excited for it.

Banjo Kazooie MIGHT return or at the very least appear in SMASH. Reason? Figurine being released this year from a company that releases figurines for video game characters that have new games out (Sonic, Spyro, Crash) they all came out within release window of new titles. When pressed on the matter they said ‘We couldn’t possibly say :3’

SKATE 4 wont be announced. This happens every year

Yeah, I think it is too. But the fact I’m not sure means they’ve done a good job of keeping it schtum.

I’m intrigued to see what the new From game with your man all the Rs Martin looks like. Apart from that I’m not that excited. Gamepass for PC could be good but I don’t get enough gaming time atm to keep up with that much game. And I’m struggling to think what could be announced that’d lift me from my current state of gaming ennui. Knights of the Old Republic 3? The return of Fight Night? Fallout: We Promise This One Won’t Be Shit? Skate 4? They might do the trick I guess.

Always get insanely excited thinking Nintendo will show off EVERYTHING EVER at these things then they never do, and I end up being more excited at some crossover game they’re doing with Bethesda or an indie shown in the Treehouse 3 days later.

Think a few things will get more info though.

Cadence of Hyrule may be downloadable as the show ends. Astral Chain kinda needs to as it’s out in less than 3 months. Animal Crossing and SMASH DLC will be chunky updates. Maybe Luigi’s Mansion 3 too.

I suspect Link’s Awakening will be saved for a later Direct as it is what it is and they may skip Mario Maker 2 given last week’s info.

Would love to see something like F-Zero GX get a remaster and turn up on the Online service with 32 player online. Or Daytona USA.

Suspect there’ll be a fair amount of third party ports too. Rumours of Witcher 3 abound.

I expect the following.

My expectations of Bethesda ever making a good RPG again are in the toilet after the recent Todd Howard interview with IGN and the fact they confirmed they are still going to use that shitty engine.

Knights of the Old Republic 3 wont happen, Bioware wanted to make one but were told ‘no’ by EA and they have that other Star Wars game coming out.

Guys, it’s time for a new Prince of Persia, isn’t it? I’D LOVE THAT.

Yeah, that all sounds about right. I’ve some slim hope Bethesda will remember how RPGs are supposed to work at some point though that’s not based on anything really. Bioware are pretty much a spent force anyway and EA seem determined to ruin my chances of happiness so will never do another Skate/Fight Night.

Guys, it’s time for a new Prince of Persia, isn’t it? I’D LOVE THAT.

Im sure Microsoft will have at least one title that’ll tickle ye fancy. And seeing as all their first party games come out on PC its relevant

I imagine the first one still plays incredibly well. I played it near the end of the 360 era and it held up surprisingly decently; combat may need a tweak given the Arkham games but platforming wise, it was sound as a pound.