On a daily basis I am able to scrape some sort of gubbins from the outsides of my ears and from behind where they meet my head. Tiny little yellow dots. It’s been happening for about a year now. The first time I did it I got a real job load so now I’m taking care of it before it gets too grubby.

I’d love to hear stories about your ear gunk, chaps. Gunk from other parts of your bodies is also welcome

Had an ex that used to eat hers, something in our relationship died when I found that out

I’ve not had that external ear gunk, just a lot of ear wax. Which a bobby pin can remove or failing that an empty biro attached to the shower. Not that I do either of those

isn’t that what cotton buds are for

Not gunk-related, but for my birthday last year I got an ear and nose hair trimmer and it’s fantastic. On the occasions when I remember to use it I can almost pass as human afterwards.

you ever get your ears burned at a barbers?

You shouldn’t use cotton buds.

because of the environment or because you’ll get them stuck in your head?

Kind of miss it. A downside to going bald and using clippers instead. I think I might have briefly tried to do the burning thing myself once. Don’t think it went well.

A Bic lighter is no substitute.

I think doctors tell you you should clean your ear out with your elbow, but frankly I can’t see how you’d do that.

Because it can damage your eardrum, as they tend to push the wax further in.

Yeah, you shouldn’t stick anything in your ear. The hairs in your ear should guide wax out and it’ll fall out naturally, however this doesn’t always work as wax consistency varies, as does hair density etc etc as you get older. If your ears do get blocked, then a couple of drops of olive oil every night for a week should soften it up, or if it persists, some of the drops that also contain hydrogen peroxide will work, plus they make an amazing popping and fizzing sound as they get to work.

I’ve read about putting olive oil in your ears too. It has to be extra virgin though, first pressing.

Gonna sell that wax on discogs for sweet, sweet cash 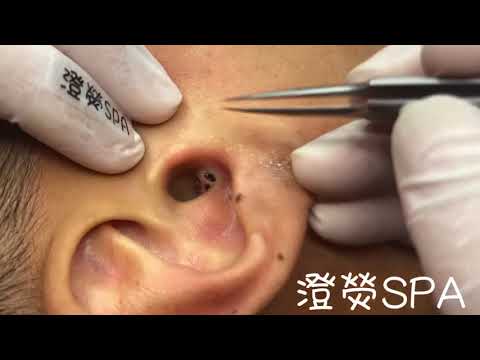 i mean, you can. dunno if you should.

you’ve got to clear that shit out!