Eerie Indiana & other spooky shows from when you were a kid

I used to love Eerie Indiana- I’ve always assumed that Stranger Things was set in Indiana in homage. Here’s a little article about it. You’ll be pleased to know that the DVD is not $100 in the UK, but a much more reasonable £12.99

Eerie, Indiana was a few dimensions ahead of its time

One-Season Wonders, Weirdos, And Wannabes considers the merits of short-lived TV shows. In this installment, Eerie, Indiana, which debuted on September 15, 1991, and aired for 18 episodes.

Still can’t really listen to the Round the Twist theme without feeling a bit bilious. Ozzie lighthouse weirdos.

I loved Eerie Indiania. I actually purchased the DVD a few years back, just to show my nephew.

Loved Round The Twist too.

Couple of these scared the shite out of me

There was an ITV kids show in the 80s called Dramarama . It was a series of stand alone drama things - and in my memory at least they were often pretty scary in a low budget kids TV kind of way.

Plus Chocky which was fucking terrifying

Chocky is a 1984 children's television drama based on the 1968 novel by John Wyndham and was broadcast on ITV in the United Kingdom. Two sequels were produced. All were written by Anthony Read and produced by Thames Television. The series was also broadcast and popular in Czechoslovakia where it was dubbed in both Czech and Slovak languages. It was also dubbed in French and broadcast in Canada in the late 1980s and early 1990s; in Spanish and broadcast in Spain in the late 1980s. It was hugely po...

Thinly veiled and I were just talking about Eerie Indiana yesterday. Loved that show.

From the horror thread, here’s an article that features some other stuff of a similar vintage…

Also, it’s 25 years since Ghostwatch on the BBC. Did not know until I read this article about the accompanying death… 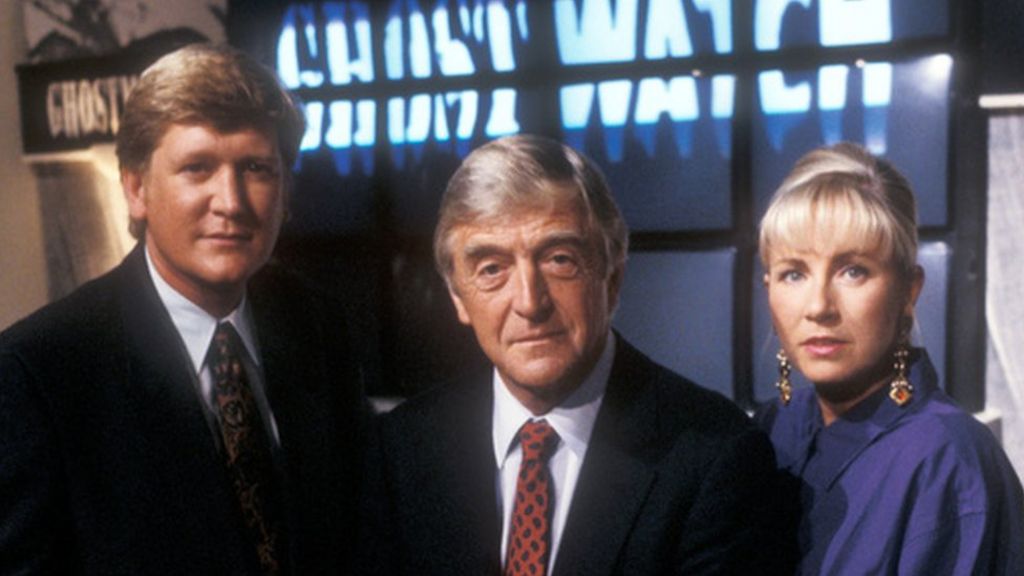 The BBC ghost spoof that duped a nation

Its creator and a family whose lives were changed forever talk about the impact of Ghostwatch.

Was talking about this to @Witches the other week but the absolute state of Charn from a programme we used to watch at primary school:

Apparently there’s a film out this year

I was usually OK with that. It was some of the British shows that scared the shit out of me. Like this one:

But even more, this one- Century Falls. It doesn’t seem to be on Youtube apart from this credits clip:

Strange but True was so scary. The music still weirds me out.

loved EI, the episode with the lady who sells tupperware and used it to stay young and keep her kids young was a good’un.

I’ve got the boxset of this as well, another bargain from a while ago. The first episode is clearly aimed at kids and not very scary, and then it’s like they went “fuck it, let’s make it full terrifying” from the second episode on. Each episode is like 2+hours too.

My parents used to watch this - the final episode has a very upsetting ending which still freaks my nut to this day if I think about it.

This scared the shit out of me as a kid too:

I really liked Century Falls - it was one of the early things from Russell T Davis.

We were big fans of American Gothic too:

The Dr Who guy? Makes sense he would get experience in children’s shows first.

I used to watch (but not totally understand) that. It used to be on after Grandstand on a Saturday evening.

The big ones when I was little were Goosebumps which were mainly wacky outside of a couple of classics, and Are You Afraid of the Dark which would properly shit you up iirc

Yeah, he did the Flashing Blade (“Chase me! Chase me!”) for On The Waterfront and then created Dark Season and produced Children’s Ward.