How did your first day go?

Oxford put in a good performance but a disappointing result against a Derby side who looked disjointed by also have players who are a cut above the league. If they gel they’ll be scary. Derby fans counting chickens already, whilst forgetting that Sunderland fans did the same their first season. Oxford looks good in patches, but leggy and the squad is still too thin. Positive signs for the season, but League One will be a rough ol’ time this season I reckon. 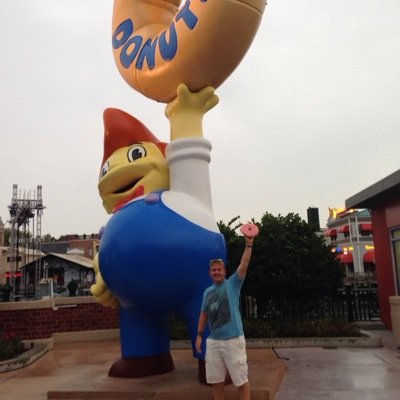 Beat Barnsley 1-0, meaning that after one match we’re in exactly the same place in the league as we were at the end of last season (7th). Could have just started next week.

Good win, that. I reckon Barnsley will be up there this season.

Wednesday v Pompey sounded like a blast. Looking forward to seeing that.

The guy covering it on Sky - think he was called Jaydee Dyer - was excellent.

1 nil home win against a new demoted prem side, couldn’t ask for better. Like the squad this season, lot of potential.

My mate who went (normally go with him but busy) said we looked good. Reckons Mumba was outstanding. 15,000 nearly too. UTBA.

Hi all. First time we can join this thread on the new boards!

Although personal family issues (don’t worry, nothing bad) might still restrict me getting to many Burnley games this season, and I really don’t want to be salty about Dyche given everything he did for us (an unfortunate habit amongst some of our Twitter fanbase), Kompany seems a brilliant appointment. He looks to have already pushed the tactics and philosophy of the club way forward into the future. And made so many incredibly astute signings - on Friday night namely Cullen and Maatsen. Huddersfield seem in a bit of disarray and we’ve plenty of big challenges ahead, including eight Lancashire derbies, but all seems good so far. UTC! Didn’t expect this celebrity cameo in the Borrowers I get the feeling you’re quite frustrated with City scoring 150 goals a season?

To your guys credit, you guys stuck to a game plan and pulled it off very well (i.e.low possession, counter-attacking, high pressing, stodgy football) and it worked a treat for you, we just didn’t have an answer to break you down and you took your one chance well (which ironically was the mirror to a shot your keeper saved against Cantwell in the first half) and eventually just resorted to hoofing and hoping long balls up top.

Think most Norwich fans are done with Dean Smith already, there are (no disrespect) dozens of teams like yours who will so exactly the same thing in this division and if we don’t find an answer for that soon we’re gonna struggle.

More the fact that we occasionally have to play important games against teams who won’t let us have 30 odd chances, and our bad habits keep fucking us over.

11th red card for his career apparently. Wonder how many of those have been for stuff you’d expect from a spoilt 9 year old.

Be fair - Pep was doing something right with that!

27,000 in at Portman Road to watch us draw 1-1 with Bolton. Engagement between club and community really strong right now. Good performance from us 2nd half but didn’t quite have the quality to finish it. Bolton were very good without the ball in the first half, less so in the second, and were very happy with a point from 45 mins onwards. We should do well this season - 5 subs will play into the hands of the bigger clubs in L1 for sure. We’ll need another striker to be up there. Ipswich and Oxford fans are trying to manufacture a rivalry this season which is quite funny.

Agree about 5 subs playing into the hands of the bigger sides, though it’s a good thing overall I think. Maybe allows more game time for young players too.

my concern this is true, but will be used for PL U23 players to get loan deals on the promise of more minutes, even if it’s off the bench.