Basically inspired by this, I was just wondering if people know much about alternatives to the bird app that’s actually alright?

I’ve signed up for a Mastodon… channel? that’s mainly focused on Active Travel, but would be interested to know what the pluses and minuses are of all these, cos frankly I haven’t got a clue at present. 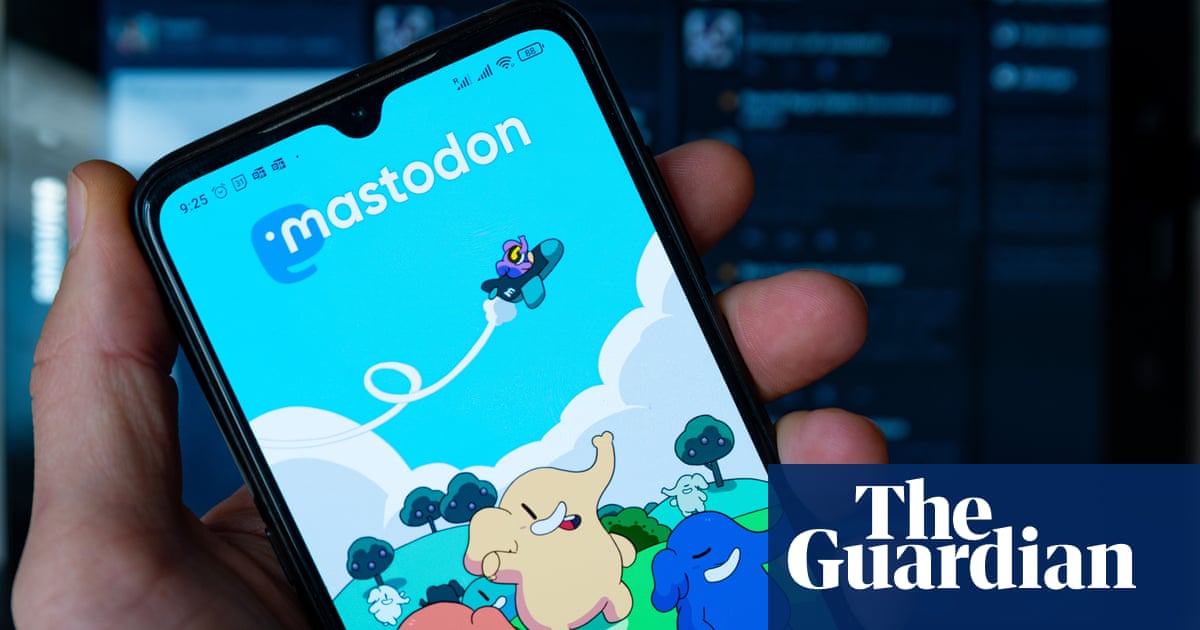 What is Mastodon, the social network users are leaving Twitter for?...

Verification is free, toots are twice as long as tweets – but you might find it hard to replace your Twitter follower list. Here’s how to use it, find a server to join and navigate the fediverse

I’m on Geneva now which is like Discord, I guess

Mastodon is… complicated. To a first approximation, it’s lots of Twitters that all talk to each other.

Essentially, you sign up to a server, which gives you a @username@server.name handle. All your data lives on that server, and different servers can have different moderation policies and notional interest/subject groups. You post “toots”, which are basically tweets.

However, each server can also talk to every other server in the Mastodon network, which means you can follow people not on your server too. Which means that, to a certain extent, you can entirely ignore the fact that it’s multiple servers talking to each other and just treat it like Twitter with longer, more annoying handles.

However, the server thing is important, because the administrator of each server is basically a god-emperor. They can see everything that goes on, arbitrarily ban/delete accounts, enforce their own moderation policies, etc. Also, servers can block each other, which is great for blocking known troll farms and annoying if your friend lives on a server whose administrator has fallen out with the administrator of your server.

There’s a bunch of other nice stuff like the ability to really fine-grain control of who gets to see your posts, editing support, that kind of thing. But it’s basically for - and mostly used by - people who run Linux on their laptop.

That’s helpful, thanks. Can you change server?

Kind of? You can put a redirect in place, so your old profile goes “They’ve gone here” and your new profile says “They were here”, but your posts don’t migrate across. And if the old server gets deleted, everything goes with it.

I signed up for mastodon about five years ago. Fuck doing it again

I like the toots that trams in Manchester make, that’s about it in terms of liking toots.

Would a DiS server be possible? And would it be any different from DiS functionally?

I stupidly signed up on ravenation.club as it seemed the only decent server offered when I started but want to move now. Already I’m confused on how best to use Mastodon.

As for Discord, I’ve never known a more annoying system to try to sign up for…or, if you do, don’t use a forwarding e-mail account as I’m now banned for “spam” as I used my web domain e-mail instead of gmail and now my phone number is banned too

thing is it’s not like twitter is suddenly a cesspit. has been for years. just got even worse eh.

why… does it need a replacement at all?

I was considering signing up for Mastodon, despite the fact that it sounds rubbish, until I heard about toots. Just no. Absolutely not.

My experience of the last few days on twitter is that it’s exactly the same as a fortnight ago but with more jokes about Elon Musk. Fair enough if people want to leave for other reasons but so far my user experience has been totally unchanged.

why… does it need a replacement at all?

basically because of this, and the step-change of going from “slightly shit PLC with Musk as a shareholder” to “Musk-owned website” is quite a big factor.

TBH I said I’d leave Spotify but I haven’t. Just working out what the alternatives are like.