It was 14 years ago since he died. Still for me one of the best (if not the best) songwriter of his generation

Favourite tracks? Did you ever get to see him live? Any other business? Let’s talk Elliott Smith.

Only got into him this year. For me he’s one of the best songwriters. Don’t think there’s one song across his albums that I’d say was bad and I’m struggling to think of one I don’t like (ostrich and chirping doesn’t count). Would love to hear all his demos and outtakes but I suppose we can look forward to those in later years. There is a bootleg box set out there which I’ve been meaning to check out

Edit: this list is silly- they’re all my favourites

Just the best. Means more to me than any other artist.

I’ll go with Rose Parade but honestly love everything he did - even the throw away live cover versions and tracks that were never officially released or remained as sketches.

such a great ear for melody, realised how truly timeless his melodies were when I listened to that Christopher O’Riley piano covers album.

Pretty much single-handedly the reason I stopped listening to shit like guns n’ roses and Metallica and got into good music.

If you haven’t heard it Grand Mal is well worth tracking down. I hope one day a properly curated boxset of his unreleased material perhaps along with b-sides and some stuff that only exists in live versions gets put together in a way that it deserves.

Also it’s a real testament to his ability that he could leave the songs from New Moon off s/t and eitheror because they didn’t fit in the album. Crazy stuff

I’m not a massive fan tbh but he was By far and away the best act I saw at at glasto 2000 - I didn’t really know who he was as a pale 16 year old but it was a bit of a game changer for me, after a weekend of seeing reef and the bluetones and other such drossy guitar bands, opened my eyes a bit that music could be more than that.

you take back what you said about the bluetones!

I like the bluetones still now, a bit, but you know if music was all like that the world would be a very one dimensional place.

yeah I suppose I can admit they weren’t great but expecting to fly was the first CD I had.

I don’t really know his stuff. Think I’d like him. Is this any good? 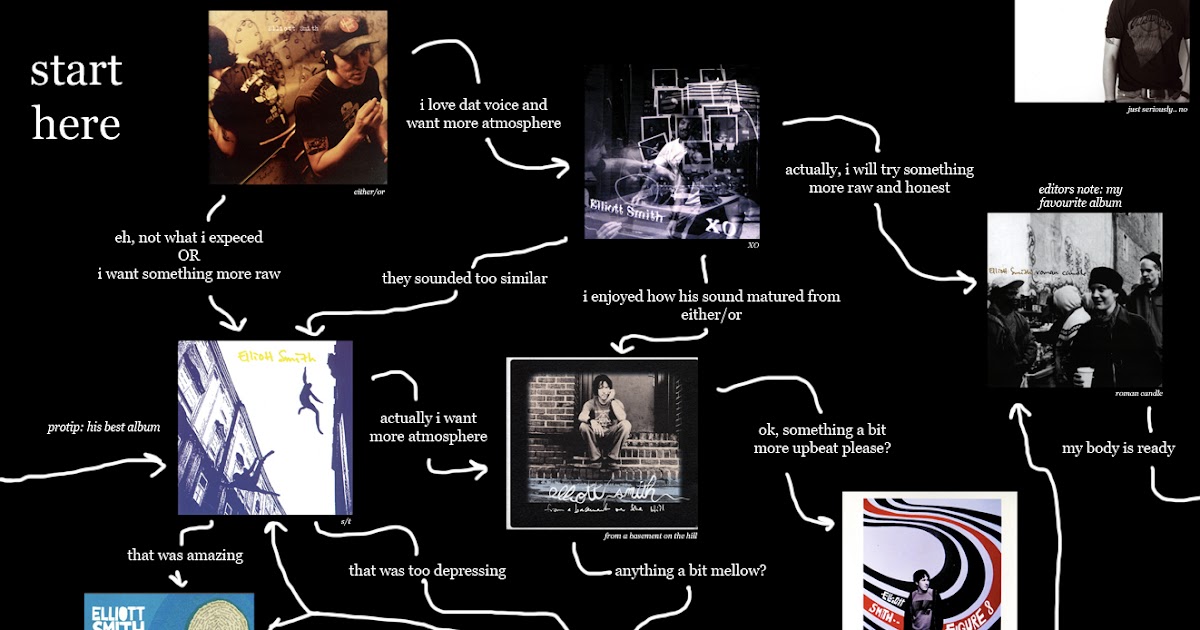 Yeh over the last few years he has became one of my favourite musicians. As previously mentioned, I can’t think of a track of his I don’t like. To pick a favourite track, hmm probably King’s Crossing, totally devastating. It makes you wonder what direction his music would have went in as he experimented with other instruments/arrangements.

100% check out the Grand Mal bootleg. 8 discs of various different versions of his music a lot of unreleased stuff.

Seems a bit counterintuitive as it is an album of tracks that didn’t make the main albums but I think New Moon is a great place to start for an overview of Elliott.

But any of the albums really perhaps with the exception of Basement, which is just very dense - absolutely brilliant but takes work to reveal itself.

Basement is a work of genius you belm

I think he’s easily one of the three or four greatest artists of all time. Every album and every song is fantastic, and it’s pretty much impossible to pinpoint a single favorite of either. Just on a whole other level than pretty much everyone else.

I never got to see him live unfortunately, having finally heard him for the first time in 2004. Someone had (I’m assuming accidentally) left behind Either / Or in an apartment upon moving out, so I gave it a shot on the miserable drive to work and I was blown away. I slowly got the rest of his albums over the next 5 years so as to have something to look forward to and to not wear them all out at once. If anyone hasn’t heard him yet and is about to give him a shot, I’m incredibly jealous.

“A Distorted Reality Is Now A Necessity to Be Free” and “I Didn’t Understand” and “The Biggest Lie” are absolutely brutal album closers. He really knew how to close an album.

Someone I know considers him to be nothing more than “whiny oversensitive emo crap” which, until the horrifying political landscape of 2016-2017 developed, might have been the single most unbelievably bad opinion I’d ever heard.

Tried to learn this once. Waaaay too hard!

Yeah a lot of his stuff is deceptively hard. Utterly next level compared to most singer songwriters.