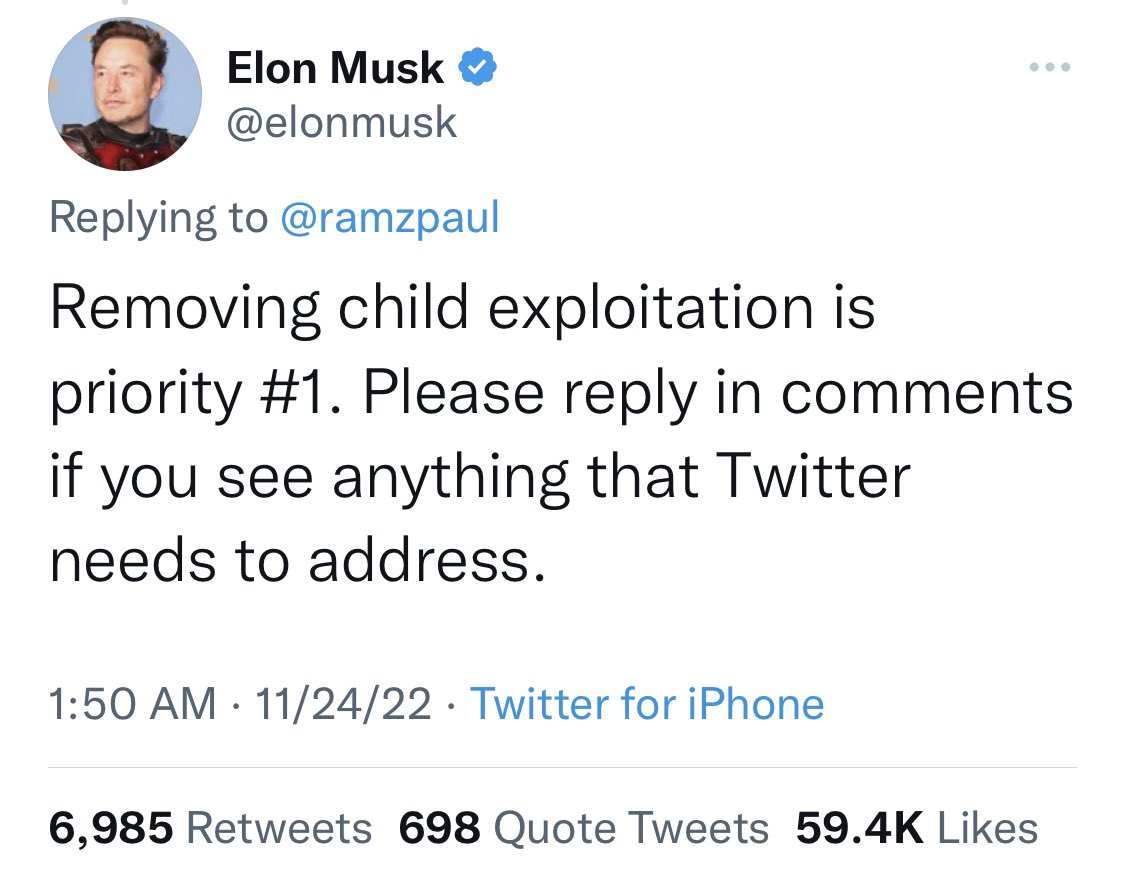 He’s on the ‘grooming’ train is he? Was only a matter of time.

Jayzus. Don’t even want to know what gets posted under that.

He really thinks he’s such a genius that his first idea / impulse on something is always right. Wouldn’t occur to him that he should consult with anyone on company CSE policy to avoid potentially causing serious damage, nah he just tweets it out

Marckee Elon could learn from you with an apology like that. 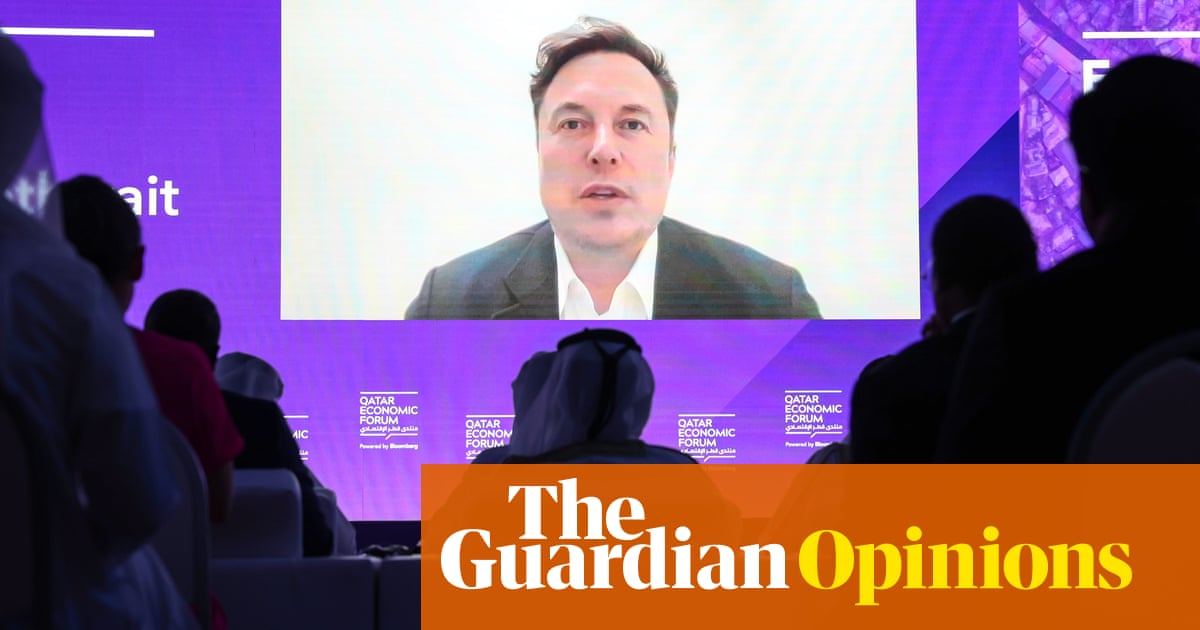 The gods of Silicon Valley are falling to earth. So are their warped visions...

Tech titans like Elon Musk and Sam Bankman-Fried have been feted for their wealth, but see the world in ways that also merit scrutiny , says Moya Lothian McLean

Woke propaganda would not have spears and an angry face. Plates of buns and a cheeky wink more like it.

is this affecting his other businesses, i’m not inspired with confidence to get in a car or spaceship he was involved in

Aye, it’s NASA or nothing for me now

Attracting a new customer base of people who to be electrocuted by their GPS to own the libs though.

Tell me it’s from a spaceship

It’s from a spaceship

This is from Facebook (I have never worked at SpaceX), might be nonsense but has the ring of truth to it. The ‘Matrix’ bit is total chef’s kiss

Whoa! Is this a real thing?

It is indeed. This is Worse is a decent b-side from memory.

Woah, I thought it was a Photoshop