Oh my days. I need pancakes in my life right now.

Smashing some Monster because I’m exhausted.

My work team are rugby nerds and only my manager even vaguely likes football, which is fine like fill your boots, but they’re massively snobby about it and the most liberal(/judgey) one made some comment about how footballers are bad role models and I really wish I’d argued with her about it - of all the times you’re going to look down on footballers, the 2021 England team?? Really?? I’d fucking love to go into our Monday team call in full belligerent football fan mode (but unfortunately we will have lost to Italy by then) 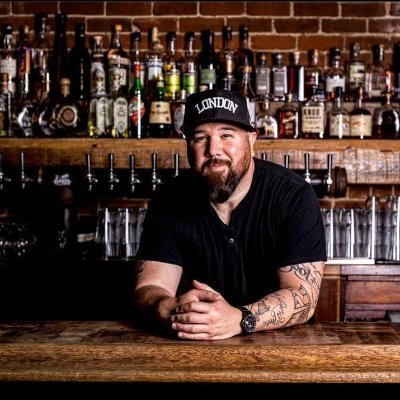 The next 3 and a bit days are going to drag

Sterling has been excellent all tournament, properly grabbed it by the scruff of the neck

said it last night that England remind me of Solskaer’s Man Utd and I stand by that, seem to have the same knack of playing to the level of their opposition to an extent, also similar thing of fostering self belief and togetherness compensating for not seeming that well coached

Still can’t believe we got to a final. Even though the Dane’s spent half the game dead on their feet it still felt inevitable we’d throw it away. If we hadn’t been gifted a soft pen maybe we would have, but it still feels pretty good to have got over that hurdle for once.

Strongly considering doing a 400 mile round trip to watch the final in the pub with the family. Just to watch us inevitably get beaten by an Italian team with a bit too much about them for us to handle. Ridiculous scenes.

Last night @gonad suggested we do some ‘best of Euros’ stuff to pass the time, best goal, best match, best player, tiniest car etc. Am well up for that.

.+ Defence have been excellent so far, Walker’s been putting in superb displays without the plaudits that Shaw has had.
.+ We have a much better squad than the Italians and that could (could…) be the difference on Sunday
.- Italians are the kings of shithousery and I worry for our relatively young team
.- Pickford starting to look like the player we know he is…

time to remember ‘the group stage’

these were the odds pre-tournament btw

Italy were 8/1 at skybet

Think one of Kane’s strong suits is that he’s as divey as the situation requires. During '18 he was constantly going over at the slightest touch, because that was often the only way to drag the team up the pitch. I don’t think he’s been doing it all that much this tournament generally because England’s ball retention and ability to create chances is much better, don’t really recall him falling over versus Croatia or Ukraine for instance. Last night he definitely was because it was an attritional slog and there were times Denmark had us pinned back. Professionally/cynically winning fouls is part of his game, just as much as it is Grealish’s.

I think there were a lot of officiating decisions last night that could’ve gone either way, as there often are in tight, tense games. I think the foul that got Denmark their goal for instance was a bit of a nonsense, kind of thing that always happens at a set-piece and the ref basically arbitrarily decides whether he’s going to notice or not. With that in mind I don’t think the penalty decision was that outrageous. Denmark will be seething about it, I would be, but equally I’ve seen Sterling not get a pen for much more obvious fouls a dozen times.

Didn’t know where else to put him

drop Pogba and put Walker in at right back I guess