European Super League and the Death of Football Thread

Klopp on what positives can be taken from the Super League fallout: "The most positive thing is that it didn't happen. "There are now discussions about a lot of other things... everyone knows my view on more games (etc)... You cannot just introduce new competitions." https://t.co/Pt5gfoNInB 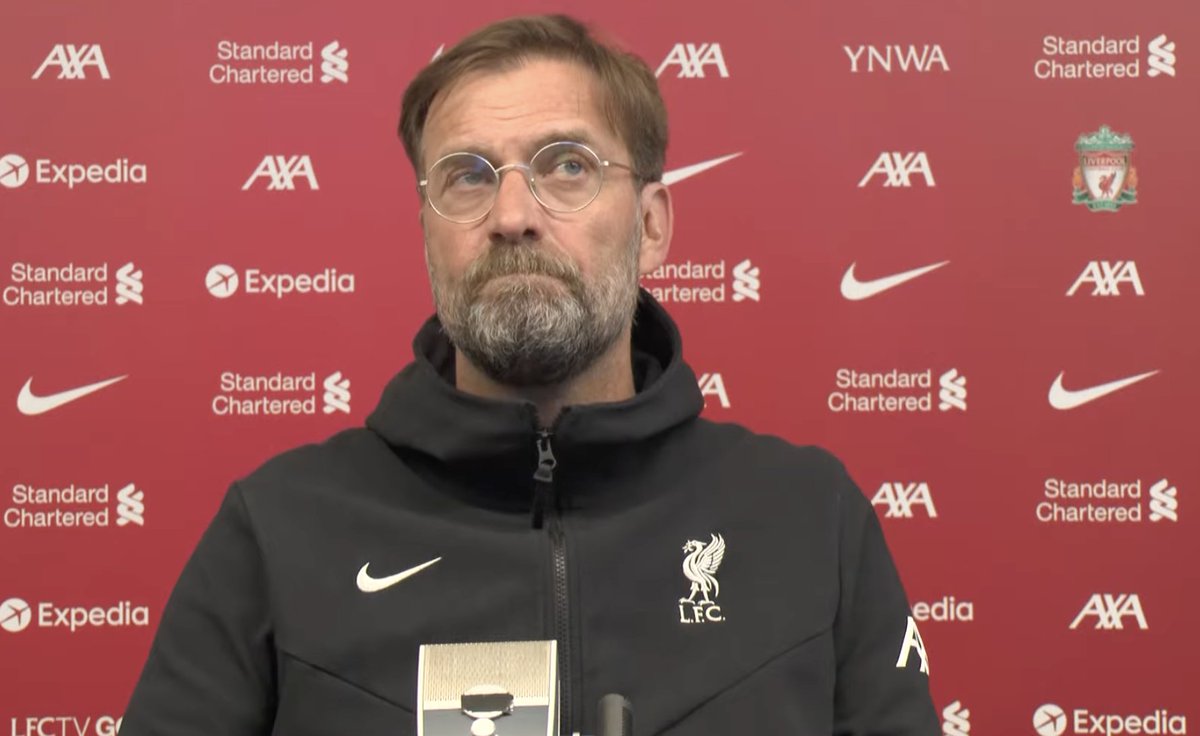 Klopp on new Champions League: "They showed it to me, I spent one hour with UEFA, I told them I don't like it. "It has 10 more games in, I don't know how we fit them in. "The only people who never get asked are the coaches, players and supporters. "We are already on the edge"

This masterpiece at the Emirates protest is hands down the best sign in the history of signs. https://t.co/r6BDQQUs0z 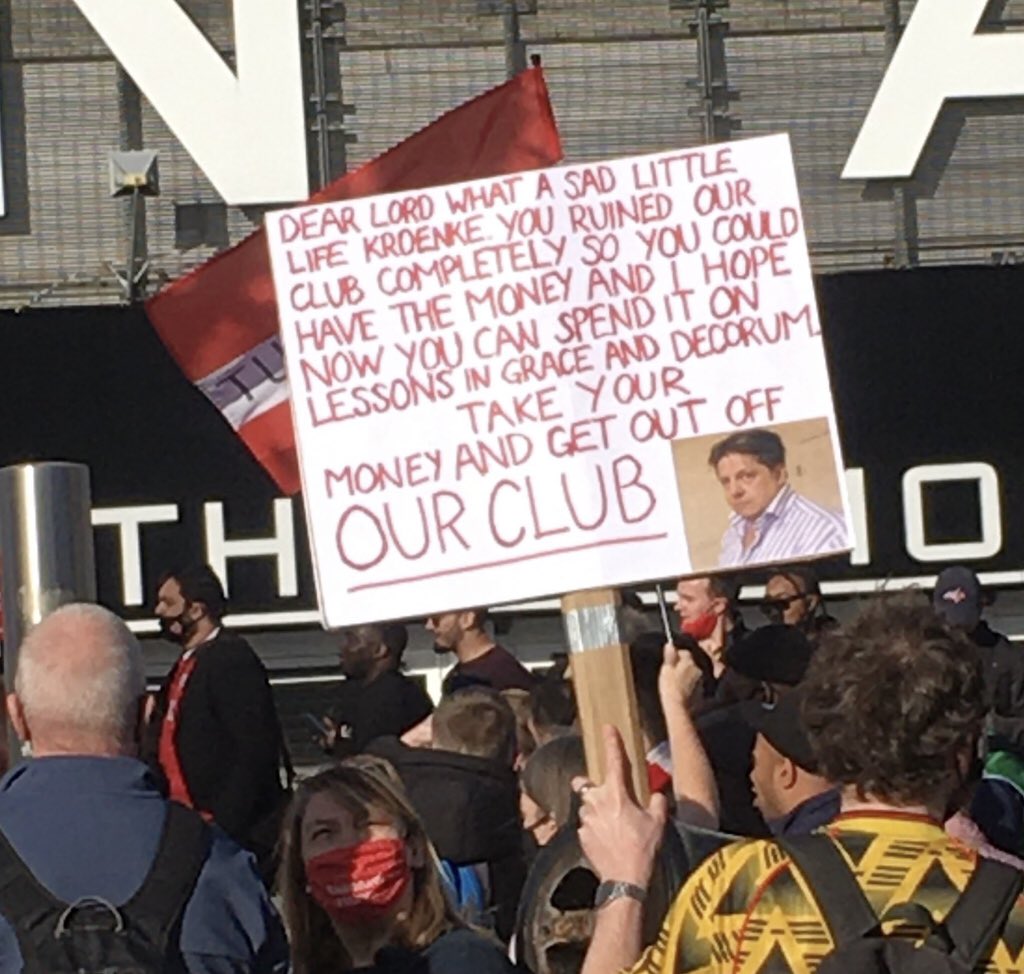 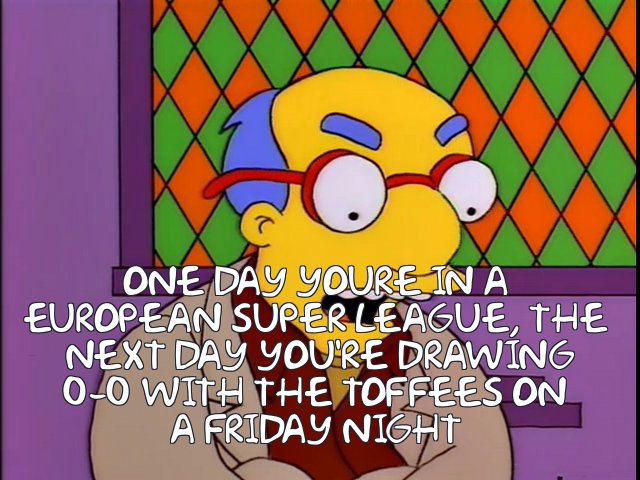 Thought this was a good little thread on the general stuff I’ve been ruminating with in terms of tribalism/solidarity across fanbases and what fans actually want. 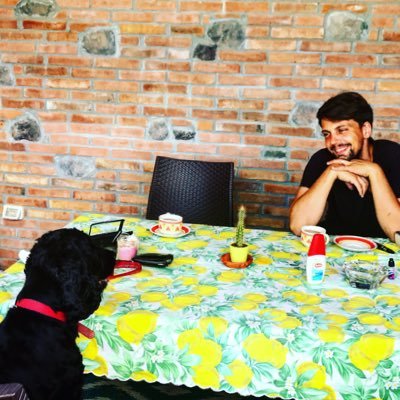 This is not designed as a pop at @IanDoyleSport at all, because there's been a lot of this stuff about: the idea that the way the owners of the 12 can atone for the last week is effectively by placating/bribing fans with new signings. But that's part of the problem, isn't it? twitter.com/IanDoyleSport/…

There has to be a change for #LFC in the transfer market this summer after FSG actions this week 🔴 https://t.co/FaTDzhmB55

Posted the other day making a link between Man Utd’s transfer spending and Glazer out sentiment, and I’m well aware that was trite/unhelpful and that their fans have every right to be unhappy with aspects of how the club is being run. Same goes for Arsenal with KSE. It’s genuinely been nice to see fans standing up and getting a win against the billionaire class - and the only way that football fans collectively are going to achieve further victories is by showing solidarity across club colours.

I do mean that, genuinely I do, but (I’m well aware this is going to look like one of those “you can ignore everything before the but” things) when you’ve supported a club that’s fallen to the third tier under the ownership of Ken Fucking Bates, it takes every ounce of your self-restraint not to just immediately respond with a giant internal “OH FUCK OFF” when you see Man Utd/Arsenal fans talking about “falling out of love with football”, or Chelsea/Man City, when basically all their on-pitch success, European away days and trophies won have been built upon how stratified things have become, how fucked the industry has been for the last 20 years, their boot on the neck of 86/92 of the other clubs in the professional football pyramid.

If you support a big six club, every moment of joy your football team has given you in the past 20 years has come as a direct result of a system that have left the rest of us feeding on scraps. And it leaves you questioning what is it that fans of those clubs actually want? Because when you see the unthinkable success and the bellyaching that comes alongside that, it sure as hell doesn’t seem like they want a fairer, more equitable game that benefits everyone else. You want more clubs to be in a position to build like Leicester and threaten your rightful place at the top table, eh? - it really, really doesn’t seem like that.

My club’s doing ok now, but I can’t even imagine how insulted you’d feel reading/seeing some of this stuff if you supported Bury, Bolton, Wigan, Sunderland etc and the laughable suggestions of “punishing the fans” with points deductions or consequences for their craven actions.

Yeah I was thinking this. Easy to get big 6 fans to mobilise against the super league cos it’s not really an appealing concept even for them, much harder to get them to muster any opposition towards the current messed up status quo that benefits their clubs

Arsenal’s net spend between 1996 and 2014 was £26m. Between 2006 and 2013 we actually made £50m in the transfer market. Wenger also tried really hard to keep control of the wage structure at the club. Since we have started trying to match the big spenders, we’ve experienced very little joy or success (outisde of the FA cup), with it seeming like the more we spend the worse we get.

Wenger was trying to do things the right way, but as it became harder and harder to compete, the fans just ended up demanding for him to “spend some fucking money”, and then just flat out hurling abuse at him every week. Nothing the board or owners ever do will come close to matching this shameful behaviour, which is why I’m not overly enthused with the idea of fan-led initiatives being some sort of beacon of hope.

Leicester’s moderate success was bankrolled to a much greater extent than the extraordinary early success of Wenger.

Fair point, that post-2013 stuff just underlines my point about what is that fans of the big six actually want.

“If you support a big six club, every moment of joy your football team has given you in the past 20 years has come as a direct result of a system that have left the rest of us feeding on scraps” was maybe a bit too sweeping a statement, but the wider point applies, especially when you consider the Invincibles were 17 years ago now.

Landscape of football has been so different post-Abramovic/oil money that Wenger’s success between 98 and 2004 feels a lot closer to context of Clough, Shankly 70s/80s football than it does to the unrecognisable state of the sport/industry today. Won’t denigrate Wenger, and with every passing year getting Arsenal into the top four for 20(+?) straight years looks better and better, but in that mid-noughties Sky Four era it just felt like a case of those clubs consolidating their wealth/power/status.

Was only City and the rise of Spurs that shook things up. Drawbridge has long been pulled up where it’s even vaguely possible for a different club/coach to replicate what Wenger did 25 years ago (and let’s not kid ourselves, he hardly took over minnows) - without being “bankrolled” it would be impossible for Leicester/Everton/Leeds to close the gap. And that’s exactly the problem.

Leeds ended up there due to massive financial mismanagement and were unlucky just with the timing, if they spent the what they did then now it’d be a drop in the ocean. The final mismanagement at Leeds is tiny compared to the majority of superleague teams.

The money at the top is absolutely ridiculous now. United have spent nearly a billion on transfers while
£1.5bn has been taken out of the club at the same time.

£1.5bn of what should be a community assets money going into the pockets of some vile scavengers from Florida and investment bankers.

All at the same time with no attempt to actually win the league. They need top 4 for the sponsorship coming in at the same level and that is all they’re interested in.

Leicester’s moderate success was bankrolled to a much greater extent than the extraordinary early success of Wenger.

just a side point but Wenger’s team was built from a title winning defence that he inherited, not exactly a fair comparison

Completely agree with this. Tried to make a similar point earlier in the week but probably didn’t make it very clearly. As a Southend fan who more recently follows Wigan, life in the pyramid where you’re completely at the mercy of the owners is really really grim. Both my teams have had points deductions, obviously Wigan went into admin and have sold their whole squad* Southend are now relegated to non league after 115 years as a league club and have also had point deducted, transfer embargoes, winding up orders etc. It’s difficult to have much sympathy for the top 6 but completely appreciate that there are good fans of them who want football to be better.

*just a reminder you got Gelhardt from Wigan for pennies due to the administration. He’d have been worth millions on the open market. The whole system is rigged for the bigger team and they all act like vultures when they can get away with it

Fair point, that post-2013 stuff just underlines my point about what is that fans of the big six actually want

Yeah I totally agree with you.

Can’t get my head round some fans I’ve seen (admittedly on twitter, so maybe not representative) who’ve gone from ‘i’ m disgusted with my club, if this goes through I’m out’ to ‘a points deduction just punishes the fans, they’ve apologised let’s move on’. Just all seems like all the outrage was disingenuous posturing and what they actually want is their club to crush all others.

Sky have driven that narrative massively.

One for the cursed British images thread

I haven’t got that impression at all. Has they started pushing that today?