So, I’m making a shepherd’s pie.

Looking at this recipe, how much potato would you have peeled, chopped cooked and attempted to mash?

1.5kg, which I’m guessing is the wrong answer? (Feels like too much potato for the size of shepherds pie though)

150g of butter though

Putting off doing the washing up, gonna cycle to shoreham to meet some mountain biking mates in the pub soon (they will have actually been mountain biking, unlike me)

I think 1.5 is correct - the rest of the ingredients scale to a pie of that size.

5 kilos of potatoes is far too much for any pie that isn’t being cooked in a professional kitchen.

More importantly joining the nigella seeds, cardamom seeds and cloves in the basket was this Chickpea burger (bun) and chips for tea, followed by a lovely slice of carrot cake.

I could really fancy a glass of wine but I don’t want to open a full bottle that I shouldn’t be drinking on school nights. I also don’t have time to let the bottle breathe properly.

now i’m going to slip into a food coma whilst i consider my scoring for @Funkhouser s top dylan tracks thread.

scored a daft OG at footie this evening. look like a right lemon. (keeper made a save, bounced out, I controlled it and popped it back to the keeper, he hadn’t got up, trickled in. (he didn’t get up because he cba))

5kg of potatoes is absolutely far too much! I now have quite a lot of partially cooked potatoes to do something with, good job its carb night I guess! 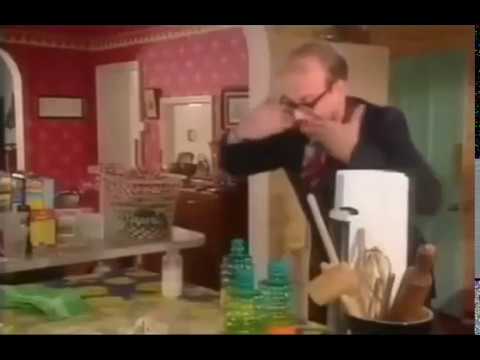 Would have been the driest mash in history

4 tubs seems generous to me

Even if none of the liquid simmers down, that’s a ratio of about 2:1 in favour of potatoes. Maybe I’ve been doing shepherds pie wrong?

Did you not wonder why they’d created a numbered list with just the potatoes on it?

Because they’re so important?

Idk man, think I was in a rush trying to get a supermarket delivery sorted and skim-read it.

Did strike me as a lot, but I thought ‘well, I guess mash does cook down quite a bit’