some form of breakfast for dinner

The king of dinners

hmm i believe i have frozen hashbrowns

could make this happen

Balls. I had to listen to the song… Beforehand I wasn’t sure if I knew what it was either 1987 and with a music degree as well

Can’t be arsed making anything. Was going to have lemon and garlic spinach with Canellini beans and smoked haddock but I’ll have it tomorrow instead.

with a music degree as well

MN8 essential for any music qualification I’d have thought

hard to stay in calm, clear mindsets where everything flows

listening to this surprisingly mint album - Dawn Richard is all over it, so it shouldn’t be a surprise, but I just realise Puffy was capable of good music until recently

proper vibes. 2010, but the production sounds fresh and distinctive. this is a broody bop

(@pichaelmarker you must know this) 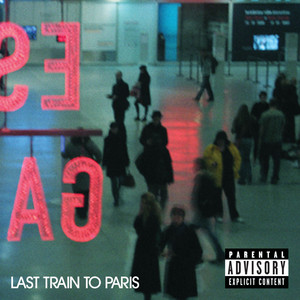 I Hate That You Love Me

need some fresh air, so imma head out

hey bro, don’t make the poll if you can’t… take the toll? idk.

I had their album but it wasn’t like they had much of a legacy.

Which reminds me, I was reading their wiki a few weeks back and didn’t know that one of them was in star wars

Dee Tails is an English rapper, dancer and actor/creature performer best known for his work in the British boy band MN8, Star Wars: The Force Awakens, Rogue One, Star Wars: The Last Jedi and Solo: A Star Wars Story. Tails started his career as a member of the R&B group MN8 where he achieved 7 top 25 hit singles in the UK and international success in France, Australia, New Zealand and the US. Their first single, "I've Got a Little Something for You", was used on the Bad Boys soundtrack and was ...

Fush and chups for dinner again!

Looks like it’s been a bit rainy in Edinburgh. Hope my flat hasn’t washed away…

Which reminds me, I was reading their wiki a few weeks back

Had the emergency pizzas and garlic bread out the freezer for tea.

Going to watch the football and have a beer and some crips in a bit.

Alright? Long old day learning new stuff and selling beer then had to go to my parents house to set up my mum’s new phone. Leftover pulled pork wraps for tea with the game though so that’s nice.