Think I might go for a beer garden gin. WFH tomorrow so have no excuse not to.

What’s everyone else doing? Embracing or avoiding the sun?

Lovely breeze in London at the moment. It’s delightful.

Just walking to Aldi for a semi-big shop. Now I feel a bit cooler I might get a pizza for dinner. Boyfriend is out, so…

Still at work. I’m hoping to leave soon and I may pop into my local beer shop and pick up the Cloudwater DIPA on my way home

Pizza and beer for tea.

Should I have another beer for the road ?

Hello there, my office is operating at a thoroughly sensible 20c due to air con, but it feels a little chillier than that. I am here til 8.

In other news I have seen two fairly prominent long silver hairs at the front of my barnet and I’m now thinking about maybe dying a silver streak along the left side. Dunno. Might be attractive?

That the centennial or something else?

Yes that’s the one.

Have 2 you daft sod.

Spent the last 3 hours in a delightful air conditioned car and completely got my heart set on a curry. Stepped out of the car to

By the way, the difference in temp on my car thermometer between Manchester and Oxford was 27 - 34oC

Just eating some mango sorbet and got half an eye on the U21 Euros. Good game between Serbia and Macedonia.

My Garmin said the max temperature on my bike ride was 27c so your car checks out. Chuff me… 34

Right bob Dylan has just come on, I mean I was gonna stay and drink more anyway but this just sweetens the deal

Had a shower at 3.30. (cold obvs) and I’ve not stopped sweating since. This is stupid

Breeze taking the edge off the sun, and despite cash flow approaching record lows, reading and having a couple of drinks on the pub terrace ftw.

Listening to Pom Pom. Say what you want about Ariel Pink but the man writes some heavy hitters.

Watching this for the first time in years- 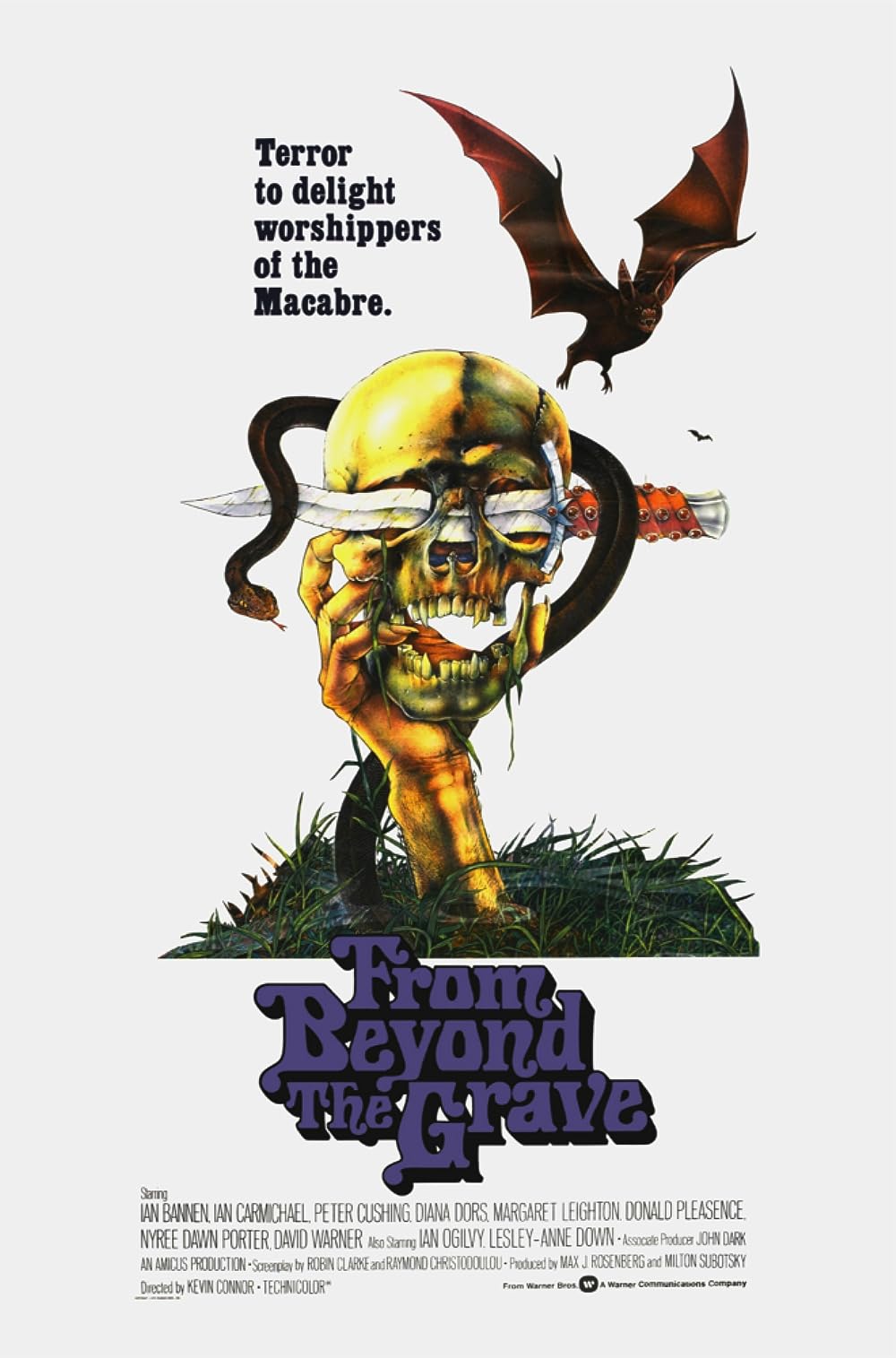 From Beyond the Grave: Directed by Kevin Connor. With Ian Bannen, Ian Carmichael, Peter Cushing, Diana Dors. An anthology of four short horror stories revolving around a mysterious antique shop owner and his antique pieces, each of which hides a...

Peter Cushing selling people a bunch of cursed antiques, he doesn’t look dodge at all Think I’m going to have to watch Phenomena straight afterwards. Hm, then maybe Halloween 2! …Oooo think it might have to be a DONALD PLEASENCE EVENING!

Peter Cushing is one of the dodgiest looking people ever, and I mean that in a great way