Ever find out something's a sample and find it's diminished?

Potentially old fogeyish thread. Obviously it should go without sampling is fine as a concept and there’s a million inventive and skilful examples of samples being used well

But do find it a bit weird/crap when you really like a song, and then just find out the main hook or bit of songwriting craft has just been lifted wholesale from something else.

Nah. I tend to find it means I get two great songs instead of one. 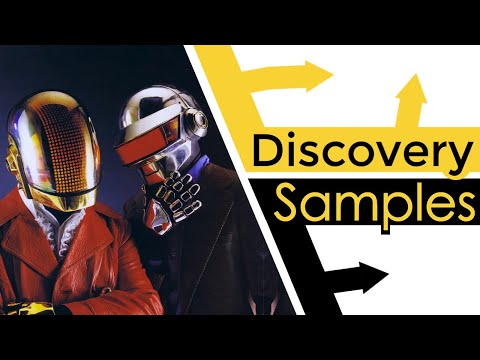 Was impressed by one Sleigh Bells song being miles better than anything else they’d done, made sense when I realised why

did lekman write any of his own hooks ffs

liked it when someone was disappointed in endtroducing when they realised it was all samples.

It’s annoying. Finding out that something was sampled does not necessarily alter my enjoyment of a song, but it may diminish my appreciation of the artist/writer.

Of course it’s a different matter when the sampling is done poorly, with the start of the sampled part sound disjointed and disconnected from what preceded it, and likewise at the end of the sample. In other words it becomes obvious that it’s a sample, as obvious as it would be if they inserted a sample of a spoken radio news broadcast, and that’s annoying even if I don’t know what the original source was.

I didn’t know about either of those, but it doesn’t diminish them for me. They are still well crafted songs.

RE: Jens Lekman
He’s very open about his sampling and I think he does a good job of making the songs his own as opposed to just ripping it off. I believe ‘I know what love isnt’ is more or less sample free, and Its fantastic so he’s got the chops

didn’t know about (all) these. kinda makes me like the album more though.

checking out the Sister Sledge and Edwin Birdsong (who?) albums shown in this and they’re great.

There’s definitely a slight disappointment that comes to me when a sample I’d assumed had been chopped and processed more turns out not to have been. It’s important to note that, where hip-hop is concerned for example, the inherent talent of crate-digging and simply being able to find deep and good loops has somewhat been compromised by the Internet. I feel like people’s expectation of what a good sample-based production is has changed somewhat in the wake of being able to access everything, I guess?

Fair. Where simply finding/unearthing a good hook and repurposing it would once have been legit impressive, I guess I feel like that’s not quite so much the case these days.

Not sure if the internet is entirely to ‘blame’ (has probably accelerated and streamlined the ‘reveal’, though). A couple of decades of listening to music means you just kinda stumble across origins of stuff anyway.

@Yvash nails it with the first reply, probably. Who can complain about having two great songs instead of just one?

I mean when I first heard a maninha by the bees I thought wow this band know how to write a great tune and interesting, they must be multinational in some way.

I mean when I first heard a maninha by the bees I thought wow this band know how to write a great tune and interesting, they must be multinational in some way.

I know this is not really the same but came to mind cos of how they anglicised it.

I knew it was a cover, but I was only familiar with the johnny Rivers version so I always assumed that he wrote it.

Recently found out that the Avalanches’ Since I Left You was just a bunch of samples stuck together. Threw my copy of the LP out the window, I did