Every Thursday is a school day

I got woken up by the child at 5.30 this morning who was scared by the torrential rain, and things have gone downhill since. The supermarket delivery came just about 9am when I had to join a call, which coincided with Jimbo having a meltdown and demanding a sandwich. Then the people on this call I’ve joined have a massive blind spot to my team and the work that might be involved for us.

I think I’m just a bit stressed today because Nina’s got a checkup at the vets later and I’ll find out whether she’s going to lose her eye or not.

Morning everyone,
Just had a bed tea and mustering the energy to get up properly now but it’s really difficult

Watching Dumbo. Again. Seems to be the bairn’s current obsession. Those crows, man, sheesh. Got the weekly Tesco visit later.

Bit worried about my throat. Had tonsillitis got penicillin, it went away. Finished course of antibiotics. It came back twice as bad. Got another course of antibiotics and I finished it yesterday. Throat is feeling a bit scratchy. Don’t think I could take three bouts in a row, maybe I need stronger antibiotics - the real kicker is, I had my tonsils out twenty years ago, didn’t have tonsillitis for years then all of a sudden it is a thing I get again.

this is all too much.

the other day I found out it’s monotonous rather than monotomous!
I’ve been mous-ing it up around the place for 31 years!

Did you take different antibiotics the second time?

I’ve had this before where I’ve finished a course and it’s come back. I had to have different antibiotics and it went after that.

hola
just had my weetabix so waiting for them to get to work so I can have a gnome.

nothing on today, as per. But it’s a drinking night - wooohoo

Just woken up. Don’t think I’ve slept past 7am for over a year. No plans today and it’s all rainy

the other day I found out it’s monotonous rather than monotomous!

Do I try and get a Switch and Animal Crossing?

If the discomfort makes you feel angry and you need to vent, just take it out on the pricks on here.

Ohhhh is it like massively out of stock? Bleh. These payday “let’s wazz it all away” feelings are fleeting.

Morning, someone added subtitles to that Elton John performance and it has ended me 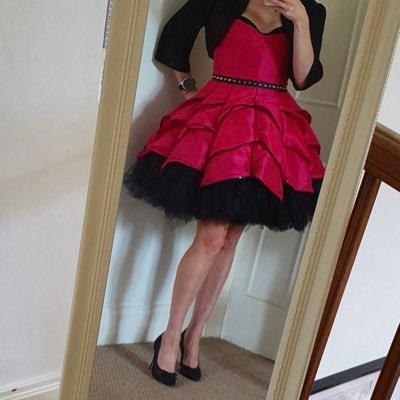 I had a mild case a year or two ago and was ok ish. someone else at work got it a year or so ago and it wiped her out for a month

Was watching this last night and properly lost it when the caption ‘Smashing this, mate’ popped up.

Don’t think I’ve slept past 7am for over a year.

Was one and a half weeks off being able to exercise again after my foot injury, now this. Absolutely rubbish. think I’ve angered the cycling Goddesses (have mercy @plasticniki )