Access is effectively a legacy database these days. If you really feel the need to get into databases then better just to take the plunge into SQL Server and be done with it.

Still generally a lot easier in most companies to get Access installed than SQL Server. The interface is a lot kinder to newcomers and, if you design it right, you can eventually just swap out your access backend with SQL Server linked tables with basically no impact on the FE.

In general I agree but depending on what your spreadsheet is ultimately doing it can cause things to slow down massively.

This piqued my interest a bit. I wondered what might cause that, because my inclination is that Excel is generally pretty neutral about doing a lot of linear calculations either within one cell or across several (ie where each split-out cell formula only references its parent cell). But I don’t know. The big bugbears of slow spreadsheets though are volatile functions, conditional formatting and vlookups. Cut all those out and you usually have a fast spreadsheet whatever you do.

Yeah I was a big Access user back in the late 1990s. Haven’t used it since. I think honestly that I’d argue that if SQL Server is too much of a forward push I’d take advantage of the fact that Excel’s developed so much over the last couple of decades that it’s now almost a viable substitute for simulating a very basic database. Not a lot that Access can do that Excel can’t although I’d admit that at least Access semi-forces you to abide by good database practice (lol, no it doesn’t

Yeah it’s highly limited but it has a niche and the sort of things discussed here are it, really.

You can install SQL Server but you can’t just drag an Excel sheet into a DB and have it be treated like a table AFAIK (for example).

Legacy or otherwise it is also still an offered Office package

Yeah but it’s not a smart career move to make it your speciality is it.

You can install SQL Server but you can’t just drag an Excel sheet into a DB and have it be treated like a table AFAIK (for example).

You can just about do this using the import wizards, if you don’t mind all your data getting mangled

Yeah it’s highly limited but it has a niche and the sort of things discussed here are it, really.

I’m not sure they are tbh. I think it’s more a case of person who is used to using databases to solve problems suggests solving problems using a database! I have a similar relationship with VBA: no matter how much easier or faster it might be do something ad hoc in another language or platform, my first instinct when trying to get something working quickly is to hit ALT + F11 in Excel and get straight into it!

Yeah but it’s not a smart career move to make it your speciality is it.

You’re right, I probably should have alluded to th-

However, you’ve then got to get into the grass with Access which is probably a dead end in terms of office skills.

I’m not sure they are tbh

Yeah I was being glib and should have qualified with some.

I can’t be expected to read all of your posts mate. There’s only so much solid gold a man can healthily ingest in one day.

TBH I’ve always felt Access is a bit hard done by. The main cause is probably just how expensive MS always made it. I could understand if they actually deprecated it but they clearly haven’t.

If it was just in the normal office suite beside Word and Excel I’d imagine it would have found a big niche with charities and small businesses.

But here we are…

Decided to have a look on YouTube to see some basic tutorials on how to do some SQL stuff. 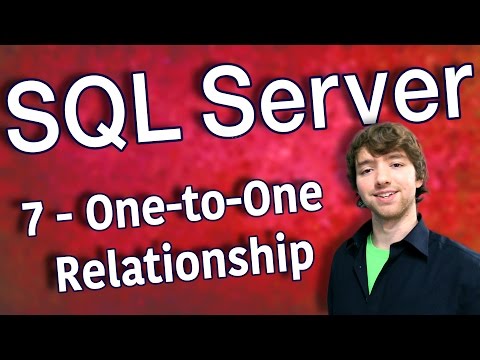 SQL is very straightforward which is nice. Also it’s mostly the same whether you’re using MS, MySQL or whatever.

If I have a column that contains both first names and surnames is there an easy way to split this into two columns without needing to do it manually?

Do you have a comma between first and second name?

Perfect, thank you! No comma but I think I can select ‘space’ and that should work. Or I can add commas if need be.

Only problem with space might be if you have like 2 first names that aren’t hyphened, like Mary Jo or something and surnameslile Van Something. But should be easy to pick up.

seems like text to columns is doing the trick, but if you want another method (say there are two spaces and you dont want three columns), you could do a formula that searches for the space, off the top of my head it would be =search(" “,A1) which would give you the number that the space appears, so then if you wanted the first name you could try something like =left(A1,search(” “,A1)-1) the left formula references a cell and then takes whatever number of characters you specify, so the previous formula minus 1 gives you the right number for the first name, you could use a similar formula to get the last name by using mid instead of left, it would be something like =mid(A1,search(” ",a1)+1,1000) the three arguments for mid are cell to evaluate, the first character to start on (which would be the search for the blank space plus one) then how many characters to take (so i’ve used 1000 which should be enough)