Sounds infinitely nicer than Rectum already! Glad you had a nice time man.

Once my wife and I went to Newcastle to stay with an old friend and his fiance. He told us when we arrived “We’ve cancelled our plans this weekend so we can spend time with you guys, but I just thought I’d mention - usually this evening we’d be going to the monthly S&M club we like to go to, and I just thought I’d mention it in case you were interested. No worries if not!”

We declined his offer but it was very nice of him to invite us.

Just some spanking in the public dungeon. Like I said, there wasn’t anyone we found hot there, but had there been we would have done sex with other people.

No thanks! I want no part in your sex festival!

I would really like to go (partly because of my ‘try as much as you can!’ approach to life) but then on the other hand I wouldn’t because I imagine it would be exactly like you describe.
Too much potential for ick factor.
I worry I’d feel obliged to be ‘polite’ and end up in a situation I don’t want to be in.

Can you talk us through what actually happens at one of these please, I can’t really fathom it. I went to a gay club in Berlin where there were open rooms with beds in that people were having sex in if that counts?

I’d say so. Years ago I went to Central Station for my birthday and it was a bit like that

I would say yes it does

I’ve got a good photo from an Amsterdam show that I could share on here. I’ll blur it out and if the mods want to remove it then feel free (so I can avoid becoming one ofc)

Then you wander round, people (men) spend a lot of time talking to you making it really clear they don’t often come to this sort of place before wondering if you’re into threesomes, you watch some spanking. If there had been more people you might have sex with them in one of the rooms. Avail yourself of the free tea facilities. Get tied up. Watch the goings on in the watersports room. That kind of thing.

Can’t believe everyone wanders round with a cuppa

sex people are intimidating to me, probably irrational

@NoahVale acting all mature - we know the truth 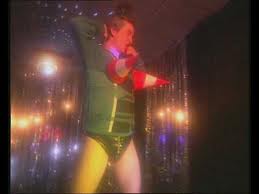