I’m no good at starting threads. Should be an interesting season after a lot of reshuffling around. Will try and do a prediction competition a bit closer to the start of the season.

BREAKING: Cyril Abiteboul departs Renault ahead of the team's re-branding as Alpine in 2021 #F1 https://t.co/QrqCmrad1n 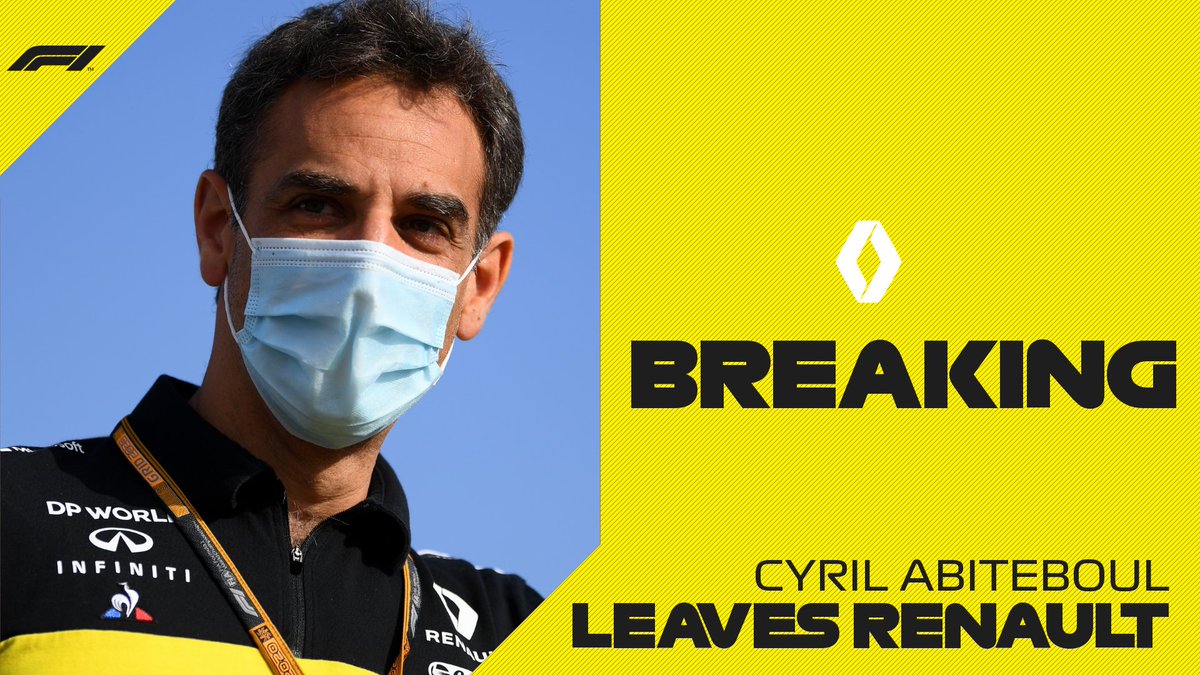 Shame to see him depart. Quite enjoyed him giving shit to Christian Horner

you might win best of the midfield, but expect strong competition from Mclaren who had a pretty good car last year, and are moving to Mercedes engines this year

That’s a shame. Unless he’s leaving so that he doesn’t have to get a tattoo?

Really hoping for another Netflix series of last year’s championship. I hope they managed to film it.

They were buzzing round when Ted was doing some Notebook’s with cameras filming so I think there will be one don’t know how long it’ll be mind.

Thank you for this sentence. I hadn’t a single clue what you were on about.

Formula One has announced the Australian Grand Prix and the Chinese Grand Prix have been postponed and the 2021 season will begin with the Bahrain Grand Prix on 28 March For more on this and other news visit news.sky.com
incomplete 12 January 2021 10:03 #9

Imola is back on the calendar

The 2021 Australian and Chinese Grands Prix are postponed because of Covid-19 restrictions in the countries.

Fingers crossed we get a return to Portugal. Love that track.

this is how the all time table looks if awarding the 25 - 18 -15 etc. scoring system for position in the championship.

A few years back, I was approached by a company to see if I wanted to endorse an erectile dysfunction product (designed to improve one’s prowess, not cause dysfunction!). Greatly offended by this slight to my masculinity, I declined. And it was for quite a lot of money too. I was amused, but also delighted, to discover that the man who eventually won the contract was none other than the great Sir Stirling Moss. He would have been in his late seventies but clearly more than happy to proclaim his continued and, no doubt, improved virility.

This was entirely in keeping with Stirling’s reputation as a man who loved his life and all the benefits that came the way of a winner and celebrity of his calibre. Unashamedly a man of his era, he still used the dreadfully incorrect term ‘crumpet’ to refer to members of the opposite sex he found attractive. But I feel he could be forgiven because he was after all a true gentleman in every other respect who I never knew to be lewd or ungentlemanly in any company. More than can be said of my father!

I must declare that I did not know Stirling well when I was younger, despite cherishing photos of him holding me as a baby together with a gallery of F1 stars of the early 1960s who my father had invited to my christening. Imagine that, Stirling Moss at your christening! Actually, it is a poignant photo. All but one of them had either fatal accidents or, as was the case with Stirling, career-ending ones. Actually, make that two who survived unscathed, me and Tony Brooks. Tragically, Wolfgang Von Trips would not survive the year. Sadly, we also know the fate of Bruce McLaren and my godfather, Jo Bonnier. But Stirling himself had only one more year left of his career. Doubly poignant would be the fact that he was passing my father at Goodwood when something went wrong.

In his book Life at the Limit Dad describes seeing Stirling flash past him at unabated speed as he slowed for St Mary’s bend. Indeed, there is an incredible photo taken by Peter Elinskas where you can see Dad looking across at Stirling already on the grass. What happened? We’ll never know. That was the end of the first chapter of Stirling’s life; the life
of a truly remarkable racing talent. But perhaps appropriately for Easter, it was also the start of his second life. In Sir Jackie Stewart’s words, he was already ‘a huge global star’. Now he would be spared the ignominy of a long slow decline. Stirling set the template for the coming wave of aspiring racing drivers to emulate, for both during and after their career.

Elsewhere in this journal they will be doing justice to all his great achievements; that he won 40 per cent of all the races he entered, that he was respected by Fangio, that he sacrificed a possible World Championship for the sake of fairness, that he would rather fly the flag for British makers than take the easy route to the top. But this is all the stuff of his racing legend. The Stirling I got to know when I was growing up was in the third person. People would refer to him, but you never actually saw him. There were two ‘third person’ names in my house when I was growing up; Bernie and Stirling. They had this all-pervading presence, always talked about but never seen. I never really got to know Stirling at that time, but I had this sense that he kept his distance for some reason. Maybe because he knew my dad so well? I don’t know.

When I eventually got to F1, it was slightly painful, therefore, to read that Stirling thought I was not as good as my dad. Maybe I wasn’t, but you didn’t want Stirling Moss to be telling everyone! So, I was very aware of his power within the sport. He had grown to become almost a demi-god, not as proactive as Jackie, but ‘there’, in the mix of motor sport life. Someone you did not dare to dispute. Of course, when you are racing, something happens to one’s skin. It gets very thin. Everyone is a bit ‘prickly’. But he seemed to be surrounded by a protective ring of journalists who eagerly repeated his utterances. The news would come out, but it was not so easy to get a word in. He was a protected legend within the sport, and maybe that’s the way he liked it. He was, after all, a living legend.

So, it was with great relief that I did eventually get to know him in later life, when I was President of the BRDC. Him and Susie, who is lovely and sharp and witty and clearly loved Stirling. I think he needed someone like her to deal with the problem of being famous.

There are too many people who want to use or just take up time from someone like him. It can be tiring being famous. Over time I seemed to get the job of looking after him at various public functions, a job I started to
jealously protect, because he was so lovely and kind and generous with his gratitude for small bits of help, be they ever so trivial. And he said nice things about me. Publicly! What a great shame he’s gone. I feel like I’ve lost a friend. We all do.

And every 17th of September, on the birthday we share, I’ll miss his card.

Portugal going ahead for 2021, which is a good thing.

Formula 1 secures confirmation that Portugal can host the third grand prix of the 2021 season on 2 May.

with the snooker worlds final too that’ll be a nice weekend! 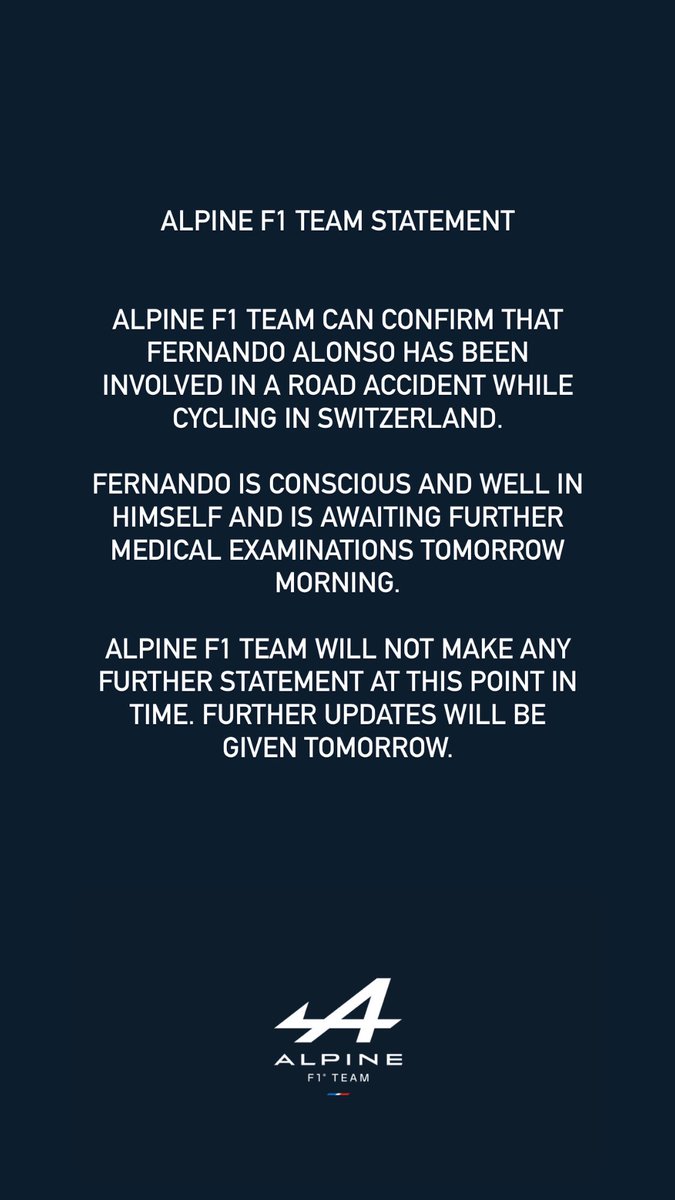 Interesting that. Really shows up how the best drivers since the late 80s have generally had much longer careers than those of old.

more races as well as more seasons, it’s mad that Fangio only took part in about 50 races but won 5 championships

if Russell hadn’t had his Merc cameo he might have got to that number of races without any points!

Alonso got hurt on his bike, but jaw and teeth are the only issues apparently.

Can’t wait to have him back, if Renault are on par with last season, he’ll get on the podium several times imo 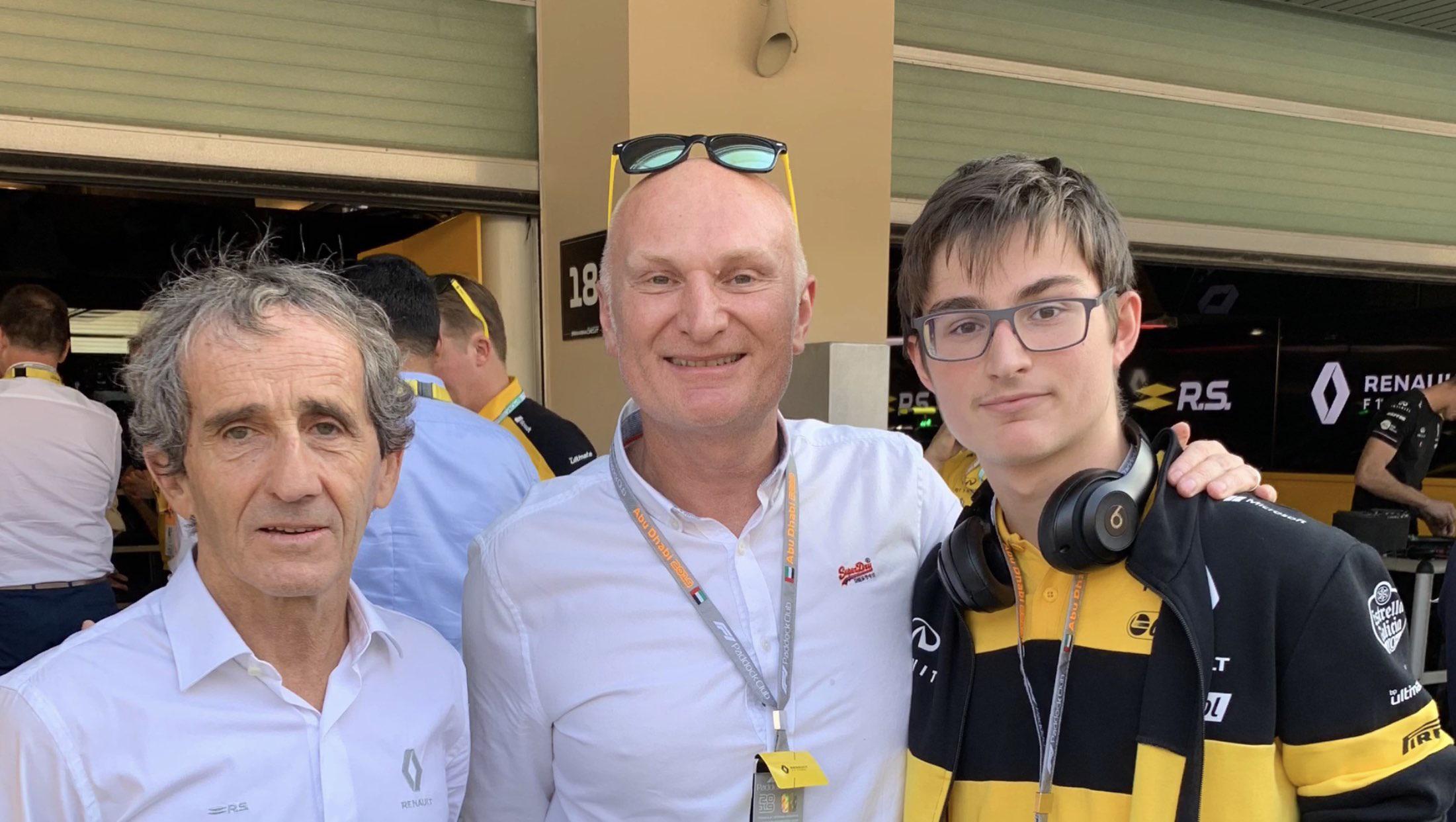 Alain looking just as thrilled as they are

Max. World champion at any time in the future? If so, when?