If he went left rather than right and he’s going into the pit wall. Really scary

So disappointing that a race is decided like that, absolutely robbed. Perez has driven a great race but it’s not right.

Wonder if Seb could sneak this?!

Lewis with a sympathy lockup

Would have loved a few more laps of that at the end. Scenes

Went out because the race was over. Apparently not…

as good as Monaco was boring

Had to leave for a train after Max’s crash, fairly sure that it was going to be SC to the end. Somewhere on the way into New Street, found out there was a restart and shenanigans.

I was out yesterday so wasn’t able to watch the race on Now TV, so I watched the ITV showing instead (having seen there were a fair few posts in this thread, and so I avoided all news of what happened). I laughed so much when I heard that piercing shocked scream, but wasn’t quite sure who it was!

at the start of the season I was sure that unless Max had a decent car advantage, Lewis would win the title

not so sure now

Wtf has happened to Bottas. Guy is all at sea at the moment

i feel a bit sorry for him cos he gets so much stick and basically everyone is just waiting for Mercedes to get rid of him, but he was terrible all weekend. got a bit screwed in quali and probably by not having the same setup as they gave Hamilton, but in the race he was nowhere. has had some bad luck this season, but hasn’t really helped himself much imo.

pure speculation on my part, but i wonder if it’s similar to Vettel last season in that he knows he’s out at the end of the year, except they’ve just not made it public like Ferrari did, and he’s just going through the motions, bit demotivated etc. surely Mercedes can’t be looking at how he’s doing, how Red Bull have got a competent number 2 driver and theirs isn’t even able to get in the points, and think yep, let’s keep him on again cos he doesn’t disrupt Hamilton.

I think you’re right that Bottas knows he’s done and just doesn’t have that drive anymore. I do hope it’s Russell that comes in.

I’ve always liked him and think he has been quick enough to be a decent wingman to Hamilton but not quite fast enough to truly compete and end up with a Rosberg situation (e.g. perfect for keeping Hamilton happy), but the Red Bulls and Ferrari’s now have 4 very strong drivers (Leclerc and Max are elite) so they need to pair someone with Hamilton who can help keep them back and I don’t think Bottas is as quick as Perez or Sainz now, for whatever reason.

yeah you’d think they’ll give it to Russell after how impressive he was when he stood in for Hamilton, although i think Ocon is still part of the Mercedes driver programme so in theory he’s ahead of Russell in the queue, but he’s done nothing to warrant a promotion to Mercedes and would have thought Alpine would want to keep him for French reasons.

i rated Bottas when he was at Williams, thought he’d do well at Mercedes and he did at first, but feels like he’s dropped off earlier and earlier each season. must be really draining when you’re doing your best and still getting beaten comfortably by your teammate because they’re one of the all time greats.

not even remotely in the same league or anything but i play a lot of the F1 games and do proper organised seasons with the same people year on year - i’m currently having my best season possibly ever, but i’m 2nd overall in our latest season and miles back, the guy in first hasn’t finished off the podium and has been on pole every race bar one, i’m constantly 2nd on the grid behind him, have got a few wins but mostly 2nds and 3rds. i’m getting proper Bottas’d and it does get really annoying after a while, and this is only a game as opposed to my actual job/career

now that Hamilton is only winning by performing at an elite level, Bottas’ true level is clear

I think that’s true but also the second drivers of the key rivals are much better. Actually the top 2/3rds of the field are absolutely stacked with talent.

There’s a video of the commentary box, here 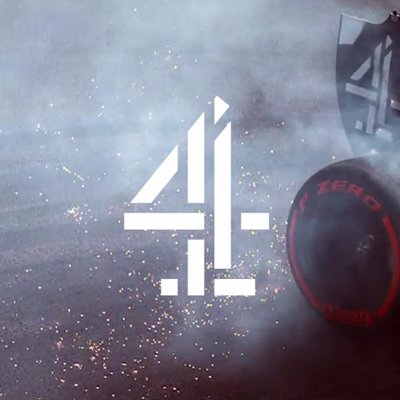 To be fair to Webber I did a similar scream when it happened. Absolute scenes