Been some amazing replies to this on Twitter and don’t think we’ve done this thread since moving forums https://twitter.com/drownedinsound/status/1403962118383284230?s=21

The Bjork one is particularly fantastic.

Aye we did, famous musicians rather than just famous people though…

Considering London has one of the most vibrant live music scenes in the world, very rarely if ever see musicians at gigs - too much of a busman’s holiday, maybe. In fact, over the years I’ve only ever seen one musician attend shows and that was Trembling Bell’s Alex Neilson, who has also played with Bonnie Prince Billy, Current 93, Jandek, Richard Youngs etc Back in the day we both knew a live music promoter, so as casual acquaintances we’d chat at shows. Have you seen any musicians attend gig…

Actual none music people the only one I can think of and mainly because it was so weird at the time is Darren from Hollyoaks watching a new band showcase at Jabez Clegg headlined by Reverend & The Makers in 2006.

Marc Riley at a Raincoats gig in Manchester my friend put on a couple of years ago. not a huge surprise.

saw Glen Hansard in the crowd at a Pixies gig in Iveagh Gardens in Dublin, but fans kept talking to him so he slinked off somewhere

on that note, saw Late Late Show presenter Ryan Tubridy at The Frames in the same venue the year before. in a suit, of course.

Stood next to David Cross watching Grizzly Bear at the Roundhouse I think in March 2009. It took all of my willpower not to try and quote Tobias Fümke at him. Very distracting.

Jimi Goodwin at Interpol at Manchester Academy in 2003. I was coming back from the bar, three pints in hand. He was coming the other way. I said “Are you Jimi?” He nodded and I replied “fuuuuucking hellllll” and carried on back to my mates.

Robert Smith side of stage watching Chvrches a few years back in London (Shepherds Bush Empire or something).

Bjork rushing down the front to dance to Forest Swords at All Tomorrows Parties in Reykjavik (RIP).

saw Robert Smith and a couple of The Twilight Sad at Mogwai’s after show thing in Underworld a few years ago after the Roundhouse gigs (as well as Barry and Stuart from Mogwai, Stuart was DJing)

I know Zanimos references the Bjork tweet above, but it would be a shame for anyone who doesnt click the link to miss its brilliance.

@shffl
@DrownedinSound Björk at a Blanck Mass performance during the Sacred Bones 10 year anniversary (Greenwood Terminal Warehouse, Brooklyn, 2017). Can you spot her? https://t.co/UUK0LfWlPL 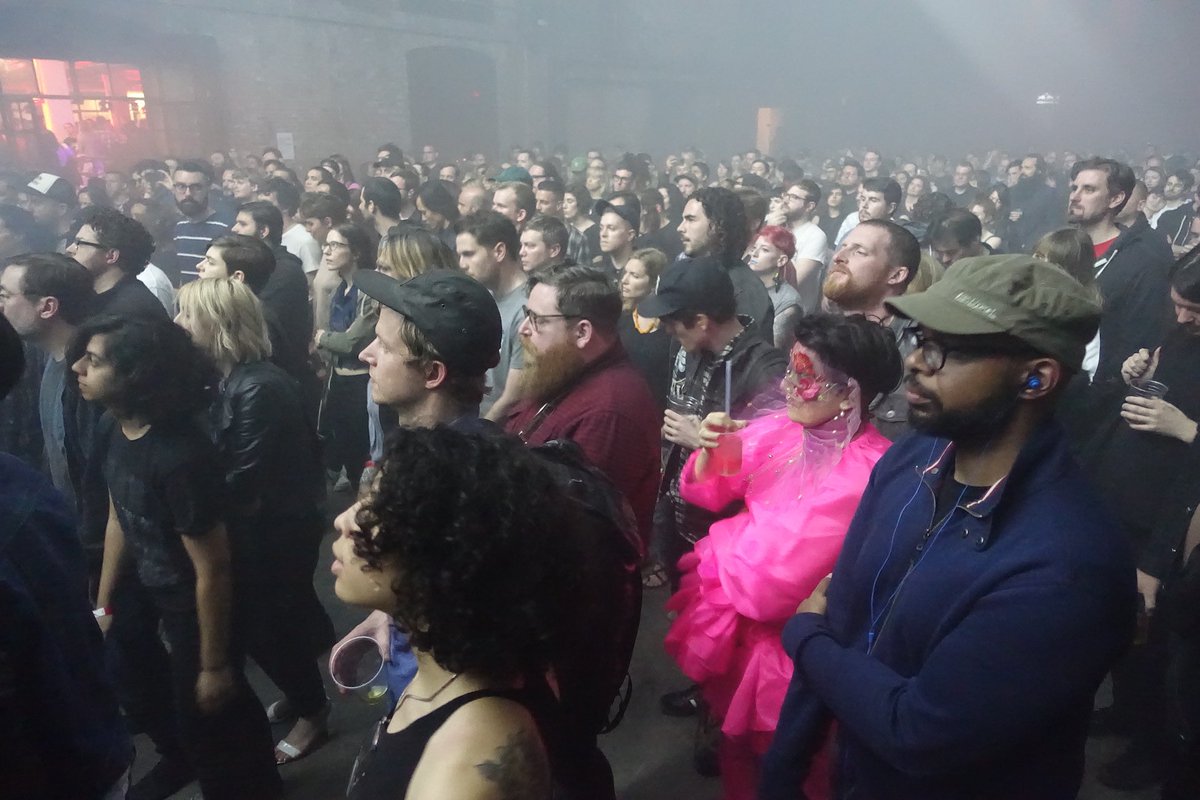 Venus Williams, the evening she won one of her Wimbledon doubles titles, at Flying Lotus/TheWeeknd’s set at XOYO in 2012.

Stewart Lee at various Steve Wynn gigs over the years.

Les Dennis at an Aztec Camera aftershow at Brixton Academy in 1990.

Roger Black at various Roddy Frame gigs over the years.

Lee ranaldo plus his whole touring band were sitting in front of me at julia holter a few years ago.

After one of Prince’s 21 o2 gigs, my group chatted away to a blonde woman from Shameless. I don’t watch it so no idea who she was.

Neil Hannon was a couple of rows in front of me at a Ben Folds gig. Poor fella was tortured the whole night.

Saw Nigel Havers at a Mark Knopfler gig at the MEN Arena about 10 years ago.

Can we do theatre too? Only cos I sat next to David Suchet at some Shakespeare at the Barbican one time, I spent the whole play thinking fucking hell I’m sat next to Poirot.

I sat next to David Suchet at some Shakespeare at the Barbican one time, I spent the whole play thinking fucking hell I’m sat next to Poirot.

Did he get a confession out of you for your many, many crimes?

a blonde woman from Shameless

Macy Gray at the NEC. Went to the loo and held the door open for the next guy as you do on my way out.