my answers would be:

thanks for the extra info. I read 26 but my target was 40, was on track until about July too

On book 27, was aiming for anything over 25 so I’m happy with that

Favourite overall would be probably be Station Eleven too, was totally caught up in that whole world and how well she wrote. Big fan

Read precisely one book released this year - Interior Chinatown by Charles Yu. Luckily it was excellent and very close to being my book of the year more generally.

Also read three Chandler novels, so very glad to have finished the Marlowe series finally, after really drawing them out of years previously. Will love to go back and reread them all again within the next year or so

Favourite that came out this year - Small Things Like These by Claire Keegan. Novella from one of my favourite short story writers. Really concise and crisp writing.

In general - Wee Free Men by Terry Pratchett. Probably the best Pratchett reading experience I’ve had as an adult, really funny and Tiffany Aching is one of his best characters.

I barely read new books these days lads but good ones I remember:

One of them by Musa Okwonga (about his time at Eton as a black boy on a scholarship), a bunch of Ursula K Le Guin stories that I hadn’t read before, Pachinko by Min Jin Lee was this year I think, liked that a lot, can’t remember anything else new, everything else was a reread

Favourite 2021 publication: Build Your House Around My Body by Violet Kupersmith,

Favourite pre-2021 work: Shipwrecks by Akira Yoshimura. Unbelievably bleak tale of life on the margins in feudal Japan, centred around a small coastal community who survive by luring ships onto the rocks and plundering them. Starts out wretchedly miserable, and boy does it get worse by the end.

These sound interesting and that’s a huge amount of books

Build Your House Around My Body by Violet Kupersmith

Remember reading a review and being intrigued, going straight on my list now

Best overall - dead heat between The Notebook by Agota Kristof and Tender is The Flesh.

I finished Infinite Jest this year too.

that’s a huge amount of books

I’ve always been a fast reader, and plenty of furlough time helped get the number up

Favourite book I’ve read this year was Gideon the Ninth by Tamsyn Muir (2019). Blew me away.

Think I read only one book which came out in 2021 which was The Fall of Koli by M R Carey so it wins by default but was also the third book in the excellent Rampart Trilogy which started in 2020.

Also really enjoyed Such A Fun Age by Kiley Reid (2019)

Oh, The Galaxy, and the Ground Within by Becky Chambers was 2021. Stick that in too. Loved that one. So heartening.

I’ve ‘read’ 47 books this year. Caveat that I didn’t finish two of them - ‘Falling Man’ by Don DeLillo and ‘The Razor’s Edge’ by W Somerset Maugham. I almost reached the finish line but just couldn’t be bothered crossing it with them. I’m not counting Dracula by Bram Stroker because I barely got into it. My lack of patience with Dracula is what caused me to take almost a two month break from reading because I was disappointed with myself. Also, that was around the time that the Euros were happening.

Books from 2021 (again, caveat that some of these might have come out earlier but I just don’t know exactly) that I read: I feel like I can rank these:

1 Jonathan Franzen - Crossroads
2 Kazuo Ishiguro - Klara and the Sun
3 Steven Hall - Maxwell’s Demon
4 Andrzej Tichy - Wretchedness
5 Joshua Ferris - A Calling for Charlie Barnes
6 Charles Yu - Interior Chinatown (I have to admit I liked the idea of this book more than the execution, but it’s a good read.
7 Patricia Lockwood - No One is Talking About This (Didn’t like this one in the slightest)

I think ‘Piranesi’ by Susanna Clarke came out last year, otherwise that would be my number one.

Worth pointing out that I’m halfway through ‘The Every’ by Dave Eggers, which might be fairly high on the list (I’m enjoying it) and on my Christmas reading list I have ‘The Books of Jacob’ by Olga Togarczuk, which I have a feeling will either be my favourite book published this year, or I’ll end up throwing it against the wall, the size of which might cause a load-bearing wall to collapse. I also have ‘The Passenger’ by Ulrich Alexander Boschwitz on my list to read before the year is out. Neither of the aforementioned books in this list are 2021 book (‘The Passenger’ was published in 1937 in Swedish (I think) and The Books of Jacob was first published in Poland in 2014) but I wouldn’t have had the chance to read in English until this year so I guess they count?

I’m going to stick my neck out and say that my favourite book that I’ve read this year is ‘The Colour of Memory’ by Geoff Dyer. I honestly can’t remember if I bought this book when I lived in the UK (IE 11 years ago) or if I either bought it online since then, or picked it up on one my brief trips home in the last decade). But it had been sitting on my shelf for absolutely ages, until I had an urge to read a book sent in London. Picked it off the shelf and absolutely loved it. It doesn’t really have a plot, it’s just a series of snapshots of life in London in the late 1980s, almost like Dyer is narrating a series of photographs or commentating on home movies (it’s not that - it’s definitely a novel, but has that kind of spirit) and just did an incredible job of placing me at exactly that place and that time, even though I wasn’t there and then. It was also published in the late 1980s so it also had that sense of nostalgia for the present, rather than the author looking back at a bygone era. Absolutely loved it.

Other books I’ve loved this year:

Kiego Higashino - Malice (this was recommended to me on this forum) absolutely delightful crime thriller that has so many bait-and-switch moments that reminded me of ‘Knives Out’ in that a very detail is revealed early on but the rest of the story plays out in a more of a whydunnit or howdunnit that a whodunnit. I recommended it to my Taggart and Ruth Rendell loving parents, who have since sought out as many other books by Higashino as they can find. I haven’t done so, but will do.

Susanna Clarke - Piranesi (as mentioned above. I love a puzzle-story, and this is up there with the tightest, clockwork (not a criticism) mysteries. Just the best example (this is how I feel, not sure if it’s how Clarke planned it) of a story where I felt the book was written backwards, but you understand it forwards.

Ali Smith ’ The Accidental’ - baffled by the ‘Daily Mail book club!’ recommendation on the cover. Loved how the narrative floated around either giving me too much detail, or not enough.

Daisy Johnson - ‘Fen’ and ‘Everything Under’. The former is just a great example of why a book of short stories is worth the time and effort - just a great case of interconnecting stories which all seem to take place in the same village, without being too ‘Roysten Vasey’ about it. The latter was one of those books where I was a bit ‘Not sure if I can bothered with a Greek myth retelling’ but was really entertaining without really knowing much about the mythology.

Wilkie Collins - The Moonstone - I literally approached this in the same way I did with ‘Citizen Kane’ when I saw that. Like ‘OK, This thing is going to tell me a lot about how plot and language work’ but it’s actually a really entertaining book, and although it’s told in increasingly smaller accounts of what took place, the mystery/crime element is surprising, and there are a good many reasons why it’s classed as a pioneering classic of the crime genre. Just look at the Wikipedia entry for the sheer amount of tropes of crime genre it introduced or reintroduced for a wider audience. Staggering.

W Somerset Maugham - The Moon and Sixpence. Until I struggled through and eventually gave up on The Razor’s Edge I thought this dude might be my new favourite writer. This, and Of Human Bondage are both fantastic. and I’ve ordered a copy of The Painted Veil to try and restore the balance. This is a classic book 'about character x by narrated by character y; like The Great Gatsby etc.

I finished this last week and agree so hard with this opinion.

Glad you and your parents enjoyed this so much! I’m not as clued in on books as I am with music or movies but I know if I finish one in a matter of days it’s a good one!

Acts of Desperation by Megan Nolan

She seems great going off her Twitter but I also think this looks way too heavy and so I’ve not got around to getting it.

Looks like I read four books published this year:

Detransition Baby
Klara and the Sun
The Appeal
Leviathan Falls

Probably enjoyed Leviathan Falls the most but then it’s the finishing book of The Expanse so it’s hard for others to match up to that.

Probably The Appeal was the book I enjoyed most of the other three although it was tight. It’s a murder mystery told purely over emails and messages (can’t recall the term for that sort of book). It’s cheesy but just very very hard to put down. 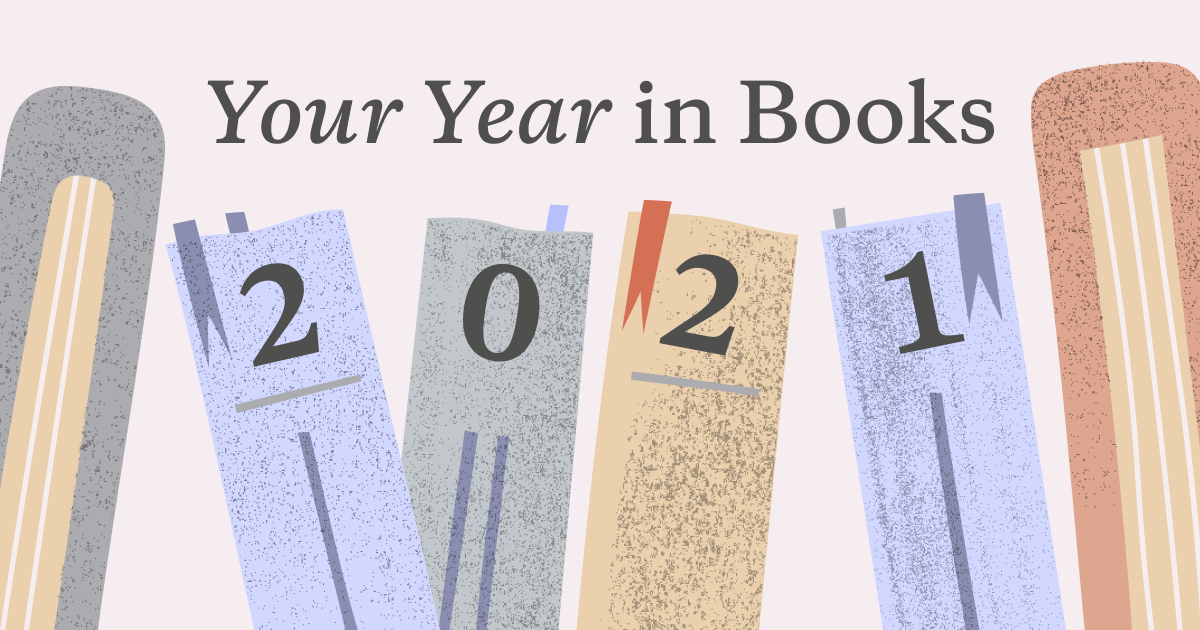 Check out My 2021 Year in Books on Goodreads!

Read 122 books so far this year. Lockdowns and working from home helps with that massively, but also read one a month for a book group and try to keep up with the Backlisted podcast books as well.

Other new books that almost got my vote for best 2021 release:
My Phantoms - Gwendoline Riley
Under the Blue - Oana Aristide
Klara and the Sun - Kazuo Ishiguro
Sea State - Tabitha Lasley