I love a good compilation and there are some really excellent ones in the piece - I would heartily endorse the choices of Personal Space, Bangs and Works, Disco not Disco, Hip Hop Don’t Stop, Nuggets and all of the Soul Jazz ones they include.

Can we add anything to the list? These are various artist compilations (so no Best of The Beatles) and ‘single genre’ (although I’m not really sure what they mean by that and certainly won’t be policing it). Ideally things that opened up a new area or niche of music to you.

I’ll post a few through the day as I think of them - if you add one include a description and, if possible, a favourite track from the compilation.

The Quietus went for Universal Sounds of America, which is also excellent but which is a sort of sequel to this one, one of the earliest releases on Soul Jazz and still one of the best.

Strata-East was a 70s New York jazz label - artist owned, highly independent and effortlessly cool. The music they released was at the meeting point of free-jazz, jazz-funk, Afro-centricism and funk and almost all of it is absolutely superb. I love this record so much that I can’t keep myself to a single track - now could you choose between these three?

An obsession of my early teens - when this music sounded like it came from outer space (a lot of it still does). This is a compilation of early proto hip-hop and electro dance music from New York in the early 80s. There are few hits on it (White Lines, Rockit) but also a lot of things that were much more obscure at the time. For lots of us at the time it was the first time we ever heard this sort of music and it was massively influential.

Definitely XFM’s It’s A Cool, Cool Christmas album for me, from November 2000:

I already knew and loved Grandaddy, Eels, The Flaming Lips, and The Webb Brothers.

But it led to me discovering and buying albums for Calexico, Departure Lounge, Giant Sand, and Low (and maybe the first Snow Patrol album?). The Departure Lounge and Low songs are definitely two of my favourite Xmas songs now

So many of the songs were really good, and it was just a great compilation. It’s a shame it’s not on Spotify though.

A fabulously weird and expansive compilation of what you might very broadly term ‘ambient music’ compiled by David Toop.

It takes a wonderfully mind-blowing approach to genre, including as it does not only Brian Eno, Aphex Twin, Harold Budd and John Cage but also King Tubby, My Bloody Valentine, Debussy, Satie and field recordings of things like howler monkeys, bearded seals, Buddhist ceremonies, Native American chants and Japanese water chimes. There’s also a follow up (Crooning on Venus) which focuses on singers and is equally good.

Dark was the Night

Released in 2009 to raise funds for an AIDS/HIV charity. Has raised $1.6m so far. Indie, Americana and folk roots all feature heavily and feature a lot of contemporary artists. Is really good. cheers. 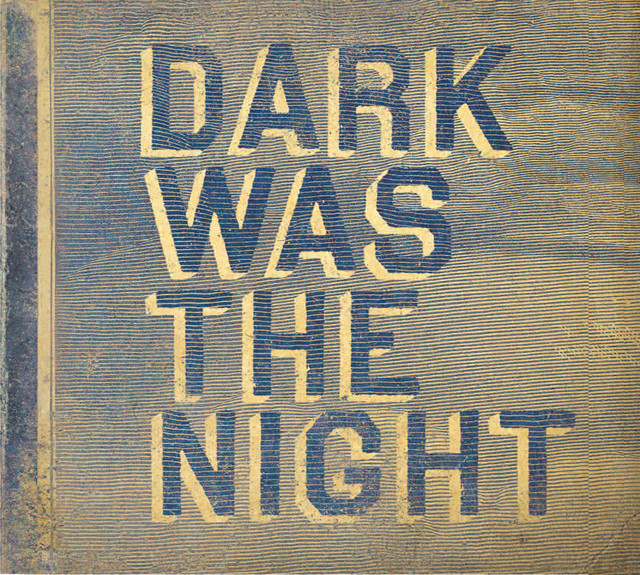 Dark Was The Night (Red Hot Compilation), an album by Various Artists on Spotify

not much good at describing stuff tbh

A recent discovery for me, after it was mentioned in Ian Penman’s excellent recent book. This is a compilation of soul music from 1966-1972 which was inspired by and directly addressed the Vietnam War, which had a disproportionately harrowing effect on Black America.

There are some well known artists (Edwin Starr, Curtis Mayfield, Bill Withers, James Carr) and a lot of less well known ones and the quality of the music is extremely high throughout. What is most powerful though is the way the music tells the story. It’s arranged chronologically, so at the start you get a lot of lonesome ballads about soldiers who miss their sweethearts and a tone of ‘I know it’s hard but I have to go and do my duty’. As time goes on there are more songs reflecting the horror and pointlessness of the war, and increasingly strident songs calling for an end to it (Bring the Boys Home by Freda Payne, Stop the War Now by Edwin Starr). At the end you get songs dealing with the aftermath like Bill Withers’s famous I Can’t Write Left Handed. It really is incredibly moving and powerful.

The three CD Tamla Motown Gold for me - but otherwise agree 100%.

I love this too.

Disc 1 rather than Disc 2 though.

This is a recent favourite.

And this one is curated by John Spencer and it’s just good fun: https://www.discogs.com/Various-Rough-Trade-Shops-Rock-And-Roll-1/release/1007275 Various - The Patron Saints Of Teenage

This is one of my favourites from my late teens. In 1994 in exchange for about £3 and cutting out some tokens in The NME they would send you this album; a compilation of Creation bands before Oasis.

It was pre internet days back then and at the school that I attended there weren’t many indie rock fans. I’d never heard of many of these bands let alone their music. That was my introduction to bands like MBV, Sugar, JAMC and The House Of Love.

Another one from my youth. Sub Pop bands that I hadn’t heard of before. I still love this Velocity Girl track over 25 years after hearing it for the first time:

That sould jazz new orleans funk one on the list is so good.

Don;t generally buy comps but i’ve got this LP which is great for mid 80’s Washington/dischord stuff

And this is a killer mid 90’s emo comp for food not bombs:

I’ve only got the 12" sampler of this but its great, as is the whole thing - earache - grindcrusher

Rawkus Soundbombing 2 was great for new yoik hip hop in the late 90s:

and this is more recent but an nice ambeint one inspired by Harold Budd for charity:

Good shout! Also Guitars on Mars and Booming On Pluto (Electro). There’s a book to go with Ocean of Sound…

Never got round to reading the book (although I knew it existed) - is it good?

60s Girl Group is single focussed so have a few comps that are my go to for this stuff. Various - One Kiss Can Lead To Another: Girl Group Sounds Lost And Found Various - One Kiss Can Lead To Another: Girl Group Sounds Lost And Found


Various - She’s So Fine The Rise Of The Girl Groups Various - She's So Fine The Rise Of The Girl Groups

I love One Kiss Can Lead To Another - should have posted it myself. Everything is great about it except for how hard it is to find somewhere to put it. My copy presently teetering on top of a pile of CDs.