What’s your fave statue, sculpture, engraving etc either out on the streets or in publicly accessible spaces that aren’t galleries. Suppose you can include street art in this if you want!

Mine are predictably all William Mitchells (see also my avatar)

The big fish in Belfast is nice:

I’ve changed my thread to an art week one! First that comes to mind are the big lads outside the palm house in Kew gardens, the greyhound is a dead ringer for scooby doo

In 1958 Sir Henry Ross, Chairman of the Distillers Company in Edinburgh, paid for Portland stone replicas of the statues to be made, which are on display outside the Palm House at Kew Gardens. The beasts also served as models for topiary at Hall Place, Bexley. The original sculptures have been commemorated in the following forms: bone china figurines, cups and saucers, glass tray sets, plaster models, reclaimed material reproductions, porcelain candlesticks, British postage stamps issued in 1

Oooo, I’d like to stroke its lovely smooth chin

What’s on the tiles?

I like when other things are included into bigger pieces. There’s a horse and lamppost in Salford which is…well, it’s ok, but up close has lots of nice details to it, like being covered in local info and bits of industrial machinery - I like the little rail or tram track on its shoulder

And then there was this one which (again, very reasonably) made people treat a non-roundabout section of pedestrianised road as a roundabout:

Probably a million miles away but I did a zoom this week about the cement sculptures that used to be on top of Crystal Palace (and the more traditional marble ones at garden level - had some quite famous buyers, Bing Crosby I think was one of them). I took a screenshot of the Egyptian room which looked lush!

I like these lads. Elizabeth Frink’s Martyrs Memorial in Dorchester

Was an incredible piece of engineering. As originally designed it used to rise from ground level and then piss out thousands of litres of water into the fountain pond below.

However when it was cold and windy the water used to blow over the surrounding paving slabs, freeze and cause chaos.

It broke down a lot, they eventually got rid of all the water and the basin became a massive litter bin. The local skater kids use to hang around it, then eventually the council got rid

Honestly struggling to think of any properly interesting and arresting public art in Stockholm. It’s all a bit wrong somehow

What’s on the tiles?

They’re ceramic with images and text from Belfast’s history: can’t find many good close-ups without watermarks but this gives the idea:

Yeah the thing with public art is that the councils think public means no accountability and often when they scrap it it’s done so irresponsibly, without the artist having a say, and without the public having a chance to intervene - usually, the public are treated like tiny little babies here anyway and we get told ‘this piece is going into storage for a while’ and they hope we won’t notice when it never reappears. I know its probably been melted down or whatever but I still email about a piece that was on Deansgate that went into temporary storage 20 years ago. But when it’s something like this it’s tricky and I think so much blame is put on the artist and how much it’s cost, without looking for ways to reengineer or just auction it off.

(Like out of use art can also be interesting in itself, should lean into that sort of thing more purposefully as god knows we’re terrible at maintaining it)

Eduardo Paolozzi’s statue of Isaac Newton at the British Library

based on this painting by William Blake

Is that Os Gemeos?

Just had a look at this article: 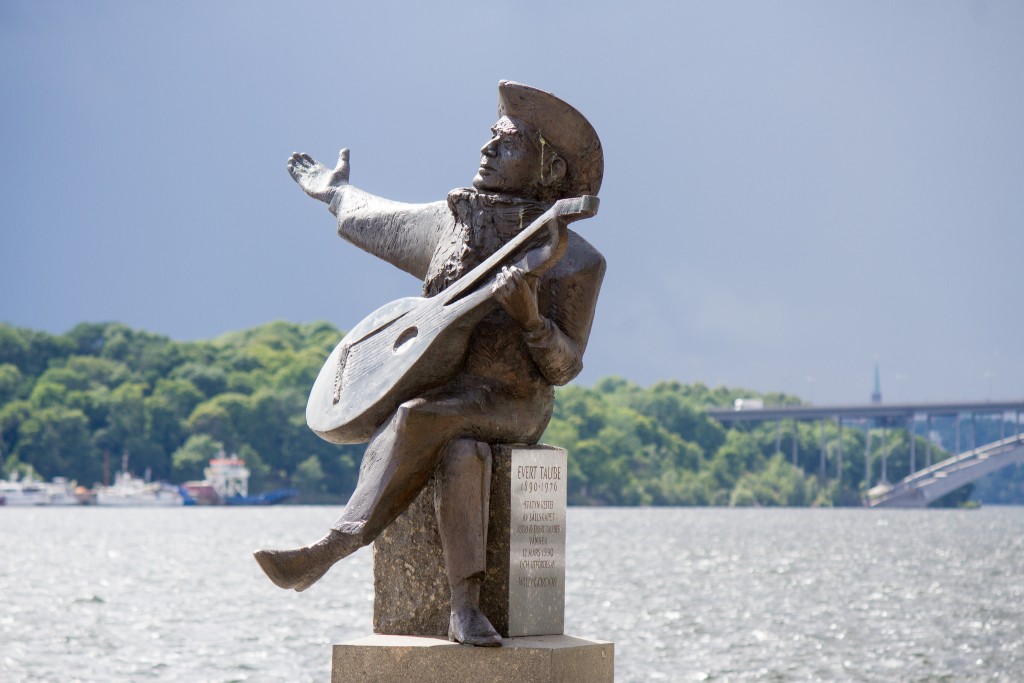 The Best Public Art in Stockholm

From weather predicting globes to reflections on Sweden's maritime past, there's public art around every corner in Stockholm.

Like that sound wave bit, the goat one looks weird AF and I’d love to see more but can’t seem to find a better image online. Quite like the tiny one of the boy too.

I like this one too.
Run in Denmark Hill

Paalozzi <3 I’ve never actually seen this one despite loving it from afar.

Which reminds me, I still haven’t ever seen his Underground mosaics

Awwwww yes! I love that wolfy <3

London has so much good public art. I need to come and have a sculpture mini break.

The sound wave is underwhelming and in a quite inaccessible place, not seen the goat & the little iron boy is nothing more than a curio

It’s all a bit of a poor showing really