I remember I went to the peak district with some friends in I think 2018 or maybe summer 2019, we climbed one really quite tall peak and I got to the top and it really fucked me up. I had to sit down and grab onto the ground because everything was spinning, it was awful.

I’m ok with heights on solid ground (no fear at the top of a tall building or cliff edge) but I don’t really trust free-standing ladders.

yeah I believe you, it’s just a thread to chat about either really

not sure why they get used interchangeably. my old housemate had a bad spell of vertigo where she just couldn’t stand up without feeling dizzy.

My fear of flying is the one thing I’d change about myself. So many places I probably will never see as the idea of flying sends me proper west. Keeps me up at night at times tbh

I can get on planes. I can climb a rickety ladder but I’m not fearless, I would obviously take it carefully.

Don’t like flying but that’s the claustrophobic element rather than the height thing.

There really should be a Mr T style service where they just drug you and you wake up in the Caribbean
I mean, how hard can it be

Yeah I’ve had that with labyrinthitis.

I think they’re used interchangeably because the one seems to cause the other and it’s rare to have it with other phobias I presume.

I see rollercoasters as absolute deathtraps and little of that is to do with the height really.

Funnily enough, I watched this earlier on. The worst but for me was when the person filming leans over the basket to get a shot of the guy falling. Imagine my momentum taking me over the side. Probably strapped up though but even still. 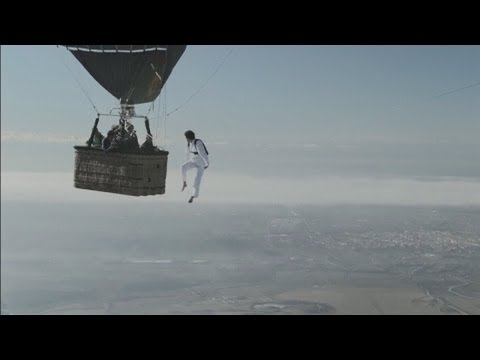 Heights are fine but I absolutely lose my shit up a ladder.

don’t even want to look at the screencapture (what’s the word for the image in youtube vids before you press play?)

Don’t like flying but that’s the claustrophobic element rather than the height thing.

There really should be a Mr T style service where they just drug you and you wake up in the Caribbean
I mean, how hard can it be

I really dislike flying but it’s not so much the height that I hate but the claustrophobic element on a plane, it’s just too much being encased in that small space at such a height, with so many people. Ughhhh…

Or those stairs which have big gaps between them, and so you can see straight to the ground when you’re going up.

Yeah, it’s not being able to get off when I want and all those people packed in.
Actually like the landing/taking off parts, rest is just a bit dull.

what about rope bridges? how are they a thing?! Yeah just hold on to this rope as the floor sways beneath you and try not to get your foot twisted and tangled up in it

Can’t stand the videos of usually Russian lads jumping about the top of big buildings and dangling off them. Always imagine being the one having to witness their pal falling to their death and what that instant shock and panic would feel like.