Feb 2020 politics: we've gone over the white cliffs of Dover

What the fuck do we do now, eh.

[I mean I hate rugby as much as the next man, but England getting completely trounced by France two days after Brexit is enough to make a depressed dog laugh.]

Brings back memories of losing to Iceland, doesn’t it?

England at the Euros this summer

England v France/Germany (in Dublin) is a real possibility in the second round, it’s going to be a nightmare 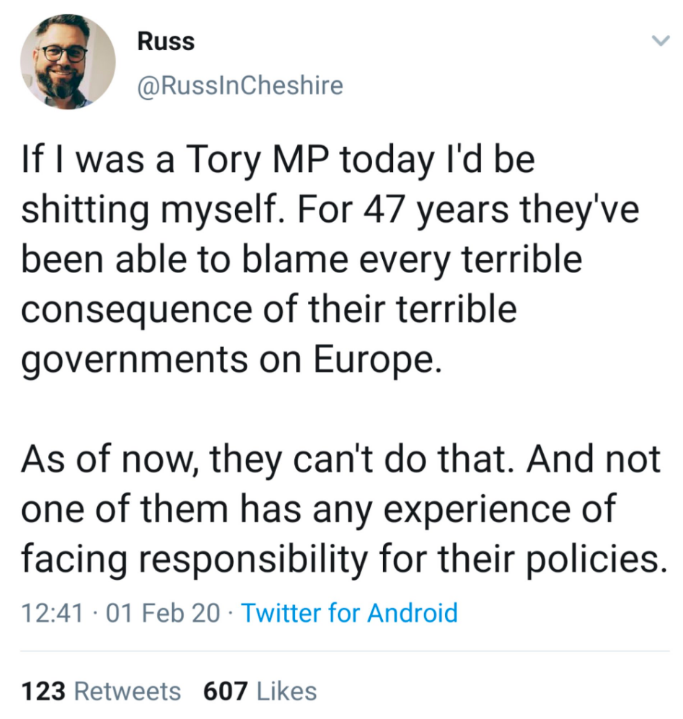 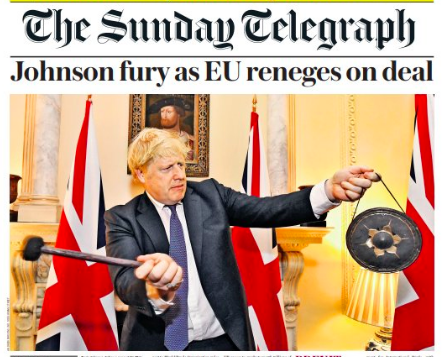 I am disappointed that you didn’t quote my excellent Dominic Raab joke that I posted in the wrong place.

FFS you only had to scan-read eight fucking posts, CCB

Not bothering to read the rest of the thread is an important principle, no matter how many posts there are.

I’d like to see ol’ Boris wriggle his way out of this jam!

Enjoy the glorious national cuisine of our friends’ 27 remaining member states, until Boris bans it, Tesco runs out of everything but bread and water, or @profk mothballs the recipes in a Galician urn.

Scotland will somehow qualify and they will eliminate England in the group stages. You heard it here first. The loaded political overtones say it’s destiny, just like when East Germany beat West Germany (in West Germany!) at World Cup '74.

The General Election was pretty much the final straw for any genuine belief in “Lexit” (four years ago my politics were pretty much the same as George Aylett, but his “That’s for Greece” tweet on Friday etc. went down like a lead balloon.) So, great thread.

We’ve seen this then? Hmm

We really are going for a no-deal brexit then eh

I mean I would think that if a largely now unaccountable government of no-dealers weren’t in power?

Funnily enough Leave HQ actually put out one of the best explainers as to why no-deal wouldn’t be feasible:

Boris has to talk tough to appease the brexit crowd but I doubt he has the stomach for the economic and social unrest that would be caused by simply walking away. Wouldn’t even be surprised if he extended the negotiating period tbh.