The original thread has loads of great stuff and is well worth reading. It’s getting long, so here is part two.

An interesting/odd one from the Quietus:

“When filming Rosemary’s Baby, Mia Farrow weighed 98 pounds, though Polanksi — another mean rapist Daddy — suggested she diet herself down to 90; so really, he was telling her to erase yourself, Mia. Undo your Self. Hollow your outline. There are men who really get off on the idea of female erasure” 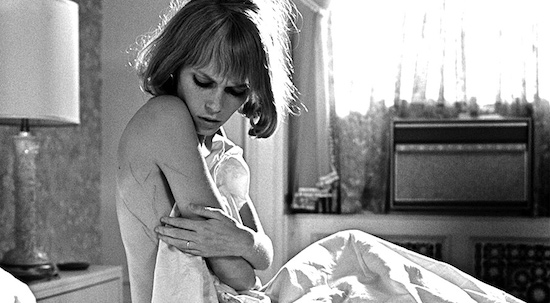 The Quietus | Features | Tome On The Range | Mia Farrow, Female Erasure & The...

In an extract form issue two of Somesuch Stories, through the lens of Mia Farrow Phliipa Snow considers the vampiric effect on and reaction of Hollywood's women of its men – the twisted and plentiful “Daddies”, looking for their daughter...

Not an article, but a video, since Beyonce performed pregnant at the Grammy’s this week:

Apparently Neneh Cherry was one of the first women to perform on TV pregnant.
From Wikipedia: Cherry notably performed the song live on Top of the Pops while seven months pregnant. When asked by a reporter if it was safe for her to go up on stage performing, Cherry answered, “Yes, of course! It’s not an illness.”

This may have been in the other thread, apologies if so. I found it interesting. 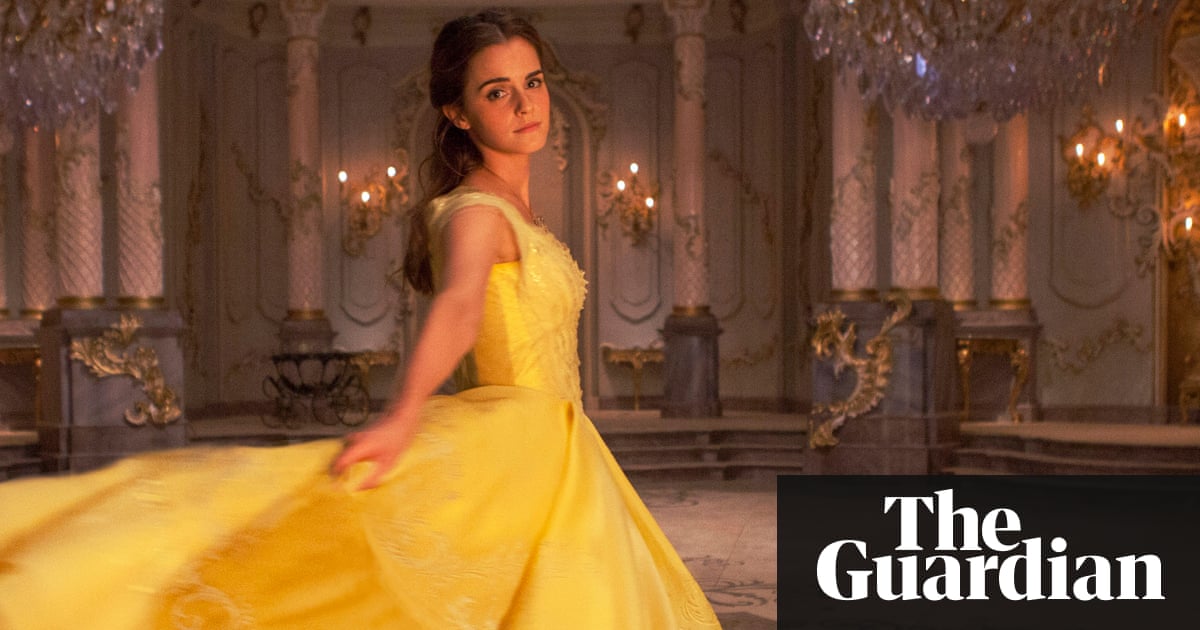 Emma Watson: the feminist and the fairytale

She’s about to star as the heroine of Disney’s Beauty and the Beast, but post-Potter she has received more plaudits for her activism than her acting

Bjork did it before that. People freaked out because they thought she was about 15

The Uber Sexual Harrassment case @1101010 was talking about earlier. The commentary on the article (with pending comments turned on) is well worth reading.

Death to tech bros and their nasty little culture.

A former Uber engineer has posted a hell of an account about her nightmarish time working for the company. There’s the disgusting manager sending harassing messages, yes, but the story’s true villain is Uber’s HR department, which appears to have...

I guess the comment from the article that sums it up for me:

“So many of these guys were “nerds” in school and now that they control money they are sick with revenge dreams and hatred of all “the women” who wouldn’t talk to them/fuck them on demand. Their behavior is a gross, sickly blend of how they think the jocks and popular kids acted, rage, entitlement and sulking.”

I found this interesting

If you like Return Of The Jedi but hate the Ewoks, you understand feminist...

“Return Of The Jedi is great, but the Ewoks are so annoying.” That’s a pretty common refrain from Star Wars fans. In fact there are whole fan edits dedicated to removing the little fuzzy bears from the film’s climax; I can only assume they’re made by...

Not sure I would call it feminist but I found this opinion super interesting. Certainly an angle I’ve not heard before and honestly I think she has a point. I occasionally have sub/semi concious doubts like that. Certainly in my younger days I would suppress my attraction for certain people due to the social capital aspects.

Why Does Dating Men Make Me Feel Like Shit? – Emma Lindsay – Medium

For the first time in years, I find myself feeling ugly. What changed was that I started dating men.

Thought this was interesting:

In the Spring of 2016, writer Jessa Crispin abruptly closed her beloved literary blog Bookslut and subsequently gave Vulture a fiery interview, in which she revealed that she was writing a new book on why “contemporary feminism is not only...

Crispin writes, “we only need note that the most common markers of feminism’s success are the same markers of success in patriarchal capitalism.”

A few paragraphs later, she adds, “Women who conduct themselves as ruthlessly and thoughtlessly as their male peers are not heroes, they are not role models. And they may call themselves feminists, getting themselves a free pass by many, but that does not mean they should be celebrated.”

“We keep losing women to participation in the system, instead of where they should be, which is insubordination. The idea that you can make the strongest impact by influencing culture from the inside is naive at best, disingenuous at worst.”

Jibes with what one of the female DiSers was saying a while back about how more women in executive positions isn’t particularly desirable cos capitalism is patriarchal and exploitative, oppressed becomes the oppressor etc. Will leave it here anyway.

Yeah, this is a thing.

An astonishing amount of men will invite you out for a drink, and rather than let you have a nice time in their company, will start making remarks about how much they like women who don’t look anything like you, or try to subtly boast about how many “much hotter” women they’ve got “pursuing” them, or just outright make little comments about your weight. Even when I was as thin as a rake, they still made out I had a “few extra pounds”, “you’re not as slim as you initially look”, or else I was the “wrong kind” of thin, or didn’t have enough boobs. It’s never an outright insult or boast, just weird sly little comments to try to put you on the back foot. Then they’re surprised when you go home early and don’t want to see them again and say you’re “imagining things” “crazy” “reading too much into everything” for feeling insulted.

I guess it’s a test to see how much shit you will put up with, and how badly they can get away with treating you. It’s not like stereotypical douchebag macho men doing it, it’s people who seemed perfectly fine and able to behave in a civilised way initially.

I guess at heart they are extremely insecure and pathetic. They want to feel like the big important man, but they know that they’re essentially a nobody, so have to pull other people down to feel big and impressive. The same kind of guys also treat you having things in common with them as some kind of blow to the ego. It’s not a positive that you also like the same music, you’re spitefully preventing them from being The Big Man Who Knows About Things And Can Explain To You.

The same type of guy will show you something on a musical instrument and then throw a tantrum when you don’t fawn on them. They never actually ask if you can play anything, they like to assume you don’t. It’s important to not actually tell them at this point though, because they’ll either treat you like a novelty performing dog or else demand a demonstration and nit-pick everything you do to pieces to smack you down.

There’s also that thing where men who sleep around are somehow “studs” yet the women they sleep with are “damanged”, “dirty” etc. Seeing as they only become “used goods” or “dirty” in the men’s minds after they’ve slept with them, it implies that the men are somehow imagining that their touch ruins and breaks things, but projecting it onto the women. “I am somehow so terrible that I pollute you by touching you, but I’m going to turn it round and make all the consequences fall on you”

It’s very much pushed on you living as a woman, from all angles, that the only thing of worth about you is your appearance and how much it pleases men. Nothing you do, nothing you achieve is ever as important. An extra stone in weight cancels out anything good you have ever done, and if you don’t look good enough, you are essentially worthless as a person.

It’s really, really, fucking depressing, and no matter how hard you try to avoid it, it’s a really hard message to escape unless you basically want to never consume any kind of media ever again and never speak to other people.

A lot of these men don’t really quite 100% grasp the concept of women being actual other people. They’re socialised growing up that they don’t have to listen or understand women, they don’t have to bother with “girl’s books” or “girl’s shows”, that would be degrading. Women having feelings is just an obstacle to getting what you want from them. They’re trophies or panini stickers you collect to show off in the playground.

Which reminds me, next time someone brings out the running “giant pile of money and beautiful women” cliche, I’m gonna bring it up, as I realised it kind of ties into the whole collecting women as interchangeable status symbols that can be collected in bulk idea. (Even though people are just wheeling it out as an old joke, that’s still the idea it’s based on).

A lot of the commenters however deserve to get buried in a landfill site.

I especially hate the common dating “advice” that if people are nasty to you, its because you’re trying to bat above your level or something, and you should lower your expectations, like it’s somehow ok to be horrible to people because they’re “not pretty enough”, and the problem is you not being “humble” enough and willing to put up with enough bullshit.

I’m reading this and agog at how some men are so awful. I’m honestly not trying to curry favour in here. Thankfully these are men I don’t recognise from my friends but there are so many dick heads out there.

Re the quoted bit, ive only ever seen it done as a Simpsons reference?

None of you are Rainer Wolfcastle.