Pretty happy with those as a first announcement. Has FD definitely moved to Brockwell Park then?

Seems that way but nothing on the website to confirm yet. Although if they’re updating the artists page seems they must be confident a venue is in place.

Lambeth Council’s attempt to compare Lovebox and Field Day with the Country...

Lambeth Council’s attempt to compare Lovebox and Field Day with the Country Show has been shown up as utter nonsense via a Freedom of Information request. 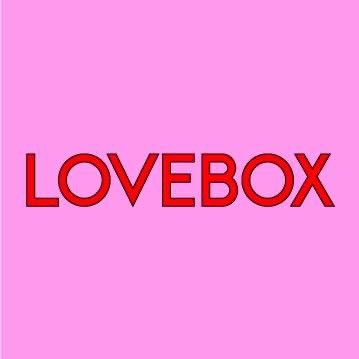 Lovebox is delighted to announce that it'll be taking place in West London’s historic Gunnersbury Park. Expect some amazing talent & the usual good vibes at our brand new home. Stay tuned for a line-up announcement on Tuesday 13th February 💘 All tickets are fully transferrable https://t.co/fIucQZdJw7

@NickDS - am I right in thinking you work over this way? What’s the park like man?

You’re right Jez I do. But I don’t actually know the park as it’s a bit further out and I don’t go past it. Looking it pics it looks nice enough and is pretty sizeable so…

thought Brockwell Park was confirmed a while ago?

A letter sent to local residents earlier this month confirmed details of the festival's move from East London's Victoria Park.

It was but so was Lovebox (they even started selling tickets for it) but appears that it’s fallen through, for them at least.

Brockwell Park is really hilly too, used to live right by it. Can’t think where any of the stages would go, there’s very little space with nothing at all in it.

they’ve held Sunfall there for the last 2 years, I went the first year and it was fine - last year apparently was an absolute disaster with queues of up to 5 hours for people to get in, but the layout was fine the year before.

i live at the top of herne hill so would ideally like field day to come to me rather than move to west london.

Ah there we go. Maybe Brockwell had to just let one go.

Absolutely no idea where on Brockwell Park they are going to fit the barn.

They confirmed it’s there, though (also with the tagline “Everything Ecstatic”, so Four Tet will be in there, presumably.)

Early bird tix are available £30 a day £50 for the weekend (links here) which seems really low.

Do we not know a few from the leak? I think it was Mount Kimbie, Thundercat and Nils Frahm? Although I guess we don’t know which day.

ooh I run round Gunnersbury sometimes. Nice big park, trees and stuff round the outside but mostly big open spaces. They’re renovating some old buildings there at the moment.