It’s probably peak uncool to like these, but they’re really good tho

New album out yesterday, and I’m a big fan from first listen. Sounds like it might be their most consistent records, loads of great tracks on there.

I’ve got an anatomical question about the album cover; Three right hands there. Which one isn’t theirs, and who’s is it? We have a right to know.

Haven’t listened to them since their first ep and seeing them support slow club in the joiners in Southampton. Liked that EP a lot, just never got round to giving them any time. Will definitely give the new one a listen at some point

Some beautiful songs on this album, don’t think it’ll end up being as adored as The Lions Roar but I love their voices. First Aid Kit at Rough Trade a few days ago. Great live as always. The new one is good but not great but worth checking out. The Lion’s Roar is an amazing album; easily their best.

aiee I am jealous. My tickets for the Manchester show did arrive yesterday though

I’m a fan of that second album but wasn’t fussed on the last one. Will listen

Big fan of FAK and think this is a strong release, some beautiful songs here. Particularly liking hem of her dress

They turned in a brilliant performance in Manchester the other night. I think they’re now at the stage where they can fill 90 minutes with absolutely essential belters.

Big Len would be loving this, probably. 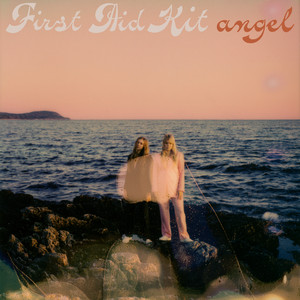 the new album is hitting the spot this morning
not re-inventing the wheel but they know how to write, feel-good autumnal folkness

Yeah, I’m really enjoying this. Their previous stuff didn’t really stick with me but I might have to go back and re-listen.

Revisited the new album after seeing them live last Monday.

The new album has improved for me but live the new songs sounded so much better. Something to do with the album’s production that needs tweaking. A Feeling That Never Came sounded so much more beautiful and sweeter live than on record.