First came the monkey Christ restoration, now St George has been restored into a bit of a gormless idiot

It’s not that bad really, in comparison. 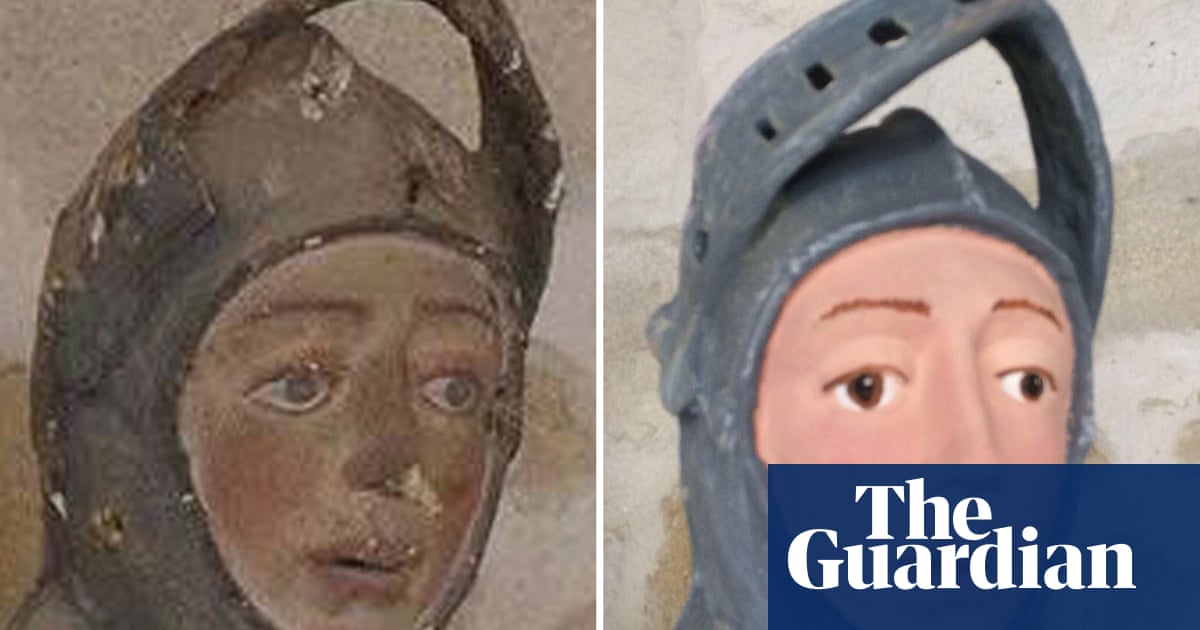 I’d go as far as to say they’ve done a cracking job.

One of the stronger tracks on Mogwai’s seventh album.

Don’t see what the issue is, all those classical sculptures used to be painted and looked fairly ridiculous by modern standards:

(I know this isn’t a classical statue, but the same is true for medieval art)

Original Greek statues were brightly painted, but after thousands of years, those paints have worn away. Find out how shining a light on the statues can be all that's required to see them as they were thousands of years ago.

Do you reckon the mayor of Estella secretly wanted it to be worse so he could get that sweet, sweet tourist bunce into his city?

Done a really good job on the helmet visor imho

Probably really pissed off he’s got a period-accurate recreation and not some monstrosity. I SAID GIVE ME MONKEY JESUS GODDAMIT

Nice bit of highlighting with Fortress Grey, if I’m not mistaken.

i think it looks pretty good

Also this: An attempt to freshen up the 16th-century polychrome statue has left St George with a rosy pink face and a bold, red-and-grey suit of armour.

Most suits of armour are grey, no?

still lose it whenever i see this. it’s so brilliant.

I actually noted this down as a potential future track name

Wait til this hits The Daily Express