A friend of mine is having a heated (3000+ comments) debate on Facebook with a Flat Earther. The argument pretty much boils down to “the bit I can see looks flat” vs years of actual evidence.

In believing the globe model, am I a victim of a vast conspiracy of heliocentric conmen?

If it isn’t a globe, do you give a shit?

Tell him to find the edge and send us a picture.

as was said in whatever thread turned into a hilarious flat-earther thread the other day (can’t remember which one sadly), it’s the best conspiracy theory because it’s just utterly pointless, what does anyone stand to gain from pretending the world is round? It’s in fact a large flat repeating pattern, explaining the illusion people have that you can travel all the way around the world - a bit like this (but obviously repeating as you head north or south too).

Be careful if you travel all the way around the world in one direction; you may meet your other-self and that way madness lies.

(Was it the terrible social media thread?)

It’s my favourite conspiracy theory, it’s just so daft and pointless. And so nonsensical in the face of provable scientific fact.

9/11 or fake moon landings there’s potential to find motive or cause (not that I believe them) but how do you get to believing the earth is flat or reading the theory and going ‘sure, that’s correct’.

i wonder if @moker is a flat-earther

maybe it’s just our eyes that are curved

wait a minute, shouldn’t it be the other way round if you were trying to prove the earth was flat?

not just eyes. Arses are curved too.

Fell into a proper wiki hole looking into this the last time it came up. It basically is “looks flat to me, bruv” then twisting any facts to fit that conclusion. 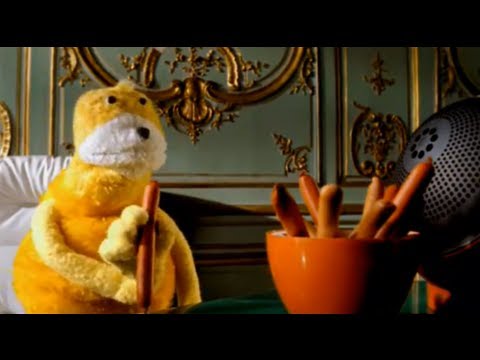 Don’t be a prick.

He’s more into the moon landings being fake.

it’s the best conspiracy theory because it’s just utterly pointless, what does anyone stand to gain from pretending the world is round?

Y’see when I first heard of the Flat Earth Society and what have you I thought they were a loose collective of people who self-consciously and not-that-seriously used the principle of the earth being flat as a means of almost philosophical experiment. Sort of like a self-help kind of logic whereby you don’t wholesale reject your (I suppose, Cartesian) sense of how you personally perceive things in the face of evidence to the contrary. I don’t think I’ve explained that very well but in essence I thought they were using the Flat Earth concept jokingly/ironically. Or that’s at least how someone explained it to me.

Got older and realised that in fact there’s a notable caucus of people who actually believe the world is actually flat. Which was a bit of a downer to say the least.

The first question in the FAQ of one of the wikis I was reading is “Is this a joke?”

It’s just the best conspiracy. I spent ages lurking on a Flat Earther forum years ago, my favourite bits were how gravity really works (the earth is constantly racing upwards so when you jump the world moves up to meet you!) and what’s at the edge of the world (their theory was that the world is like a big disc with an ice wall at the edge. What’s on the other side? No one knows - they are guarding it…)

Occam’s Razor is not something they use often.

Heh, yeah. Or “What the fuck is wrong with you people?”