and hire the bloke from Crowded House, apparently. 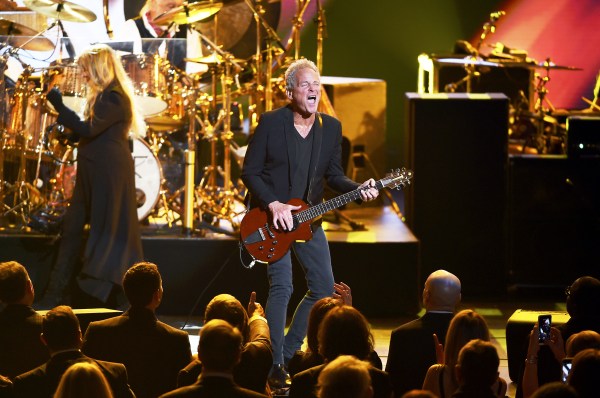 weird. what year is it again?

One of my FB friends was talking about this. I didn’t actually know FM were still an ongoing thing, I just thought they’d managed to stop trying to kill each other long enough for a Rumours play through tour a few years back.

Anyway, we’ll always have the albums people care about, eh?

I do actually want to do a concerted effort to listen through the really early stuff with Peter Green to see how they’ve changed.

That album he did with Christine McVie last year wasn’t actually too bad.

Is there a band out there with a more fragmented lineup than Fleetwood Mac? I guess Mick Fleetwood is your ultimate glue but it does seem like a really crazy history.

Feels rare to see a band reform for a live thing and all seem to be performing like they really mean it rather than they really need the money or for reasons of obligation.

Don’t care what anyone says, this is brilliant

Agree - as is this

Good luck to Messrs Campbell and Finn giving this a go…

I think because I came to them so late and via different albums they always just seemed to be Smith + rotating hired goons, but yeah good call.

Same could be said for The Cure?

I mean I have no idea about his guitar playing. The guy is way above any level I could aspire to but it’s not like I haven’t seen others finger pick in that style too (and he has a delay on so that sounds nice and big - I love a good use of delay).

I assume you need two people to replace him more because of the incredible vocal range he can do?

This news was mentioned on another music board. It seems it’s a bit more complicated than “Lindsay was fired”. The rest of the band wanted to get organised and go on tour; Lindsay did not want to or wasn’t ready. That really only left them the option of touring without him, and that meant getting one or more replacements on board.

Whether you want to call that Lindsay quitting, Lindsay being fired, o just a parting of the ways, is largely a matter of semantics. Of course the word “fired” is a nice emotive word that gets readers’ blood up and sells news copy.

As for Neil Finn - I have nothing but admiration for him as a musician, but I can’t imagine him being a good fit with FM.

Two guitarists now, so one can do the bass notes with the other doing the rest.

News of Buckingham’s departure initially broke when former Fleetwood Mac guitarist Billy Burnette shared an April 4th tweet that has since been deleted, saying: “Breaking news: Lindsey Buckingham is out but I’m not in.”

is in the article, it’s hardly a massive leap to suggest that Lindsey’s absence was not by choice.

Fired sounds like he won’t be back. Maybe he’s just not in this tour? Odd