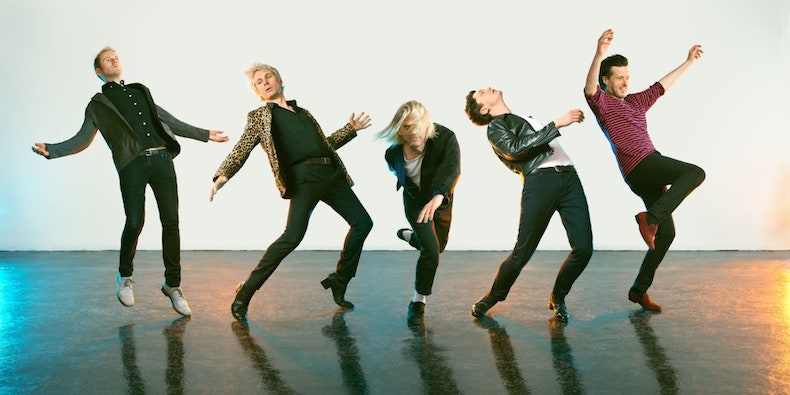 Kind of just nice to know they still exist, like seeing a social media post from an old friend you stopped talking to at about 13
Absolutely no chance anyone’s listening to this though

Considering the venues they’re playing I have to assume they’re still moderately popular. They should probably do a Best Of album or something at this point though.

Every single album of theirs is listenable, and certainly entertaining.

The remix album Blood, of Tonight, is brilliant.

Might be a good idea. Think they’re just keeping their foot in until they can do the whole 20th anniversary tour of their debut.

Last album was the best since the debut IMO; really tight, chock full of tunes. Weirdly i was thinking about it when i heard the new Horrors, it has the same vibe; they’d wobbled and so they needed to come back strong and did.

Always did pretty good B sides didn’t they?

I’ll listen to it cos the last album was great

Still reckon their second album is best though.

My mate (well, acquaintance) Julian has joined them which is pretty mind-blowing

I would buy this.

Really liked the FFS project there is still life in them yet. Will check it out and they are always fun live.

That gap between the second and third album did for them didn’t it? Well, it was the point at which I lost interest anyway.
Very fond memories of the first two records though, so good luck to them

Didn’t the singer lash out against safe spaces and some such? There was some reason they’re cancelled, anyway.

really, really don’t get this. few people have said the same.

the first one is so overplayed and its a bit annoying. second one is just really fucking solid

then again, i fucking hated them when they first came out

Absolutely one the best albums of the past few years