I just know that if I were in her position, or any other position of fame, I wouldn’t want to do press. Not even regarding mental health, I just wouldn’t want to feed the circus. Personality is immensely important on the court - the likes of Thiem and Andujar have it in spades - and I do agree that getting to know the players is pretty important for popular. But I’m always of the opinion that in sport, music, film, whatever you want to name, the craft is more important than the player. Unless we’re talking about someone like Zverev, who deserves to be derided given the domestic abuse allegations. I personally feel like Osaka hasn’t done anything worthy of ire, so her stance about press doesn’t bother me.

And yeah, the way Osaka worded a few things like you quoted doesn’t sit that well.

I dunno how constructive it is to pick wording apart in a statement about mental health when the message is so clear though?

the message wasn’t entirely clear tho and i think that’s part of the problem, it’s been interpreted by various people as anywhere between ‘i’ve been struggling with my mental health so will take some time out of press conferences’ to ‘i think press conferences are innately harmful because athletes face questions which introduce doubt into their minds’

both of the above are valid btw but they’re gonna lead to different reactions from people.
her sister’s response clarified it a bit

Mari Osaka, Naomi's sister, has provided a lot more information about Osaka's decision to skip press conferences. "Naomi mentioned to me before the tournament that a family member had come up to her and remarked that she’s bad at clay." reddit.com/r/tennis/comme… https://t.co/5EB0c2JWn0 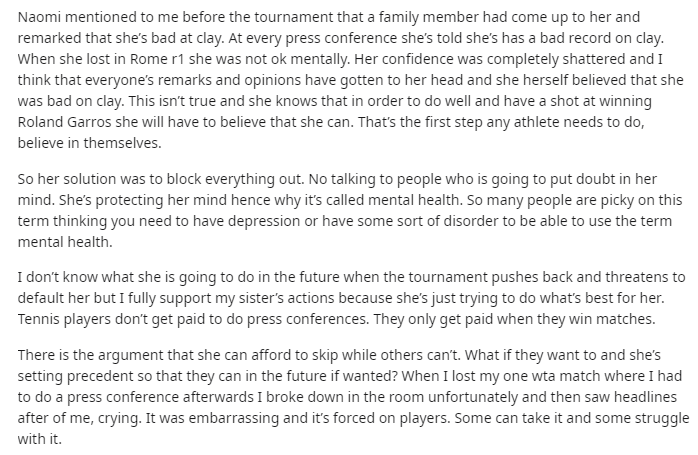 last paragraph is the most compelling imo, clearly putting players in a room on their own in front of 20 odd journalists after a loss isn’t the way to do it

Really thought Juvan was gonna do it for a while. Swiatek was working her so hard in those final few games though.

feel so sorry for Andreescu. still remains a total enigma outside of hardcourts cos of all the injuries she’s had

slam title and two 1000 level titles + a final on hardcourts, only 9 WTA matches played on grass and clay combined

could Osaka pull something like this? it’d probably be what I’d do if I was in her shoes. the press conferences (in most other sports too) are bullshit tbh and should be probably reserved for big events like the final or whatever 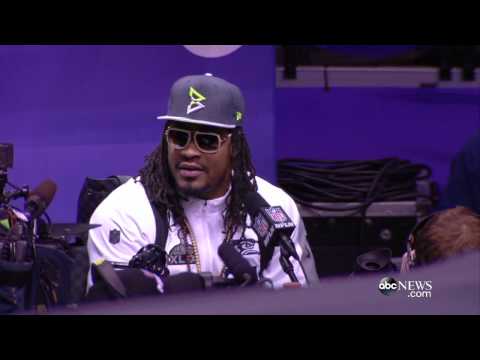 best suggestion i’ve seen are to change the format of the pressers so that they’re less isolating for the people being asked questions, and make them optional or with a financial incentive for participating (not that the fines make any difference to Osaka, she is incredibly wealthy and they are paid into a player development fund tbf). also to introduce a code of conduct for the people asking the questions

I still think they have some value, some journalists like Ben Rothenberg have used press conferences to challenge players to e.g. speak out on the Zverev domestic abuse stuff.
also as a nerd i really enjoy reading the transcripts from a lower ranked player’s presser after a big win

whole thing’s become a massive storm in a teacup though given how little most people care about them. says a lot that it’s ended up being a bigger news story than the Zverev thing 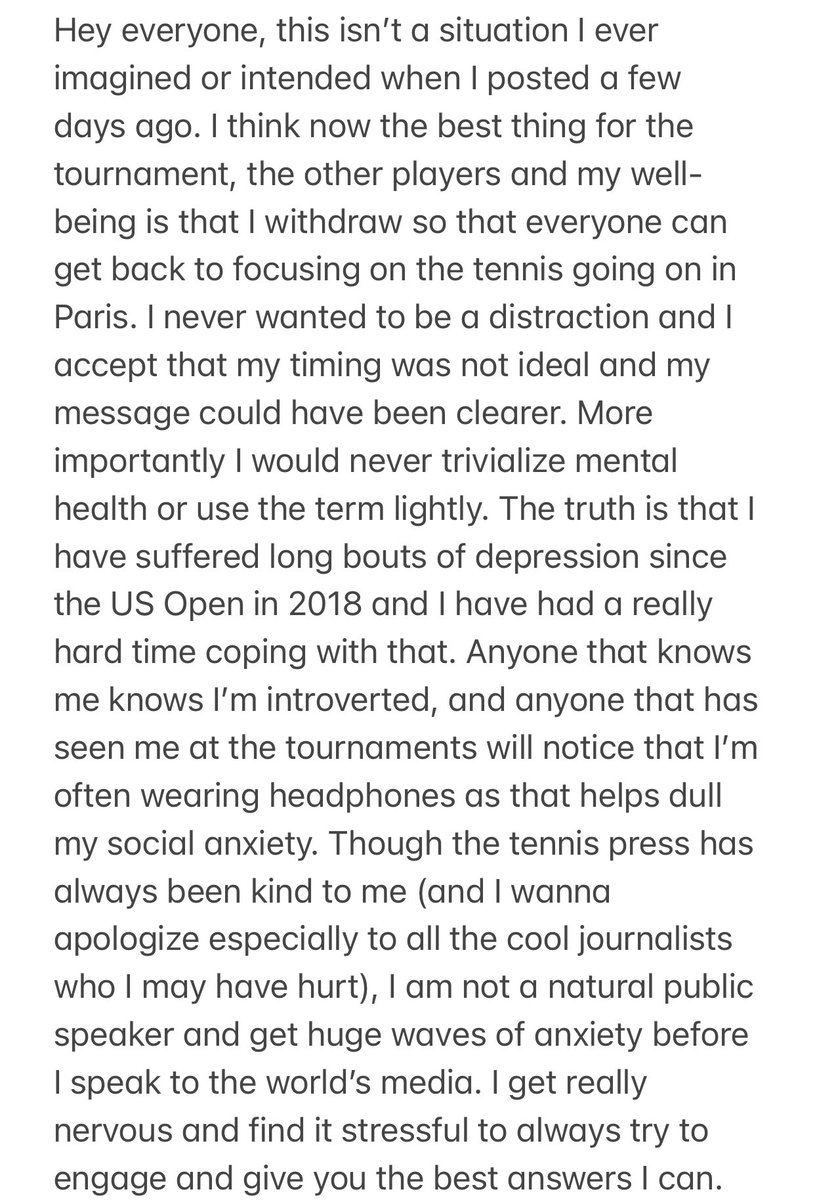 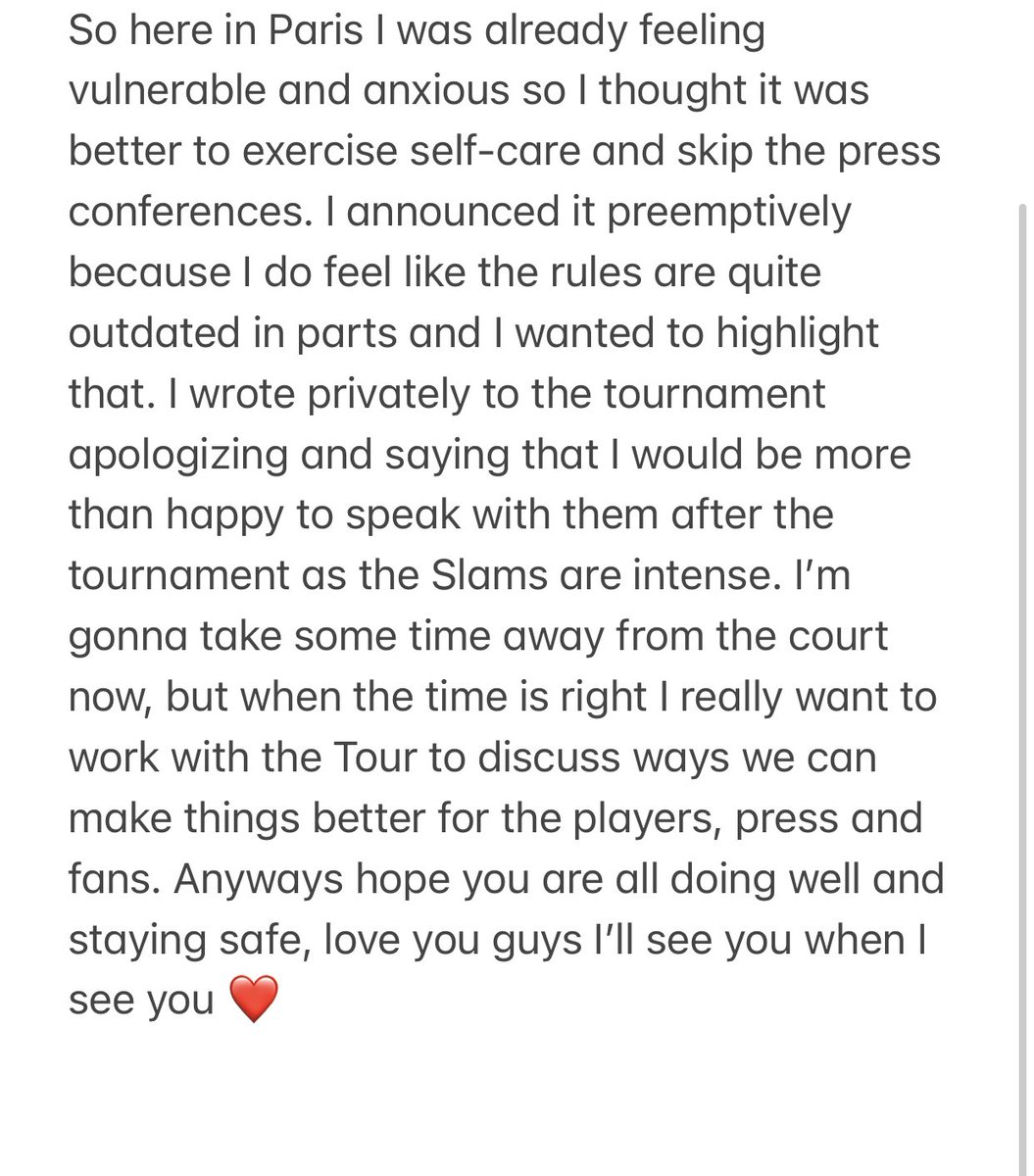 Gutted to see that, really hope she looks after herself

The way the slams mobilised to release that statement yesterday was an absolute shitshow, dunno what they expected to come out of it

Ahh fuck this is bullshit

I guess what I was (badly) trying to express was that they shouldn’t lead to different reactions? idk

Found the defence/disagreement of her stance “press is important to grow the game’s coverage” really odd tbh. People watch sport cos of the action on the pitch/field, almost nobody outside of any given sport’s hardcore fans really care about some bland interviews.

Maaaybe it’s different with Tennis as I’m only a casual fan, idk. I’ve probably watched a couple of hundred football matches in the last few years and under five post-match interviews though, wouldn’t bother me at all if they went.

Yeah, I get your point. I wish I hadn’t been so nitpicky in my posts, I’m a long term Osaka stan and was posting through that lens but I should’ve made it clearer that I supported her instead of fixating on how her statement would be received

Properly gutted now, this is so shit

so sad that she feels that this is the the option. Think she’s been totally hung out to dry by the authorities.

Didn’t SAF get fined a decade or do ago for refusing to do post match interviews?

Was expecting this to be a joke that lead to some denouncement at the end. Turns out that this might be someone’s (this ain’t journalism) actual opinion:

Naomi Osaka has this all wrong

Had completely forgotten about Ferguson. Wasn’t his beef with the BBC/MOTD specifically? Can’t remember what the argument was for why he had to do it, was probably similarly rubbish claims.

Your second sentence is bang on, sadly.

Think she’s been totally hung out to dry by the authorities.

She’s been forced to go public about her depression and yet SHE’s the one that’s apologised.

Everyone involved from the media to the tour and slam organisers should be hanging their heads in shame right now. Doubt most of them give a shit though.

Funny how clearly I remember this.