Fri Eve is upon us once more praise be

Upside of my evening is this is available on delivery here Opened a beer, listening to some music, mainly chillaxing and then my girlfriend is off to see a pal so I’ll eat a pizza, play some Xbox until I get too frustrated that I’m stuck in DS2 and then maybe watch some telly or just play some records instead.

Offt. Look at those beauties

Out for drinks with old work friend and her TV shortly. Feel weirdly stressed by it? Guess cos they’re visiting and everywhere we’re going is on my suggestion lol, feel responsible to make sure we have A GOOD TIME

Anyway, will have odd beers and maybe some cocktails and be nicely booked up come midnight I’m sure

Weird day. Went to work for a little bit then been at a family friend’s funeral and wake. Was supposed to be picking my mum and sister up from the station so my dad could drink earlier but he cba in the end so now I’m at home watching Judge Judy and waiting for them to drop us off a chippy tea. Not feeling good for a number of reasons lads ngl.

What kind of delivery? If It’s a severed head I’m going to be very upset the address will be different from last time!

Got an NTS show on at the moment. Exact current song is this which I’m enjoying 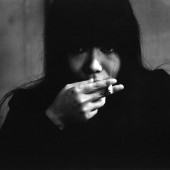 'A good place to start... Her basic sound and image were interior-life bohemian, and in some ways she was cagey with her talent. She didn’t belt or improvise broadly. She picked a limited range of notes and climbed into them, applying a pinch of...

Retrospective of a Japanese singer I’d never heard of before, impossibly cool smoky blues and R&B influenced by American music.

Foiled at the first hurdle!

Watch out for a PM then

Seeing Everything Everything in Leeds shortly which is my first big gig since before the pandemic. Feels surreal and also massively exciting. Currently awaiting a pre-gig burger and cocktail at Almost Famous.

Aw man that sounds like the dream gig back for you!

About to drink wine and have a catch up with my atd over facetime!

Thinking about what to get my best mate’s sister who’s also like a sister to me for her 40th this month. We’ve planned a little night out for her, but I’m a bit stumped re: gift. She’s got three young kids and her partner isn’t on the scene so as much as some bath bits to relax sounds like a good present in theory, she never has the chance to use them. Think I’m just gonna make her some vouchers for babysitting duties- sounds like a rubbish gift in theory but I reckon me saying “give me 24 hours notice and I’ll be there with bells on to make sure the little shits don’t set anything on fire or kill each other for a few hours so you actually can go for a drink or even just have a long bath” might actually be the best gift I can give her. I live 5 mins away and can even feed them cause their favourite food is pesto pasta and tomatoes and even I can manage that.

Edit; I do babysit every now and then obvs but I know she hates asking so I think maybe a voucher will make her more inclined to be like “oi Kermit I’m cashing one in, thank you!”

Doing a fire sale if anyone wants an affordable switch

Finished Kirby. Now saving for a holiday to Latvia for this summer and decided (already!) That the switch just isnt for me anymore (impulses got The better of me AGAIN!) So of anyone would like a gen1 switch for 110pounds (plus poatage or collection Brighton) let me know. Does not include joycon holder [16488272812117689178264172340188]

Gonna drink a beer and eat a curry. Absolutely done in so it’s nice to have a quiet one.

Indeed! Been so nervous about something going wrong covid-wise but it’s actually happening!