Too much work on that all has a similar deadline to my MA. Feel really stressed at the minute

Anyway working from home today, not sure about tomorrow, and got a tour on Sunday that’s had very few bookings for some reason (is there something happening on Sunday i dont know about?) Really need some more people to come along or else I’m losing money on it.

Was maybe going to have a day out but both R and I are a bit sniffly so maybe not. This would also likely curtail weekend plans, if I had any.

We sell all three at work, and comedy options. How quickly can you get to Devon?

Alright. No real plans today. Try not to be tempted into spending dosh I don’t have on wanker beers. Tomorrow I’ll be in the pub for the toryball all day and a curry afterwards. Sunday is wedding oriented planning family day.

Just phoned the school to tell em my son’s not coming in cos he’s protesting. Well, he’s enjoying a lie in right now, but he will be later

I’ve got a bit of a lurgy which is getting me down a bit, but not lurgy enough to get any sympathy or not work or anything

Got to take the car for its MOT retest in a bit, while they do it I’ll go to the nice cafe again where I saw Nick Cave last time I got an MOT retest

No huuuge weekend plans. Prob movie and pizza with the kids tonight, Brewery beers with a few friends tomorrow night. Hopefully Sunday I’ll be well enough to cycle and finish the fucking painting after

Have a great day everyone

Off to see some nasty doom action tonight and have #spmepints. Gonna be getting my sauce on tomorrow and having a Marvel movie catch up on Sunday. Should be a solid B+ weekend at the least.

I was up too late making silly drone noises last night though. Sleepy.

I hope you’re all well and you have splendid, A- minimum weekends.

No card. People who see each other face to face on any sort of regular basis shouldn’t give each other birthday (or Xmas) cards.

This was silently passed in the referendum forum yesterday (I didn’t raise it but it would have been passed if I had).

Does everyone dress like cast members from the musical cats? Cos if they don’t they should

Well “every class is unique” so a Friday class might mean we’re some other sort of hot animal.

Being very clever, I remembered to take out some frozen but still raw croissants yesterday evening, so that they might rise overnight. Pleasingly they did. However what i didn’t account for was that if go and sit down to eat my porridge next to my wife while she blow dries her hair, I wouldn’t be able to hear the blasted buzzer buzzing. This utter fool might have slightly overcooked the croissants. Still edible and tasty but with a distinctive sheen of regret.

Not much planned for today. Tomorrow we’re off to London to see some friends to listen to psychedelic music and watch Yellow Submarine. They’ve apparently got the blue ray edition. I’ve only ever seen it on VHS in the past, so I’m a tiny bit nervous, but everyone else has seen the full version, so hopefully it will be good refreshing fun.

Apparently someone doesn’t want to go into the kitchen in their bare feet, so it looks like I’m got to go and put the towel wash on now. Have a good day, everyone.

Day off, in bed with the GF. It’s my birthday too, so day of fun planned, yay!

some other sort of hot animal

I agree it’s bloody weird giving Christmas cards to people you live with. HAPPY CHRISTMAs HUSBAND cards are wtf.
But a home-made card for V day/birthday is a lovely thing.

Say it quietly but I think, I think I may be on the mend. Today is the first day I can breathe out of my schnozz which is nice. 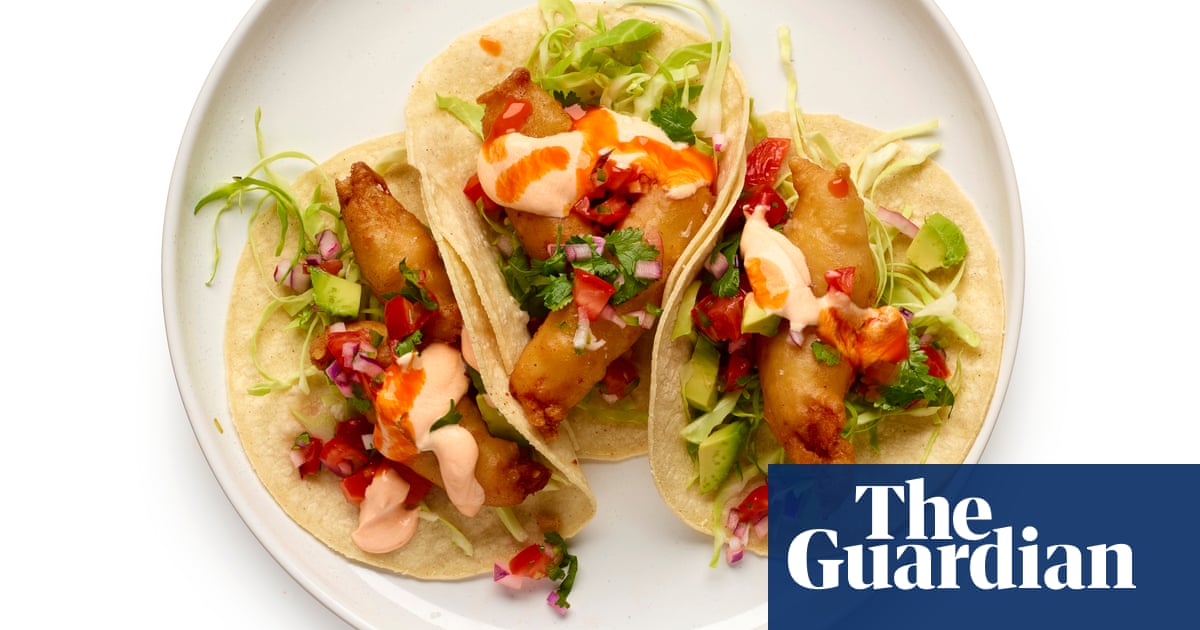 How to make the perfect fish tacos | Felicity Cloake

If good fish tacos aren’t on your local takeaway menu, they’re fun to make at home – and here’s how