Instagram is such a mess now, the fact you have to change it every time to see posts from people you follow and it’s. Or even obvious you can do that.

Also wish I could remove videos/reels from appearing, and hate myself when I click and waste time on it. However the algorithm finally pushed the right kind of content… Yeah, I’m also so sick of hearing the same songs over and over again too. Someone I like who does cool sewing stuff just posted a video with that corn song where she’s doing lots of silly things with corn. Please no, stop.

We had new carpets put in yesterday.

In the evening poor old Niknak (the cat) did a runny poo. She was locked in the kitchen the whole time but obviously the smell of the adhesive etc was there.

Anyway, woke this morning to what can only be described as an accidental dirty protest.

Luckily none on the carpet that we’ve found but on the other hand poo smeared on:

It no longer lets you snooze suggested posts for 30 days either. So annoyed. Don’t want to delete the account but the only reason I like it is to see what my pals and bf are enjoying

So I just look at stories now, no point in the feed. Have deleted the app, so don’t go into it much, seems like more broadly it’s just a place for socially acceptable creeping on young women and adverts.

If you use the ‘following’ feed then you do at least get no/minimal adverts and every post in date order. You still get your friends’ videos in there though.

The Child has a training day at school so I’m working from home so she can watch YouTube.

I’m doing some marking online as my class completes things but haven’t had anything to do for twenty minutes. I’m having a coffee.

Feel your pain, I shouldn’t know that song but on reading the post it played in me head.

As @Scout says stories and not scrolling down seems the way to go. Fair few local businesses use it so sticking it out mainly for them and my one friend who seems to only message through it for some reason.

Meta really showing what data they care about. Shockingly bad to not for the system to not learn what an unfollow means.

Puppy jumped into bed and scratched my nose in excitement causing blood to go over the white sheets. Luckily im so in love so fine!

Just about got the kids in on time so that was a success, youngest has gone back today after a week off. Sorting out our halloween window display later and will try and come up with some kid friendly spooky film to watch.

Trying to think of something nicer with rice for dinner also, kid friendly.

Had this on this morning also and it’s just beautiful. A really lovely album for a morning like this… 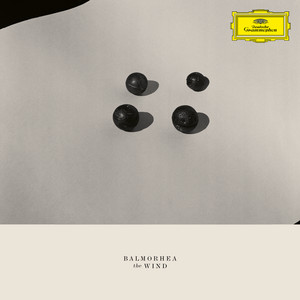 Indeed, makes it hard to disconnect from the platforms. My parents struggle with not having social media as lots of businesses use Facebook and Instagram around here.

Hey I forgot everyone was in the office when I just said “alright! Steady!” in the bathroom as a response to my own fart

That’s a very good point, I never thought of that aspect

My mum doesn’t have a smart phone, and is beginning to find it really hard going.

Hanging out in London which is fun. Kiddo is sick which is not fun. Thankfully, some work I had to do today has had its deadline pushed back so I don’t have to do it today which is pretty great. Can focus on lazing around instead.

I’ve had a very busy day so far, and this is the first chance I’ve had to catch up with the daily thread. Thankfully the only meeting I had in the diary for this afternoon has been cancelled. Woohoo!

No records to collect or any other errands to do in town today, so I’ll just have to go to the Basketmakers at lunchtime because I want to. “Draw your favourite thing… No, your scary favourite, not a sandwich.”

Scary Bat has a theme tune and I can’t stop singing it.